West Greene Swept At Daniel Boone Ahead of Break 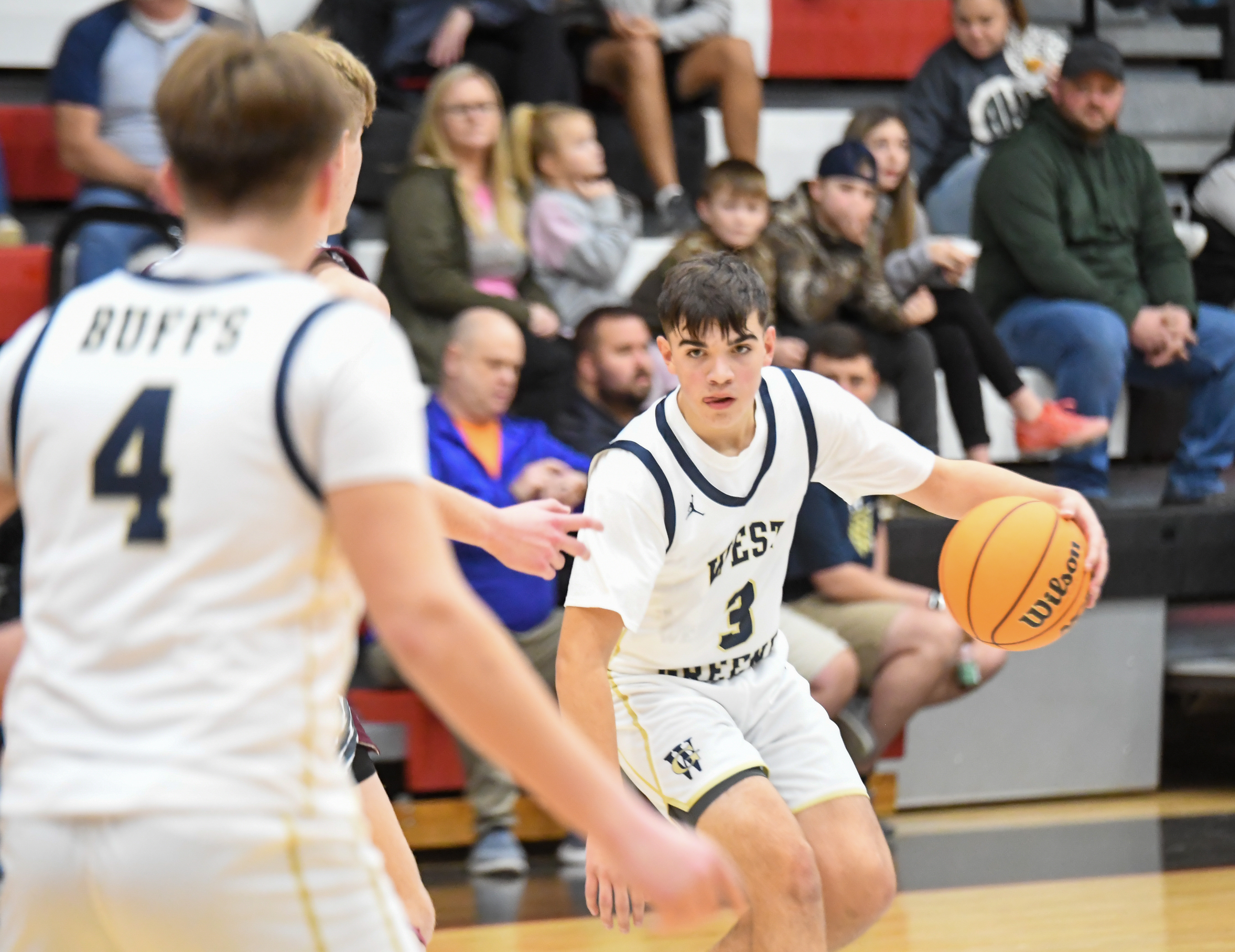 West Greene Swept At Daniel Boone Ahead of Break

The West Greene boys were shorthanded on Thursday night at Daniel Boone, and could not keep up with the Trailblazers in a 76-56 loss.

Coach Allen Tolliver only had eight players at his disposal on Thursday. Austin Wampler was a game time decision and that decision was a no go, while Evan Deringer was out ill. Deringer has been providing several valuable minutes off the bench in recent weeks.

Ethan Turner started the night with three from the elbow to give the Buffaloes the early lead. Henry Hamlin hit two shorts shots in the lane then a deep three as the quarter was winding down and the Trail Blazers had a 18-9 lead.

To start the third quarter Turner hit a jumper from around the free throw line, then he sank a little jump-hook on the baseline while he was fouled. He hit the free toss to complete the old-fashioned-three-point play. Frye got a rebound and went coast to coast for the layup and cut the score to 40-35 midway through the quarter, and it looked as if the Buffs had life.

Livingston and Landon Kirkpatrick took over from there and before the Buffs could regroup the lead was back out to double digits.

Coach Tolliver said “It was one of those night when they were letting them play then all of a sudden the whistle starting blowing."

That whistle didn’t go in favor of the Buffs, and the Blazers were headed to the fourth quarter with a 55-39 lead.

The Blazers kept the press on for most of the second half en route to a 20-point win 76-56.

Tolliver Added “We’ve now played four games in six days, we’ve suffered injuries and we had to bring up a freshman just to have backups, but we had our chances out here tonight and things didn’t go our way….the effort was there the intensity was there, my guys are just tired…we need this break”.

Turner led the Buffs is scoring with 26 while Frye chipped in with 17. Livingston led all scorers with 31, Livingston was 13 of 14 from the free throw line while West Greene as a team only attempted 14 free throws.

With Morgan Brown on the bench in a leg brace and on crutches, head coach Betsy Shaw at home ill and the Lady Buffs playing on the road…the odds were against West Grene on Thursday night. Daniel Boone took advantage and took an 80-26 win.

Earlier in the year Coach Shaw missed a game due to illness and assistant coach Kayla Norton brought home the win in the Hardees' Classic at Daniel Boone, but on Thursday she and her Lady Buffaloes ran into a buzzsaw. The first quarter was not kind to the Lady Buffs as they only scored two points while giving up 27.

The second quarter was not much better for the Lady Buffs while the Lady Blazers seemingly couldn’t miss. Junior Kyleigh Bacon scored 19 of her game high 23 in the first half and Freshman Andrea Flores added 17 of her 22 in the first half. Coach Norton tried every possible combination but there just wasn’t an answer for the duo of Bacon and Flores.

The second half saw a running clock and the reserves playing most of the way, but coach Norton kept coaching like the score was tied but in the end the Lady Blazers were too much for the visiting Lady Buffs and the game ended 80-26. Madi Brown managed to reach double figures with 14 points to lead the Lady Buffs.

West Greene will be back in action on December 27 in the Ladies Classic against Pineville, Kentucky.