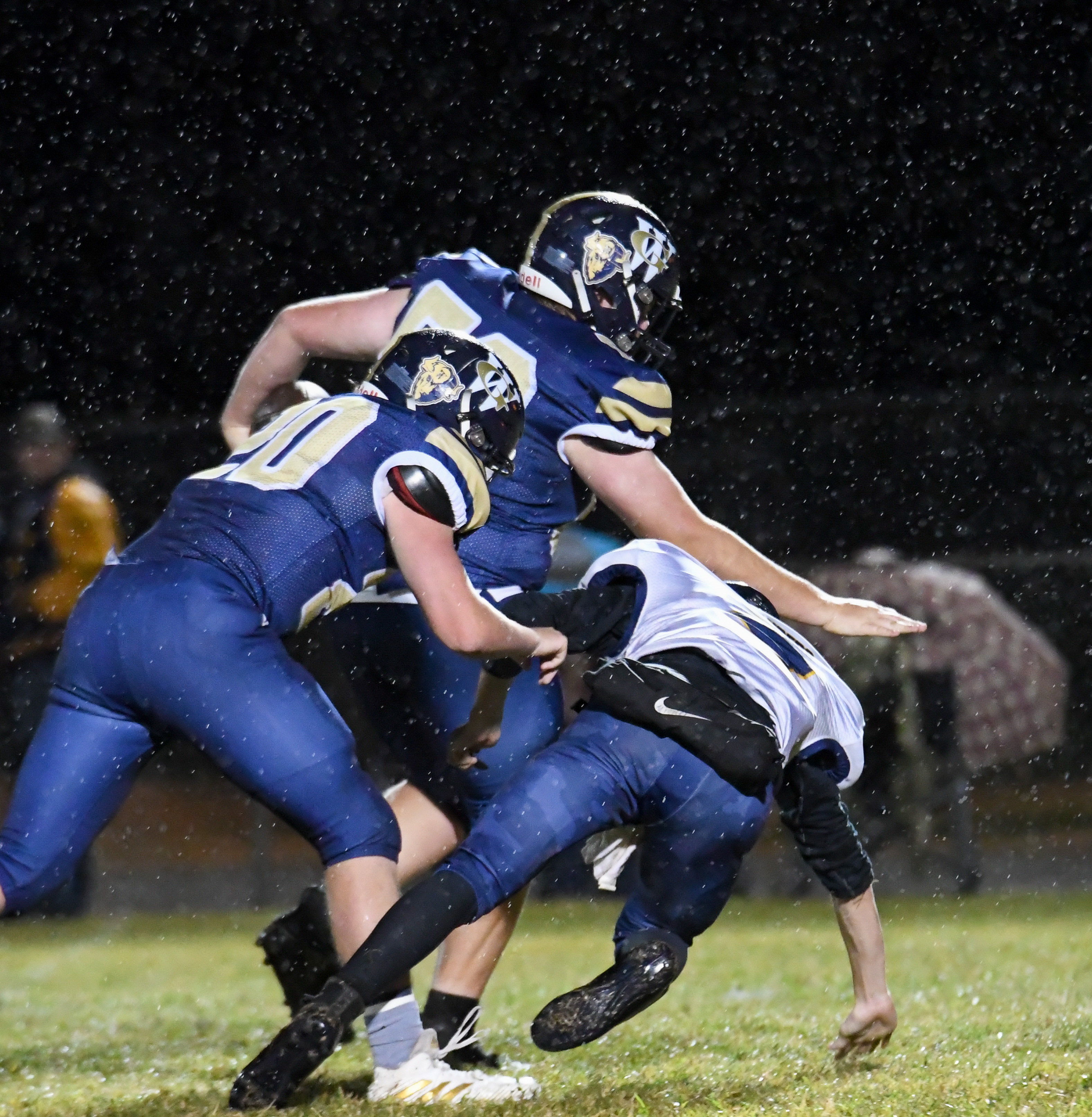 West Greene’s defense left the homecoming crowd gathered on the Range smiling after shutting down one of the area’s most prolific rushing attacks on Friday night.

The Buffaloes’ offense did its part as well with quarterback Jaden Gregg tossing four touchdowns in a 42-0 win over Cloudland.

“This is a great win for us, they are one of the top programs in the state in 1A,” West Greene coach Scotty Verran said. “Being able to hold them to zero points was huge for our defense. We knew they were going to be a physical football team, but our defensive line controlled the line of scrimmage, and our linebackers were flying to the football.”

With the win West Greene improves to 6-1 on the year, its best start since 2014. If the Buffaloes can win two of their final their three games against Cherokee, Unicoi County and Chuckey-Doak they could match the best regular-season record in program history. West Greene has never won nine games in the regular season.

“This has been a result of the hard work they put in the offseason, these guys worked hard all summer,” Verran said. “We’ve been getting better all year. We are learning from our mistakes, and we are not making the same mistakes twice.”

Cloudland running back Gage McKinney entered Friday’s game having already crossed the 1,000 yard rushing mark in first five games this season and last week against Cosby he ran for 336 yards. On Friday the Highlanders handed the ball to McKinney 22 times and the Buffaloes held him to just 75 yards on those carries. In total Cloudland managed to gain just 107 yards in the loss.

The Buffaloes got the scoring started on its opening series. Ethan Turner sparked the drive when he picked up a tough four yards on a fake punt. Gregg followed that with some tough running of his own. He escaped the pocket and charged up the left boundary where he bulldozed one member of the Highlanders’ secondary before finally getting dragged down for a 32-yard gain.

Two plays later Gregg made Cloudland pay for putting single coverage over top of Turner when he delivered a strike on a slant for a five-yard touchdown and a 7-0 lead.

After the defense got a fourth down stop West Greene wasted little time stretching the lead. The score came when Gregg let a ball fly down field and Austin Wampler ran under it along the left side line. Once he got behind the defense no one was catching Wampler for a 40-yard touchdown and 14-0 lead.

With a two-score lead nine minutes into the game West Greene made the ground-and-pound Highlanders uncomfortable. Cloudland’s methodical offense is designed to play churn yards and run the clock, but that is a hard game plan to stick to when playing from behind.

“In their offense if they get behind you make them do some things they don’t want to do,” Verran said. “You have a big advantage if you make them try to catch up. That made getting in front early really important.”

West Greene’s next drive got going with the hard running of Turner with the Buffs working out of a double wing formation. He had gains of 14, 11 and 13 yards on the ground before Gregg found him on a deep drag moving across the formation to the left that ended in a 31-yard touchdown reception with 8:47 left in the first half.

Cloudland held possession for the rest of the first half. The Highlanders moved down the 10-yard line with 2:20 left but the Buffs held strong. Helped by penalties Cloudland snapped the ball six times inside the 10-yard line. The final play was an untimed down from the 1/2-yard line where West Greene stuffed McKinney to preserve the shut out.

“It seemed like they had five fourth-down plays right there at the goal line, but it was great test of our manhood,” Verran said. “We bowed our backs and didn’t let them score, that was really big going into halftime.”

On the drive Cloundland picked up five first downs. It had no first downs before that drive, and just one after it.

West Greene started the second half on a short field and four-plays into the third quarter Wyatt Moody took a handoff up the middle and trotted across the goal line for a 28-0 lead.

With 6:04 left in the third quarter Roger Marshall cleared a lane for Hunter Gregg to cruise around the right side for a six-yard touchdown and a 35-0 lead.

Zach Carroll got the home crowd fired up late in the third quarter when he scooped up a fumble by McKinney. The defensive tackle returned it 23 yards to the two yard line.

The final score of the night quickly followed when Baxley Britton battled a defender to haul in a six-yard touchdown pass from Jaden Gregg for a 42-0 advantage.

Gregg finished the night 5-of-8 passing for 84 yards and four those passes finished in the endzone. He also ran for 59 yards on six carries.

“Last week I think was a spark for Jaden,” Verran said. “He did some things that we had been kind of expecting all year, and he continued that tonight. He can hurt you with his feet and his arm. This was another great game from him.”

Moody ran for 61 yards and touchdown, while Turner had 36 receiving yards with two touchdowns and 52 rushing yards.

Kalle Nagel was a perfect 6-for-6 on extra points for the Buffaloes.

As a team West Greene ran for 213 yards and finished with 297 yards of offense.

The Buffs will be back in action week with a trip to Cherokee.