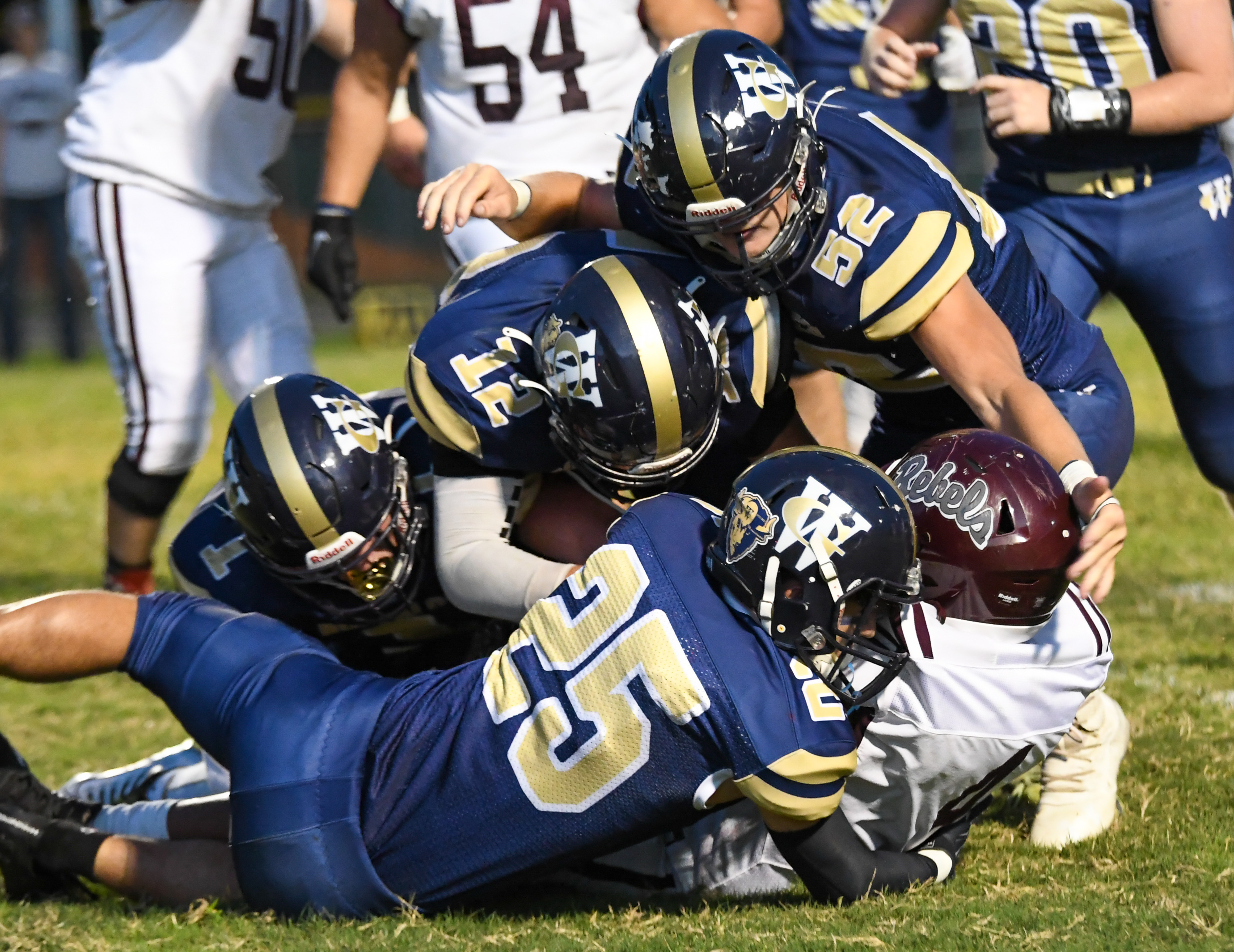 Friday night is homecoming on the Range as West Greene faces a tough test with Cloudland coming to Mosheim, and the Buffaloes are prepared for a physical football contest.

“They are going to roll in here and play physical and hard,” West Greene coach Scotty Verran said in his weekly coach’s show. “There is no quit in these guys. They have played some tough competition, but they have played well even in their losses. We are going to have our hands full, and we have to step up our game.”

Cloudland played in the Class 1A state semifinals game a year ago, but they enter Friday’s contest with a 2-3 record. Verran warns not to be fooled by the win-loss mark because the Highlanders have played some tough teams like Hampton and Rockwood along the way.

Last week the Highlanders took down Cosby 40-24 and in that win Gage McKinney ran for 336 yards on 36 carries with four touchdowns. McKinney has already crossed the 1,000 yard mark halfway through the regular season. The Buffaloes are going to expect to see a heavy dose of McKinney on Friday as he lines up behind a bevy of blockers and who will try to clear a path for him.

“Formation wise they are going to run a double-tight, Power-I,” Verran said. “Everyone is in close, and we have to match that. We know that they are going to try to outnumber us at the point of attack with those two power backs. If we let them get under our pads its going to be a long night.”

The Buffaloes are coming off of a 56-7 win over North Greene and at 5-1 they are off to their best start to a season since 2014. Only three times in school history has West Greene started the year 6-1 or better. The best start came in 1981 when the Buffs began 8-0 and finished 9-2.

In the win over the Huskies quarterback Jaden Gregg ran for two touchdowns and threw for another while also picking off a pass on defense. Senior receiver Ethan Turner also accounted for three touchdowns, one running, one passing and one coming on defense.

With rain from Hurricane Ian in the forecast for Friday night ball control and the ground game could become a bigger part of the offense on for the Buffs, and if that is the case West Greene will look to running backs Hunter Gregg and Wyatt Moody to carry the load.

Last year Cloudland won the meeting on Roan Mountain 20-7. Historically the teams have met 23 times since 1973 and the Highlanders lead the series 12-11.