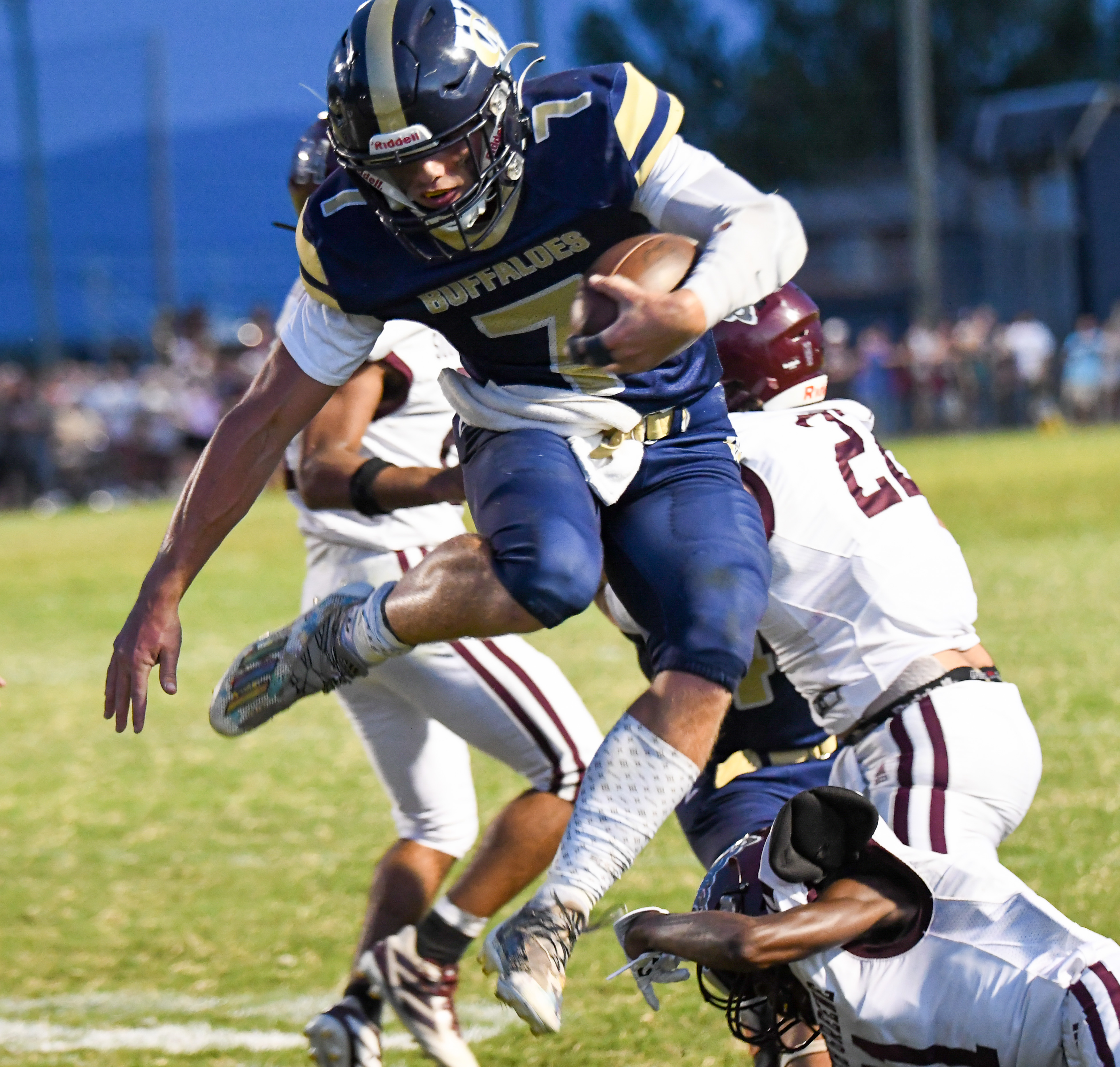 The Milk Can may be back on The Range, but the Buffaloes will have to turn the page and look ahead to a key conference matchup on the road against Johnson County on Friday. The Buffs have their sights set on the bigger picture with a possible conference championship down the road.

A conference championship is one of West Greene Coach Scotty Verran’s main goals for the season and their upcoming matchup with Johnson County will be the second test toward completing that quest.

With a win over Claiborne in week three, West Greene currently sits tied atop their conference standings with a 1-0 record. Johnson County suffered a loss to Chuckey-Doak on the same night and sits with a 0-1 conference record. Both teams understand what’s at stake and how badly each team needs to win to keep their playoff hopes alive.

Verran mentioned, “If you get this one then you’ve got two left. Even if you just get one out of the two, you’re hosting a playoff game then. And if you get both of them, you’re a conference champion. We’ll always peak around the corner and see what scenarios could lead to.”

The Buffaloes control their own destiny but can’t overlook a physical Johnson County squad looking to defend its home turf. Coach Verran’s defensive strategy has been built around stopping quarterback Connor Simcox in the pocket and in coverage.

He’s moved into a dual-threat role in Johnson County’s offense and has had a tendency to fly out into the open and haul in passes as a receiver. His large frame will benefit him in the pocket and in space. The Buffs will need to maintain control of the tempo and keep him contained on every offensive snap.

“He’s gotten stronger. He’s a junior and they’ve been moving him around some playing quarterback and he’s playing receiver. They’re throwing it up to him and he’s 6’5” or 6’6” and he’ll go get it,” Coach Verran explained.

The offense will have to be cautious throwing the ball with a mixture of two defenses that put five defensive backs on the field.

“We’ve seen them in both a 3-3 stack (3-3-5 defense) and an even forty front (nickel 40). So, we’ve just got to try and prepare for both of those,” Verran stated. “You never know. You might get one, you might get the other, or you might get both of them so we’ll make sure we’re prepared for that.”

Kickoff is set for 7:30 P.M. at Johnson County High School. The Buffs will look to add another win onto their two-game winning streak while Johnson County will be lookig to achieve their first of the season.