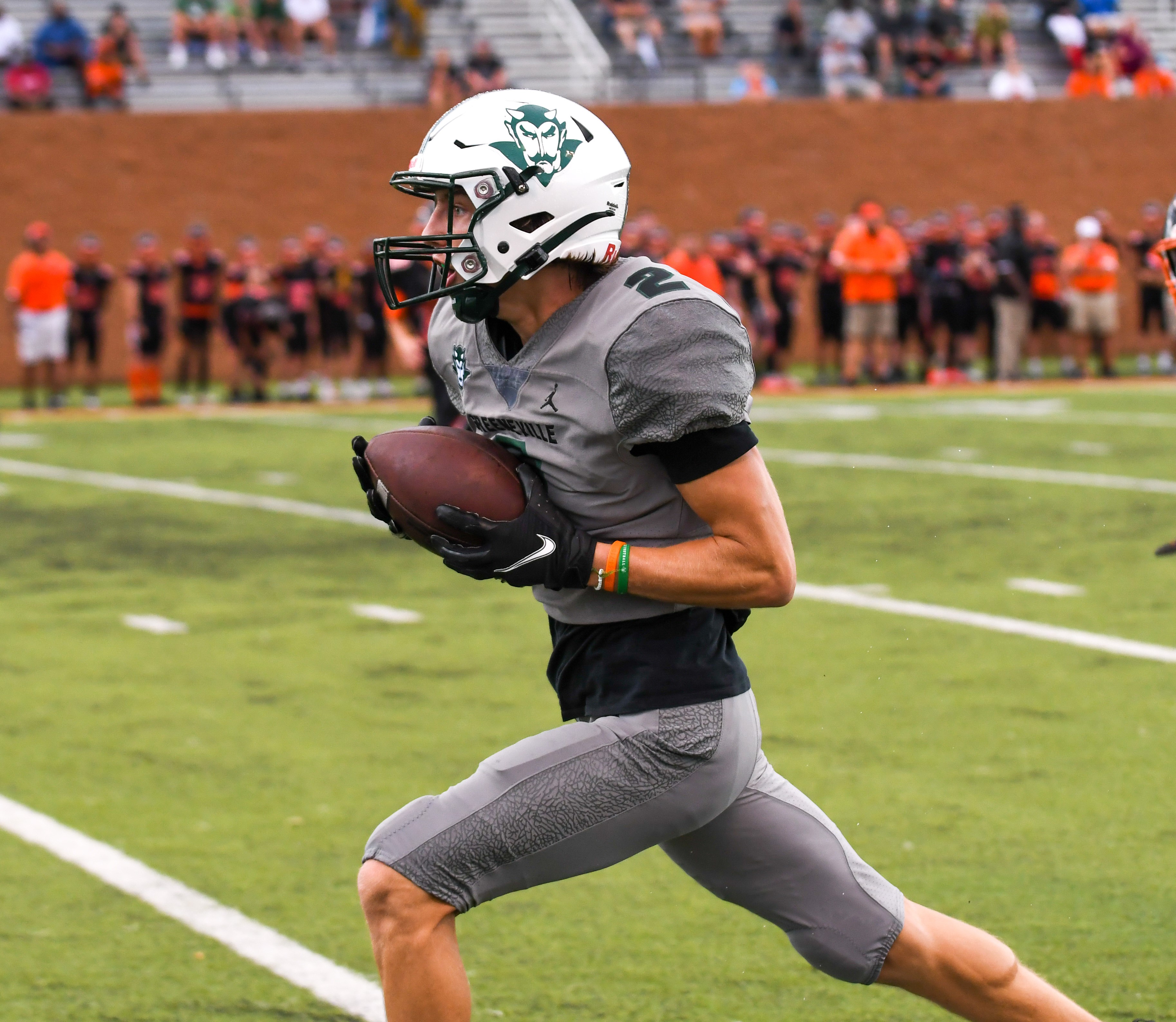 RUTLEDGE -  The Greeneville defense was stout for the second week in a row as the Greene Devils didn’t allow the Grainger Grizzlies to score in a 35-0 victory at The Den on Friday night.

The Grizzlies were held to 166 total yards as Greeneville has allowed only seven points to their opponents through two games. Grainger could only manage 67 rushing yards on the night.

Offensively, the Greene Devils rolled up 358 yards of total offense with 217 of those coming from the arm of senior quarterback Brady Quillen who was 11-of-12 for 217 yards and three scores. Adjatay Dabbs averaged 31 yards per catch as he finished with 124 yards and two touchdowns. Greeneville head coach Eddie Spradlen said Dabbs is a threat anytime he steps on the field.

“Anytime we can get him the football, we want to. At the start of the game, we miss the block there and they got a big hit on him but after that, every time he caught the ball, something special was going to happen. “

Damien Short led the ground game as he rushed nine times for 84 yards and a touchdown.

“Damien is a kid who runs the football really hard, he’s a physical runner,” Spradlen said. “We took him out at halftime to keep him healthy. He is another kid who plays linebacker and we didn’t want to get him banged up because he’s a guy who sets the tone for this offense.”

It didn’t take long for Greeneville to score as Quillen found Dabbs for a 54-yard strike at the 10:33 mark of the first quarter. He connected with younger brother Carson Quillen for a 34-yard touchdown late in the opening quarter. In the second frame, Short scored on a three-yard run and Qullien kept the ball himself on a run from the one to make the score 28-0 at the break.

Late in the third quarter, Dabbs was on the receiving end of another Quillen bomb, this time for 40-yards. Cooper Graham was good on all of his extra points as the Greene Devils prevailed 35-0.

Greeneville will host Elizabethton is a huge Region 1-4A game next Friday night.