'This Is What High School Football Is All About': Greeneville And Elizabethton Square Off Friday Night 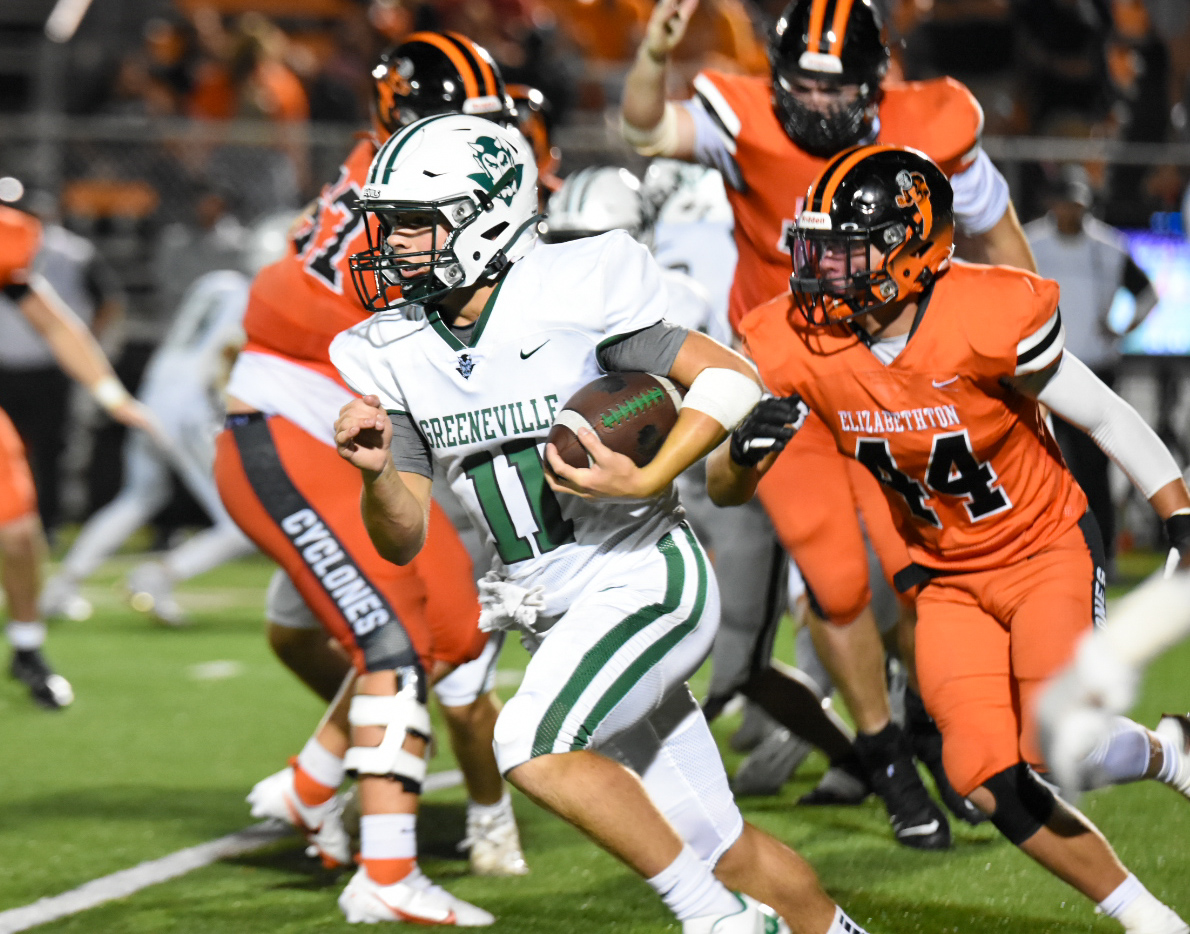 'This Is What High School Football Is All About': Greeneville And Elizabethton Square Off Friday Night

The Greeneville football team has cruised through the first two games of the season, but things will get tougher on Friday night when Elizabethton comes to Burley Stadium.

“This is what high school football is all about. You have two great communities that are going to meet in a big-time region game on a Friday night. It’s exciting,” Greeneville coach Eddie Spradlen said. “I’ve told the guys to just go out there and play hard, enjoy it, and we’ll see what happens. The guys are dialed in a little more than normal. They know what this game means, and hopefully our preparation shows when we take the field.”

Elizabethton ended the Greene Devils season a year ago in the third round of the playoffs with a 13-7 victory. It was Greeneville’s only loss of the season, and Elizabethton advanced to the Class 4A State Championship game for the third year in a row.

Despite that the Devils are not looking for revenge on Friday, they are only looking ahead. The Devils know the stakes at hand and know that the winner will likely get the top seed from Region 1-4A in the playoffs.

“Last year didn’t end how we wanted to, and a couple breaks didn’t go our way, but our kids played as hard as they could,” Spradlen said. “This is a new football team, and we have put that one behind us. We have goals this year, and winning this game gets us closer to achieving those goals. It’s not about getting revenge from last year, it’s about achieving our goals this year.”

Elizabethton is coming into the game off a bye week after losing to Science Hill 17-7 in week one.

Two-time Mr. Football semifinalist Bryson Rollins is no longer taking snaps for the Cyclones, but Elizabethton will rely heavily on its quarterback to get things done through the air and on the ground on Friday. Sophomore Jerriah Griffin got the start in the season opener and was 8-of-12 passing for 84 yards and ran 17 times for 38 yards.

Spradlen has prepared his team to see multiple quarterbacks on Friday, and even thinks running back Cade Russell could receive some snaps. Griffin’s favorite target against Science Hill was Teddy Orton, who scored the Cyclones’ lone touchdown. Nate Stephens has also been a big part of the offense in the preseason as both a pass catcher and runner.

“Elizabethton is going to play hard, and in high school football if you play hard you are going to give yourself a chance to be successful. They have had two weeks to work on us, and they are going to be dialed in. They have seven guys back on each side of the ball that played in their state championship game, and its going to be a big challenge for us. We have to control the run and get off the field on third down.”

Greeneville is coming into the game after beating Grainger 35-0 last week. In that game quarterback Brady Quillen was 11-of-12 passing for 218 yards with three touchdowns. His favorite target was Adjatay Dabbs who caught four passes for 122 yards and scored twice.

Spradlen thinks that getting the ball to his playmakers on the perimeter early and often will be a key to success on again on Friday. He looks for Dabbs to have another big night, and the Devils would also like to get Mason Laws and Carson Quillen opportunities to beat the defense.

“We have to get the ball in our playmakers’ hands, and they have to make big plays for us,” Spradlen said. “I think we will have opportunities for our receivers to make some plays. But it starts up front, and if we don’t get the job done there we are going to struggle.”