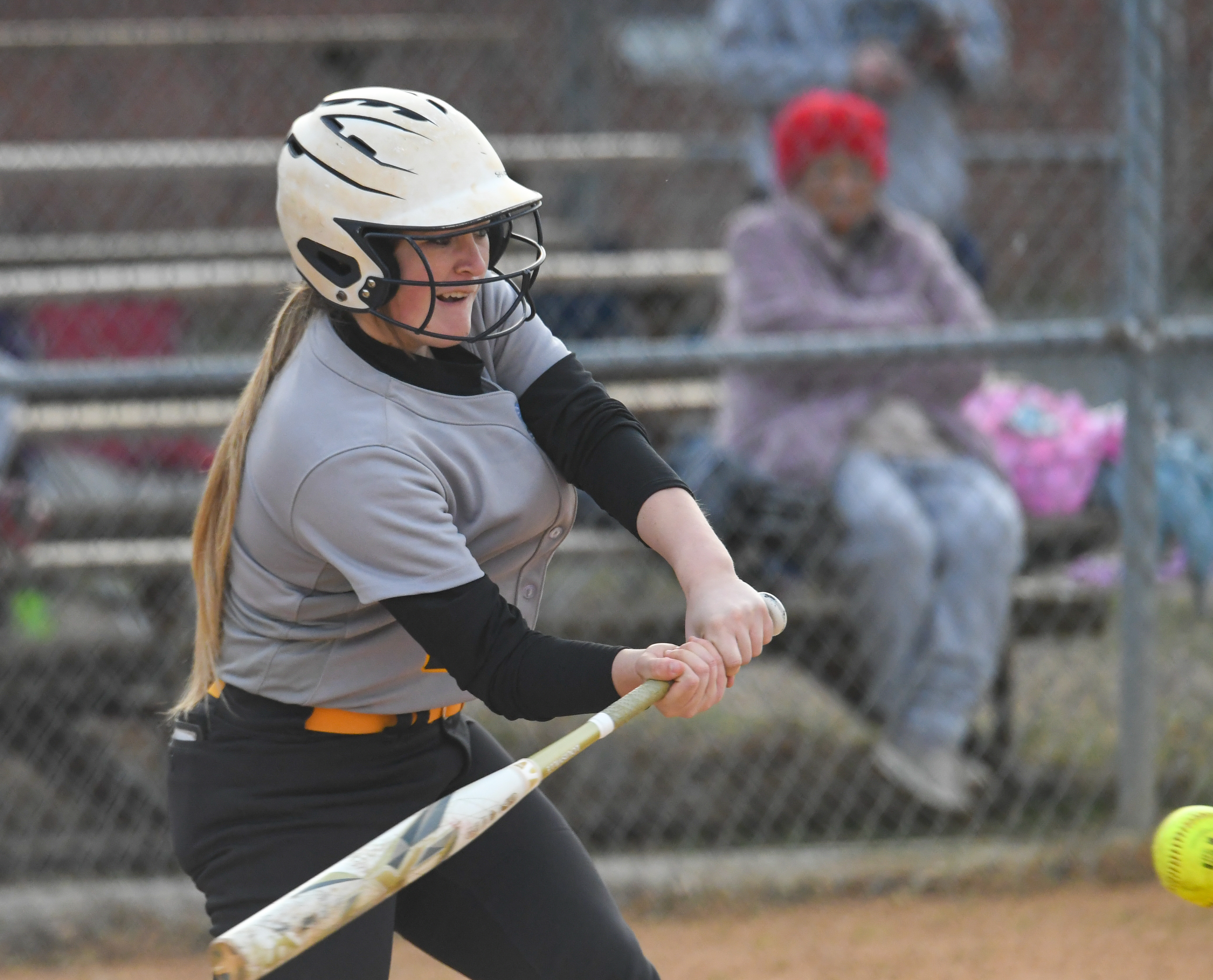 West Greene gave Chuckey-Doak all it could handle for five innings on Wednesday. That was until Hayleigh Taylor’s grand slam in the bottom half of the fifth inning sent the Lady Black Knights home with a 16-6 win.

Chuckey-Doak cored eight runs with two outs to secure another District 1-2A win and improve their conference record to 5-0.

The Lady Buffs came to play early though and put one run up in the top of the first inning. Megan Daniels hopped on base and stole second with ease. Then Hope Sexton delivered with a perfectly placed RBI-single that drove Daniels home to put West Greene ahead 1-0 after the first frame.

Taylor led off with a single up the left field line for Chuckey-Doak. Saniah Atchison laid down a bunt and sprinted over to first base safely to put two aboard with no outs.

Taylor and Atchison would successfully pull off a double steal of second and third and Makayla Ramsey was hit by a pitch to load the bags with no outs.

Bre Roberts sent Taylor home to tie the game with a shot to Daniels at shortstop that was thrown home but not in time for the out. Sydney Shipley drew a walk at the plate to push the lead to 2-1 with Atchison walking home.

Morgan Brown struck out Angel Bermudez to cash in on her first strikeout of the evening.

Maura Phillips flew out to shallow left field but hit it far enough to give Ramsey the opportunity to sprint home for another run and make the score 3-1. Serenity Mentz slammed a RBI-single to the left field gap to drive home Roberts from second.

“The bottom of the lineup played really well today,” Chuckey-Doak Coach Gene Ward said. “They put the ball in play. If you put it in play, some things will happen.”

“Makayla’s the leader of the team. She bats in the three hole and she’s the person in the circle,” Coach Ward stated.

Taylor led off the bottom of the second with another hit to centerfield to start out 2-for-2 in the contest.

Atchison fooled Hope Sexton on the base path and forced her to attempt a pick-off play at third base. Atchison used that throw as a reason to sprint across the plate along with Makayla Ramsey behind her to boost Chuckey-Doak’s lead to 6-1.

Ramsey went back to work on the rubber and provided another hitless frame striking out Hailey Ripley to walk her team off the field.

Another throwing error by West Greene in the third inning gave Chuckey-Doak another run with Abigail Donoho sprinting home to score.

A passed ball gave Atchison the time to score her third run of the game and increase the Lady Black Knight lead to 8-1.

Atchison’s speed led her to score all four times she stepped up to the plate and even left her coach in amazement.

Coach Ward mentioned, “She has no fear. That ball was barely out of the left hander’s batter’s box and she scored on it. How do you do that?”

West Greene would step back up to the plate and work on slowly chipping away at the lead.

Brown started West Greene’s run with a close play at first base that was called safe in the runner’s advantage. Sexton brought the momentum back to the Lady Buffs dugout by knocking in a run and delivering an RBI with Brown reaching home plate safely.

A towering fly ball to centerfield bounced off the wall and added another run with Sexton running home all the way from second base.

West Greene would turn the tides on Chuckey-Doak and force the Lady Knights to commit a throwing error at third base to create another scoring opportunity. The Lady Buffs would put three runs up in the fourth to cut the lead to 8-4.

The extra base hits were prevalent for West Greene in the fifth inning with the Lady Buffs scoring twice in the inning.

Daniels opened up the bottom frame with a bunt single. Daniels stole second base and reached home safely after Brown slapped a RBI-triple into the right field corner. Sexton stepped up to bat and knocked Brown home with a RBI-double off the fence in centerfield.

West Greene would leave Sexton and Arnold stranded on base but not without cutting into the lead even more with the score now at 8-6 entering the bottom half.

Chuckey-Doak gutted out one of the grittiest performances in the bottom of the fifth to put West Greene away and end on a high note.

Atchison would earn a two-out single to right field that eventually turned into another run for the freshman, and a much-needed run for Chuckey-Doak. Ramsey worked the base paths and scored from second base after an error on West Greene’s part.

Bermudez continued to deliver more runs and pushed Roberts across the plate with an RBI-single to left field. Maura Phillips loaded the bases with a blooper that dropped fair in shallow center.

Hayleigh Taylor became the hero in the end with a blast over the centerfield wall for a grand slam to walk it off and end the contest at 16-6 after five innings.

Chuckey-Doak will square off against conference rival South Greene for a two-game split series on Monday and Tuesday. West Greene will travel to Hancock County on Thursday afternoon.