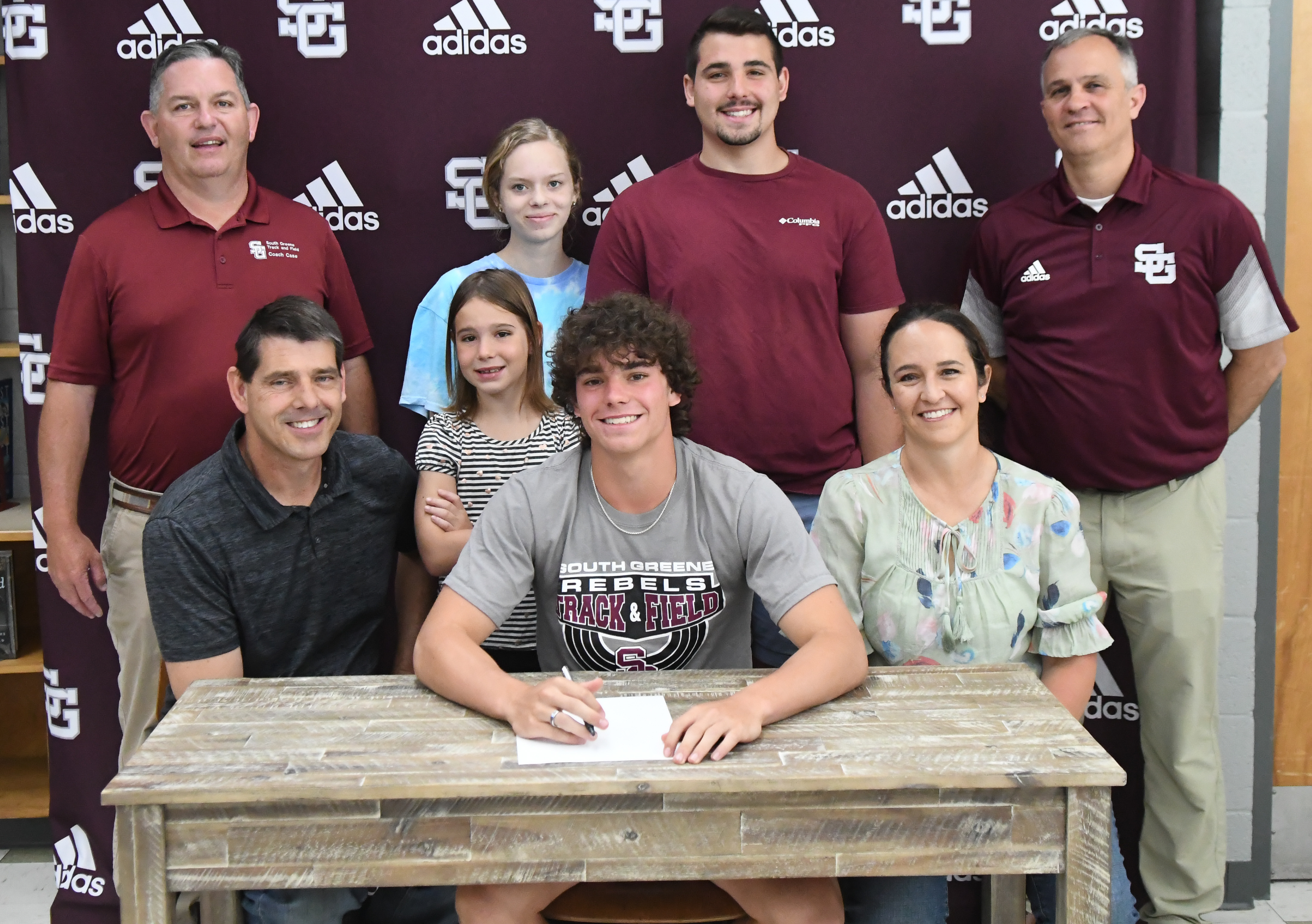 South Greene’s Isaiah Olson has only been sprinting for two track seasons, but in that time he has begun to put up impressive numbers that have drawn the attention of college programs.

He began his time with the Rebels as a distance runner, but once he started sprinting his times continued to improve. Now he is one of the best in Class A and Tusculum University took notice.

On Monday Olson signed to joined the Pioneers’ program, looking to only to continue to grow as a runner.

“It’s been a good four years,” Olson said. “I came in as a freshman as a distance runner and then figured out sprints are my thing. Over the last year I have really figured out what I was doing wrong. I’ve put in a lot of work I’ve gotten some coaching, and I’ve been able to have more success.”

Olson now owns the South Greene records in both the 100 meters and 200 meters. Last year at the state championship meet in Murfreesboro he placed fourth in the 100 meters and crossed the 11-second threshold with a time of 10.99 seconds.

He has a few more weeks in his time at South Greene and is looking to get back to the state meet, with his mind set on becoming a state champion.

“I think South Greene has built me into who I am today. I started as a distance runner and turned into sprinter, and then dropped my times from there. This has been an amazing team that has kept pushing me,” Olson said.

Because he is so new to sprinting Olson feels like he still has room to grow, and thinks his times can go even lower as the competition become stiffer at the college level.

“I definitely feel like there is still room for improvement,” Olson said. “I think when I get more competition and compete at higher level that it will help me drop my numbers more. I just think more coaching and more experience will help as I go on.”

Joining Tusculum was an easy decision for Olson. He liked the idea of staying close to home and he has already built a relationship with the coaching staff, because the Pioneers train at the same Greeneville Middle School track the Rebels work at.

“I like that I can stay close to home, and the coaches are really nice,” Olson said. “They run at the Greeneville track, which is where we run so I’m familiar with that. I’ve been able to talk with them and get some pointers from them when at practice. I know a few guys from Greeneville that are going there next year, and I’m looking forward to building relationships with the team.”

In addition to competing in the 100 and 200 as well as relays at Tusculum he also plans to add the 400 meters to his repertoire at the college level.