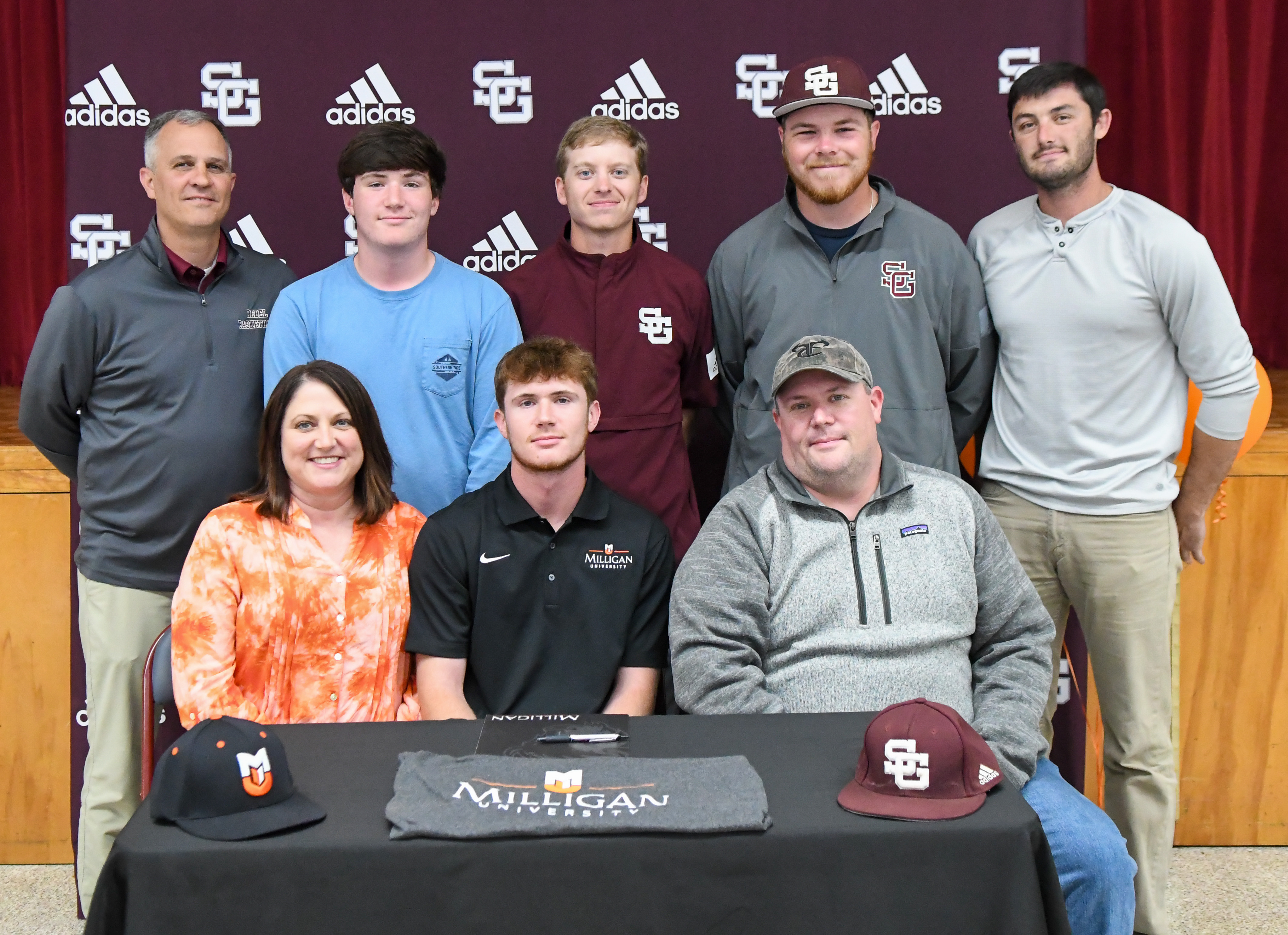 South Greene baseball player Nathan Lisenby has always wanted to play at the college level, and he found the program that gave him exactly what he wanted both athletically and academically in Milligan University.

On Wednesday in front of a crowd of family, friends and teammates Lisenby signed his letter of intent to join the Buffaloes.

“It feels really good to sign today, this is something that has been long awaited,” Lisenby said. “I always wanted to play in college, I just want to keep playing ball as long as I can.”

The recruiting process with Milligan coach Skylar Barnett felt drawn out for Lisenby, but the more he talked to the coach and learned about the program the more he felt like Milligan was where he wanted to spend the next four years.

“I reached out coach Barnett but didn’t hear anything for a long time. Then I went to a camp at RBI in Johnson City and I got to know their coaching staff and players,” Lisenby said. “I really liked the program and coach Barnett. Then on our first game day, against Happy Valley, he sent a me a good luck text, but I didn’t realize it was him. After that we connected, I got on campus and I really liked the school.”

Milligan is currently 34-16 this season, it is the Buffaloes first 30-win season since 2010. Last year they went 27-23 which was their first winning season since 2015. Joining a program on the rise is exciting for Lisenby, and he is hopeful to continue that rise when he joins the team next season.

“It really is exciting to be going into a program that is doing well. I know some of the guys up there and it’s really exciting to get to play with them,” Lisenby said.

Milligan is a member of the NAIA’s Appalachian Athletic Conference, and is located in Elizabethton.

In his time at South Greene Lisenby has primarily been a middle infielder and a pitcher, but the Buffaloes plan to use him as an outfielder. He is comfortable playing in the grass as well, but knows he has to get stronger to get ready for a new level of competition.

“They want me in the outfield primarily,” Lisenby said. “I don’t typically play there for high school ball, but in travel ball and showcases I do play in the outfield a lot. Now I’ve got to focus on putting on a bunch of weight and getting as strong as I can. I just have to keep growing in the game and keep getting better.”

While Lisenby felt a strong connection with Milligan’s baseball program he was even more enamored with what the school could offer academically.  He plans to major in Pre-Med and wants to one day go into radiology.

“The main thing is Milligan had everything I wanted academically,” Lisenby said. “I’d love to go into radiology but that’s a long way down the road. I’ve always been interested in medicine. I think the human body is interesting, and I think that would be a good path for me.”