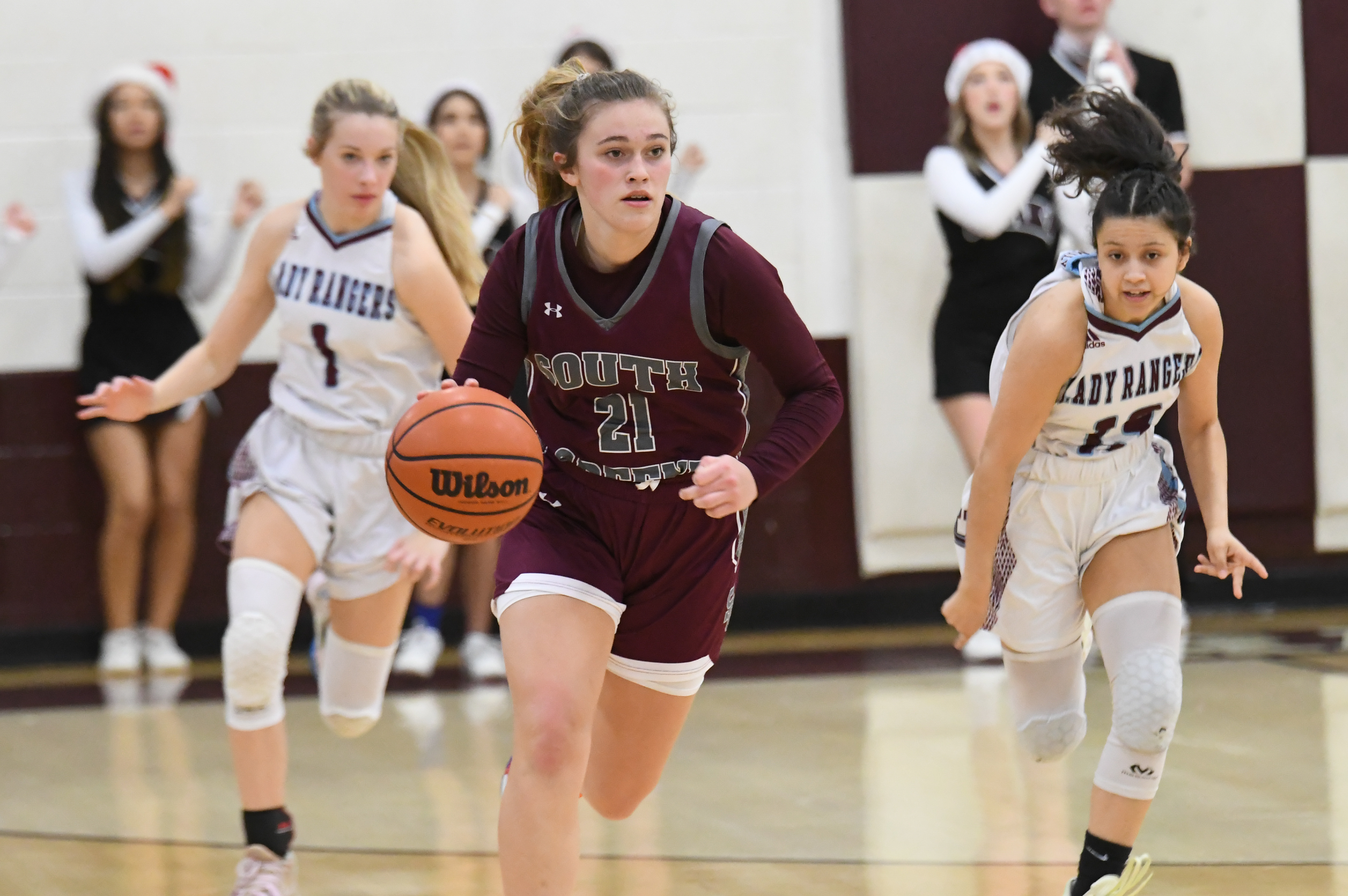 STONEY CREEK – The South Greene girls turned up the pressure on defense in the second half on Thursday night, and used that pull away from Unaka in a 79-53 win.

“We know that this is a tough place to come play and we were discouraged at halftime, but we talked about a few things and showed more urgency on defense in the second half,” South Greene coach Stephen Gregg said. “When things aren’t going your way it feels like it takes an eternity to get to halftime, but they made the adjustments and responded good in the third quarter.”

The Lady Rebels played to a 29-29 deadlock in the first half and the second half started with Lady Rangers’ Jillian Faust sinking a three-pointer to give Unaka the lead.

South Greene then scored the next nine points to take control less than two minutes into the third quarter. Hailey Brooks gave South Greene the lead on a breakaway layup after Kortni Bailey stole possession on the opposite end of the floor.

Haley Susong then took away possession before the ball crossed half court and set up Jordyn Roderick for a layup. Next Bailey stole the ball again and took it to the rack herself for six points in 16 seconds and a 38-32 lead.

Lyndie Ramsey finally broke the Lady Rebels’ press by herself and sank a runner, but then South Greene followed with a 10-0 run.

Brooks scored five in the run as transition buckets continued to carry the Lady Rebels. Brooks finished the night with 24 points and five rebounds.

Being able to turn turnovers into quick buckets was even more important for the Lady Rebels on Thursday as they were playing without point guard Madison Hensley for the first time while their next best ball handler, Emma Cutshall, has been sidelined the past two weeks.

“We shifted our offense to more of a five out where they all run the same patterns and it doesn’t matter who has the ball,” Gregg said. “We still have some fine tuning to do. But we were down our number one and number two point guards, so maybe I should have expected a shaky start.”

Over the final four minutes of the third quarter Ramsey was able to break the press often enough to score nine of her game-high 35 points, but her teammates provided South Greene with enough turnovers to hold a 62-43 lead at the close of the quarter. Brooks also scored nine points in that same stretch.

“Ramsey was hurting us in transition in the first half, she is really good in space,” Gregg said. “We went with that trapping zone in the second half and it slowed them up and it forced her into more threes. But my hat is off the her, she kept her team in it for a half.”

The Lady Rebels’ lead crossed the 20-point mark within the first minute of the fourth quarter when Brooks swiped the ball from the Lady Rangers and pushed it ahead to Bailey for a breakaway layup.

That trend continued in the final period as Bailey scored 12 of her 25 points in the quarter.

Thursday’s game did not start nearly as well as it finished for the Lady Rebels. Unaka jumped in front 8-3 behind six points from Ramsey. Arianna Hoese got South Greene going with a three-pointer and Brooks slashed through the lane to tie things at 8-8.

The quarter closed with the Lady Rangers leading 12-10.

In the second quarter a layup by Brooks put the Lady Rebels in front for the first time at 14-12, but a triple by Ramsey quickly followed.

South Greene was able to tie things at 19-19 after Susong and Bailey turned a pair of steals into transition buckets.

The Lady Rebels took a 27-25 lead when Kaydence Marshall hit a toe-on-the-line two after a steal by Roderick, then a putback by Bailey with two seconds left made it 29-27.

South Greene fouled Ramsey with .3 seconds left in the first half which allowed Unaka to tie things at 29-29 going to the break.