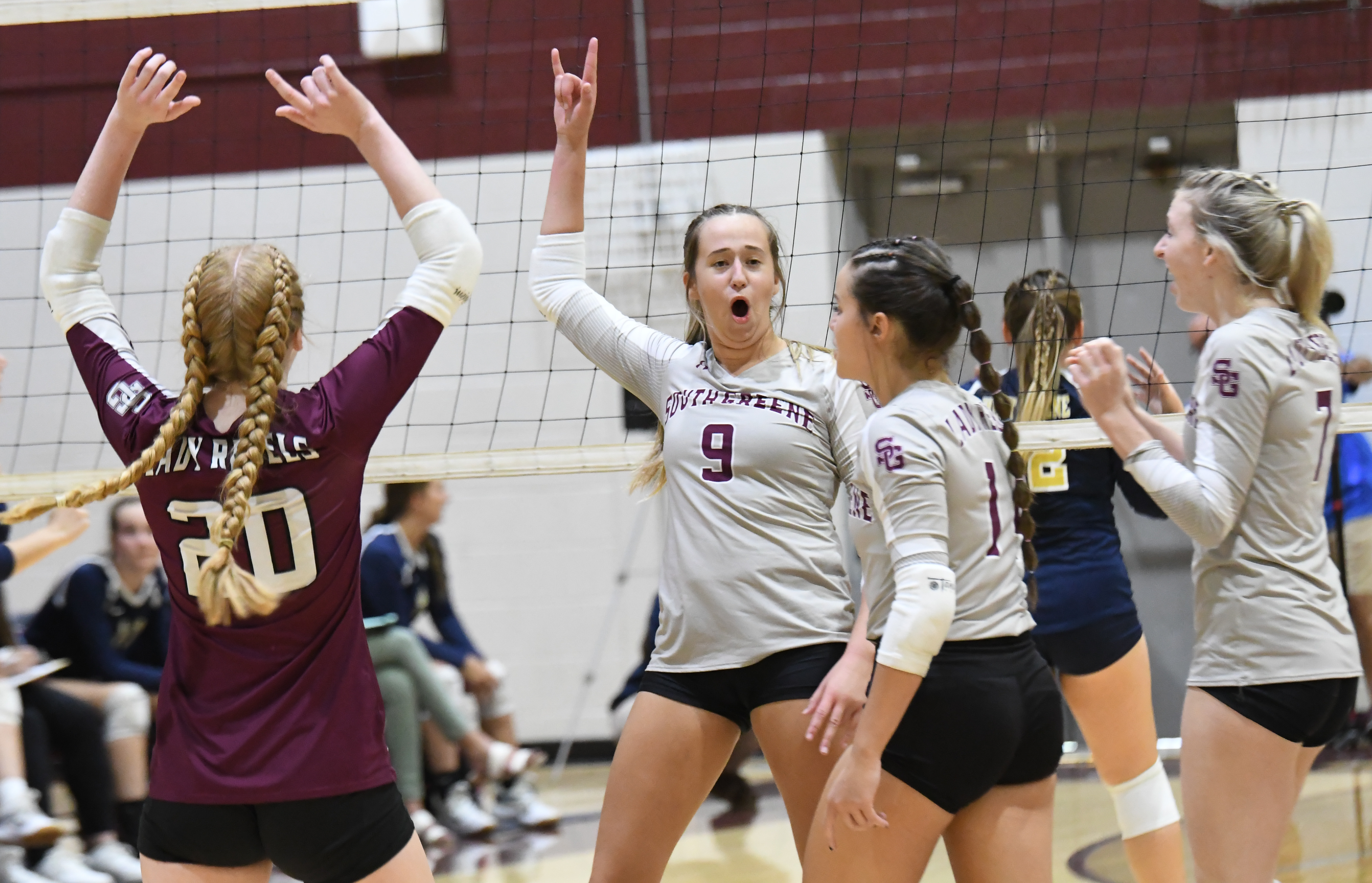 “I don’t think we played as well as we have been playing, our timing was off on a few things,” South Greene assistant coach Mike Taylor said. “But overall they pulled things together and they played hard. After the second set we had to start doing some of the little things well. We weren’t covering there hitters well, and we just had to make better passes. Once we started to clean that up we played better.”

The night started with a lopsided first-set win for the Lady Rebels, but that did not deter West Greene from taking the fight to South Greene in the second set.

The Lady Buffaloes went in front 4-1 on an ace by Morgan Brown, but the Lady Rebels closed the gap the gap to 5-4 on consecutive kills by Jordyn Roderick.

South Greene took its first lead at 7-6 on a first-hit kill by Mackenzie Niston.

West Greene was able to keep a long volley alive with a kick and Cassidy Hill ended the point with a kill from the middle. On the next point a block by West Greene’s Kinsley Ellenburg tied the set at 8-8.

The set was tied six more times before a service error gave South Greene a 17-16 lead, and it stayed in front the rest of the way.

The set finished with a back-row kill from Macey Snapp for a 25-21 South Greene win.

“West Greene keeps every ball alive, they are good at that,” Taylor said. “You like to play teams like that, that can keep the play going. It’s good for our girls to have to move around, they made our back row pick it up.”

The Lady Rebels kept that momentum rolling in the third set as it built a quick 10-2 lead.

South Greene got kills from Ava Clark, Niston and Roderick in the opening stretch while Ryleigh Gregg scored on a tip.

The teams traded points to 14-7, with Ellenburg scoring on a kill and tip for West Greene while Davanie Tarlton had a block for South Greene and Clark put down another kill.

South Greene took a 20-9 lead on back-to-back kills from Niston and Roderick. The Lady Rebels’ biggest lead came at 23-11 on an ace by Roderick, but West Greene’s Taylor Lawson answered with consecutive blocks.

The 25-16 South Greene win finished on a first-hit kill by Gregg.

In Monday’s first set South Greene made things look easy as it jumped in front 6-1. Clark and Tarlton each had kills and Roderick got a pair of tips to land safely.

Over the final 11 points Roderick had three kills, Tarlton had two and Niston had one in the 25-9 Lady Rebels’ victory.