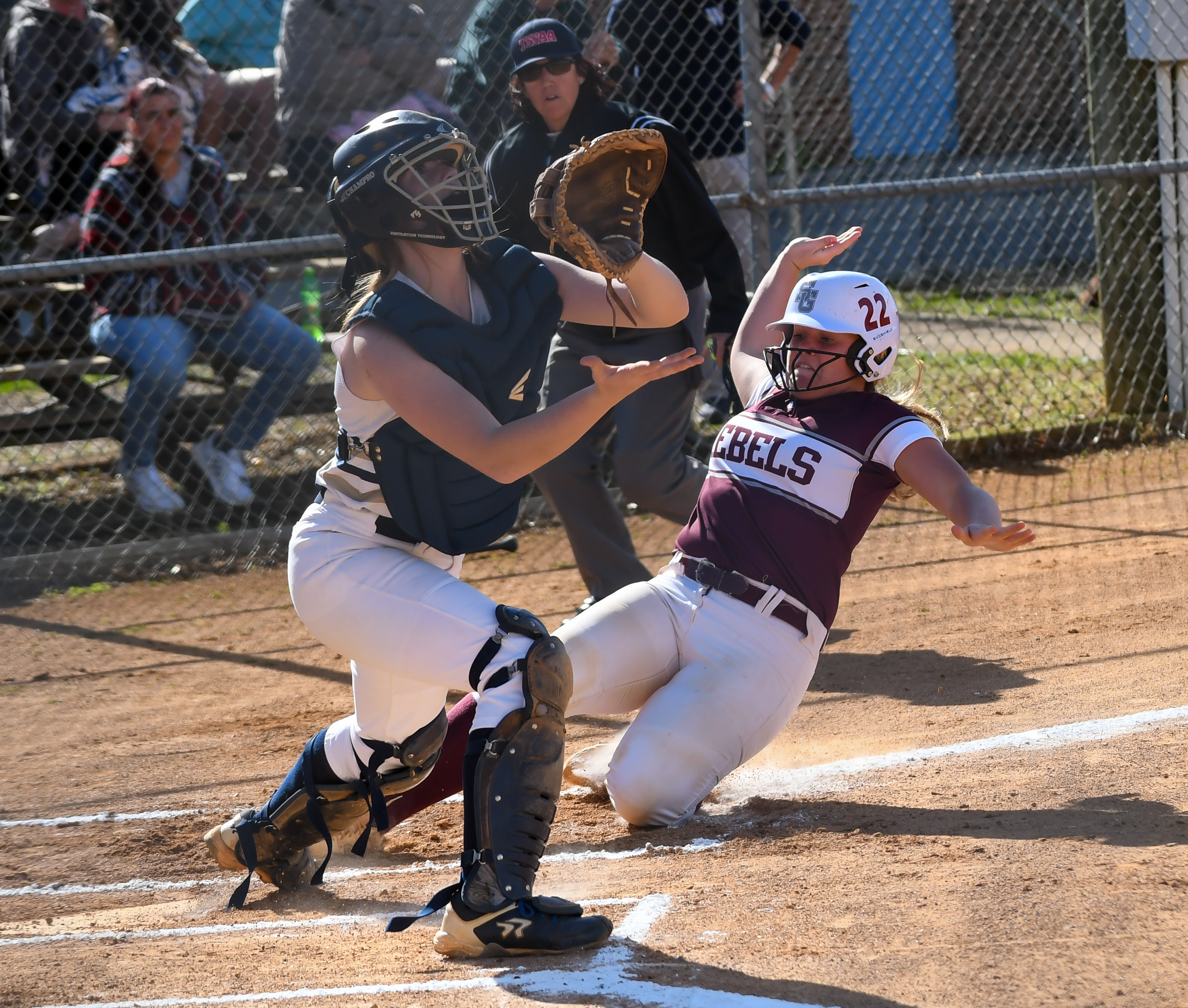 The South Greene softball team banged the ball all around the park on Thursday afternoon on the way to a 17-4 win over West Greene.

“We started a little rough in the field, but our bats were working today,” South Greene coach Amy Hawk said. “It was nice to see some people that haven’t been hitting at the bottom of the lineup hit the ball today. I was glad to see that, we got contributions all the way through.”

“Allison has been solid at the plate this year. She and Anna (Willett) are neck and neck for the best batting average on the team,” Hawk said.

For West Greene Megan Daniels went 3-for-3 with a triple and scored two runs. Hannah Deyton was 2-for-2 with a double and two RBIs.

South Greene started the scoring in the first inning with Casteel slamming a leadoff double into right field. Sydney Gentry knocked in the first run of the evening with a ground ball down the third-base line.

Gentry scored from first base when Allison Penley flew a ball to deep right field that went for a double. Gentry beat the throw to the plate and Penley made her way to third on throw, but she ended the inning stranded with South Greene leading 2-0.

In the bottom of the same inning West Greene earned four of its seven hits on the way to tying the game at 2-2.

Daniels led off with a bunt single. Morgan Brown and Hope Sexton followed with singles that loaded the bases, and Deyton then skipped a ground ball through the right side to push across two runs.

In the second inning nine straight Lady Rebels reached base as the lead grew to 8-2. Hannah Penley got things started with a single to left field and Mallory Fillers moved her all the way around with a double that flew to the left-field fence.

Casteel then hammered a two-run home run over the fence in right field to push the lead to 5-2.

Katie Quillen hit into an error that scored Miller and Allison Penley scored Quillen with a double that left-center. Amelia Mullins then put a line drive into left field to knock in the final run of the inning.

South Greene went in front 12-2 in the third inning. Casteel began the side with a walk before stealing both second and third. She then went on to score on a passed ball.

Penley then came up with a three-run home that easily cleared the center-field fence.

West Greene got one more run in the third inning. Deyton put a line drive into left field and went to third base on a pair of passed balls.

Kaleigh Douthat then skipped a ground ball through the right side to close the gap to 12-3.

In the fourth frame Casteel beat out a ground ball to third base and scored Hannah Penley in the process. Casteel moved around on a passed ball and a wild pitch before scoring along with Allison Penley when Katie Willett hit into an error. Whitson pushed the score to 17-3 when she sent a line drive into center field.

West Greene’s final run came in the bottom of the fourth frame after Daniels legged out a triple. She scored when Hailey Ripley hit a groundball to the shortstop.

Miller earned the win from the circle. In four innings she struck out seven, walked one and allowed seven hits.

“Lexi was hitting her spots and she was consistent today,” Hawk said. “She pitched well enough for us to win, and even some of those hits she gave up should have been outs.”