South Greene Looks To Get Back On Track Against Cumberland Gap 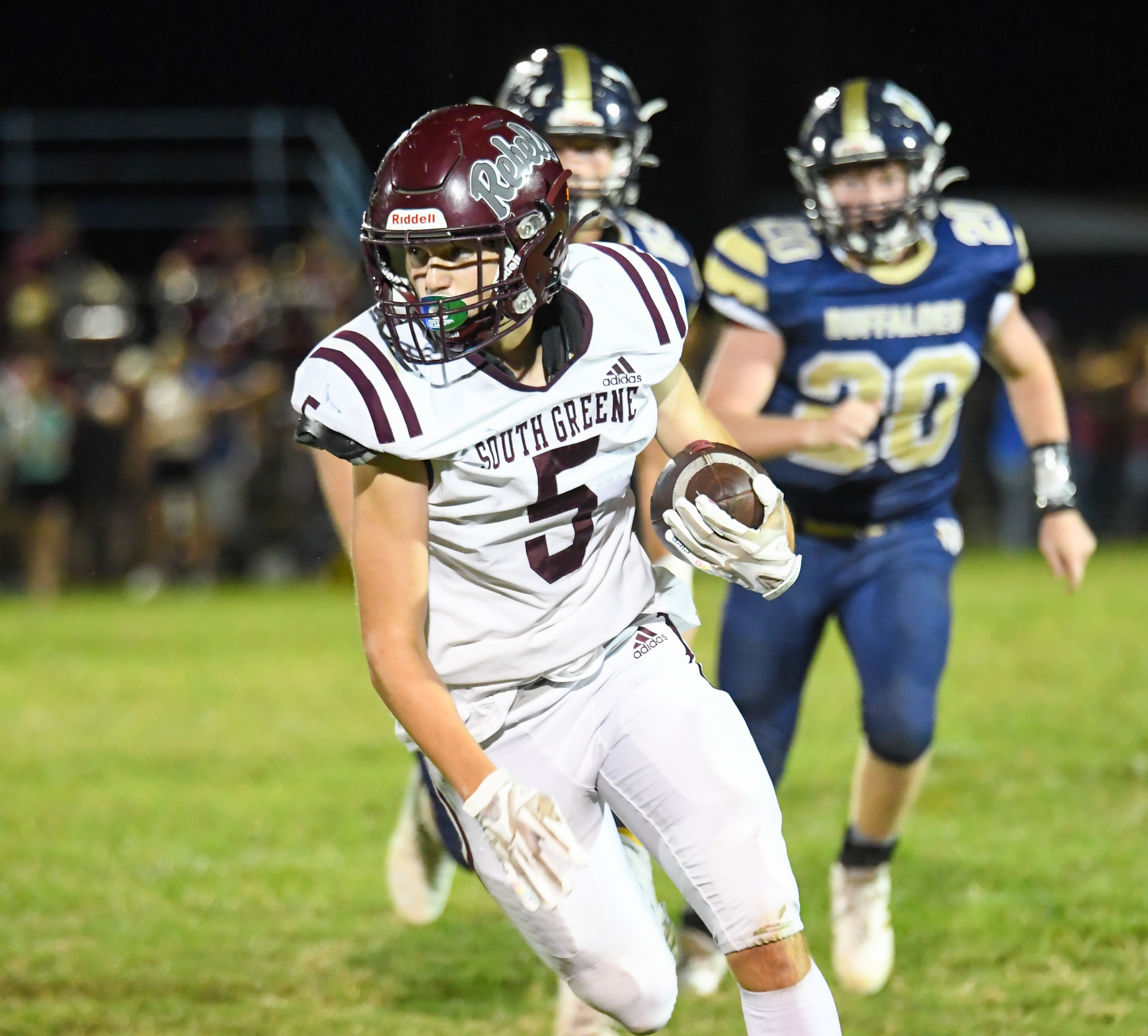 South Greene Looks To Get Back On Track Against Cumberland Gap

After losing in the closing seconds to their arch rival West Greene the 1-3 South Greene Rebels look to get back into the win column at home, up on Rebel Hill against the Cumberland Gap Panthers, also 1-2.

South Greene coach Shawn Jones says, "We let one slip through our finger tips last week, we had a team meeting and we’ve talked about it and come to terms with it, and it’s behind us now and we’re going forward”.

Last week the Rebels used special teams to score one touchdown and setup another, but Jones says, "We need to get back to basics on offense, we need to focus on the fundamentals."

The 1-2 Panthers have given up 114 points over the last three games so playing a team that gives up a lot of points may be just what the Rebels need to get on track. Last week the Rebs only managed 14 points, a kickoff return for a touchdown and another kickoff to the 19 yard line to give the Rebs a short field to set up another. Coach Jones said, "We had our opportunities and were just a few plays away; we need to make those plays this week”.

On the other side of the ball the Panthers have scored 106 points in the last three games.

Jones spoke of the Panther offense, “They do a lot of things well, they run an odd looking I-formation with a lot of motion that make it difficult to defend, and we’re going have to be very discipline on defense. We have to win our one on one matchups, we have to keep them in front of us. We can’t give up the big play or commit a lot of penalties. We can’t give them anything. We can’t turn the ball over, we have to win the turnover battle”.

If the Panthers keep the offense going and coach Jones’ plan works we should see an exciting game on Rebel Hill Friday night under the lights for a 7 p.m. kickoff.