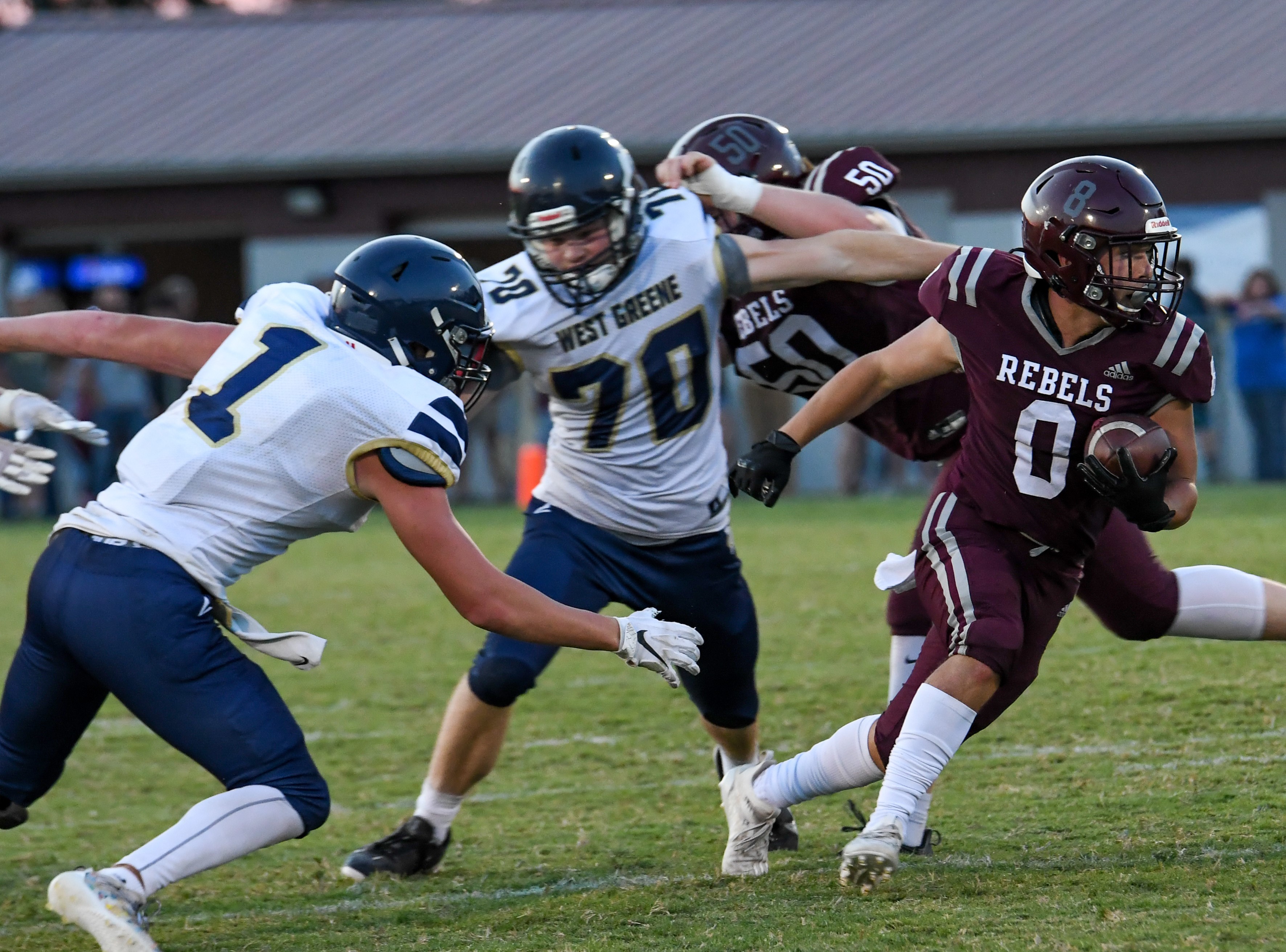 Expect a packed house on The Range on Friday night as West Greene and South Greene clash for the coveted Milk Can Trophy.

Even though it won’t affect the region standings or impact the playoffs it’s Greene County’s biggest rivalry game and both squads are fired up to claim bragging rights.

West Greene enters the game with a 2-1 record while coming off a 28-12 win over Claiborne last week. South Greene is 1-2 but beat Happy Valley 34-0 a week ago. Both are looking to build on their momentum before they get back into region play next week.

South Greene has won the last four meetings, and the Buffaloes’ seniors are hungry to not let the Rebels’ seniors complete the career sweep.

“We’ve not won this game in four years, and think this one is really important to our seniors. That would be a big star on their report card, simply because they have not had it before. But we also know that as far the region and playoffs go this game doesn’t do anything for us.”

Coming into the game West Greene coach Scotty Verran feels like his team has an advantage at the line scrimmage and hopes to get the power running going on Friday night. He feels good about both Wyatt Moody and Hunter Gregg at running back and plans to rely on both to carry the offense.

“We are a little bigger than they are in some areas. I feel like our running backs are little more physical and we will try to pound on them or lean on them,” Verran said.

Verran also knows that receiver Ethan Turner will garner a lot of attention from the Rebels’ defense, but West Greene will still look for ways to use him in both the running and passing game.

In contrast to the Buffaloes’ power South Greene will rely on its speed and try to find it athletes in space. That will start with Keyshawn Engram and Conner Race in the run game, and guys like Dion Blair and Cody Rambo in the passing game.

“We got our running  game going last week, but that is still a work in progress,” Jones said. “We’re still trying to find our identity on offense. But we have some good skill kids all over the field. We feel like we can create some mismatches on the outside we just have to find out where those are at.”

Both teams have used multiple quarterbacks to start the season and that will likely be the case again on Friday. For South Greene Jacob Susong has earned the starting nod, but the Rebels still plan to find a role for Nash Rader.

West Greene plans to use both Jaden Gregg and Dawson Daniels, and will go with whoever gets the hot hand.

South Greene and West Greene have met every year since 1974 and the Rebels lead the all-time series 34-14.