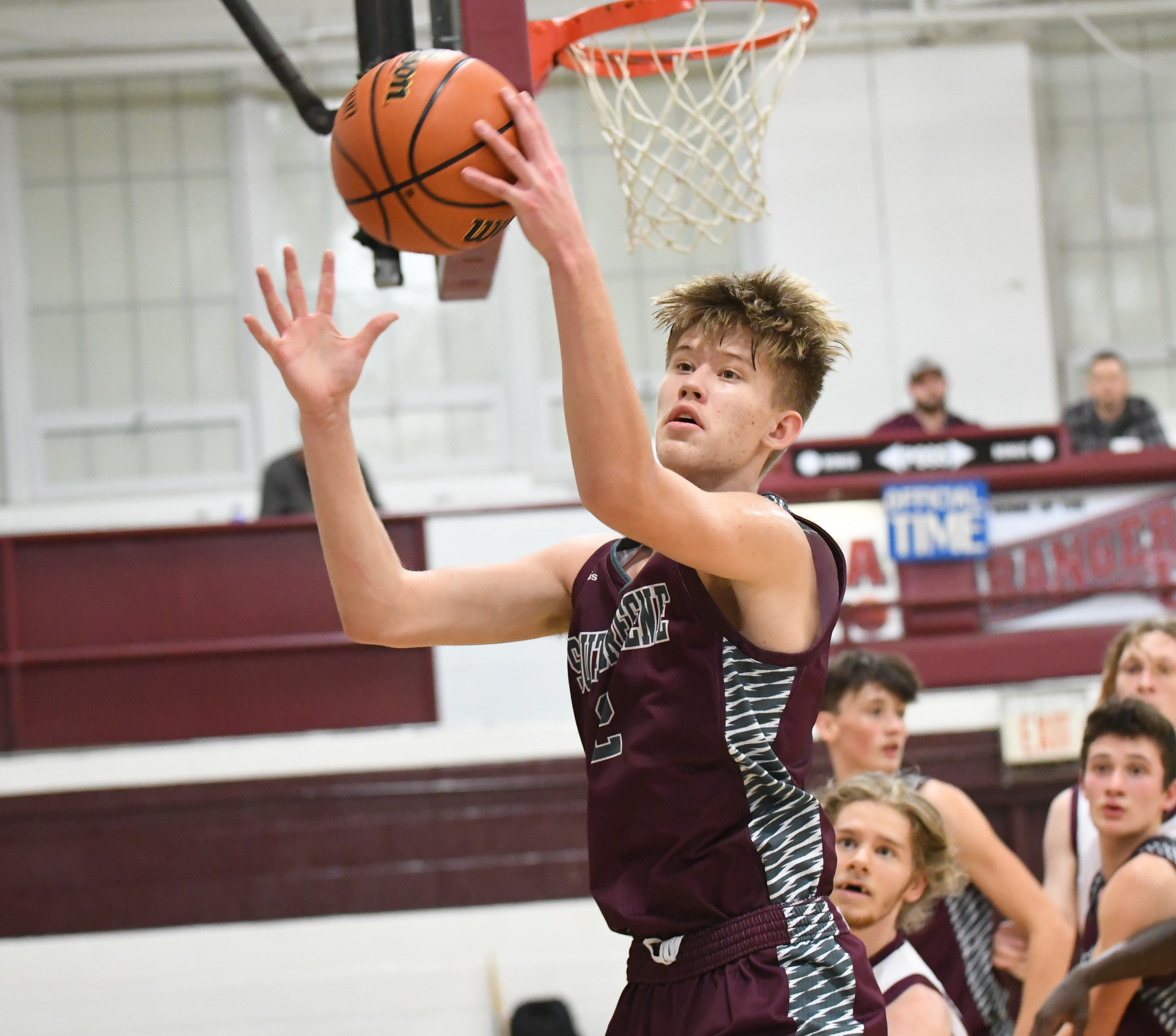 ROGERSVILLE - South Greene hung on to claim a 73-69 win in the first round of the Big H BBQ Christmas Bash at Cherokee High School over a pesky Union County squad on Saturday.

The Rebels jumped out to a quick five point lead to start the day, but that lead was short lived when Bryson Merril nailed a three from out front that swung the Patriots in front 10-7 half way through the first quarter.

TJ Buckner answered with a three-point play the old-fashioned way to even the score. Cooper Kelley next hit a short jumper, then Jase Roderick put back a Buckner miss. At the buzzer Woody Hixson was fouled as he attempted a long three and hit one of the three free tosses to give the Rebels a 15-10 cushion at the end of the first stanza.

The second quarter started with the southpaw Kelley burying a three from the elbow to put the Rebels up six at 18-12.

Not to be outdone Union's Max Richardson sank a three of his own to keep the Patriots close. Jase Roderick found a wide open Hixson for an easy bucket then Roderick stole the inbound pass for an easy layup for himself, and the Rebs were up 22-15.

South Greene managed to stretch the lead out to 34-28 when Hayden Birdwell hit both ends of a one-and-one with 42 seconds to play in the half. The half ended with the Rebels up 34-28.

To start the third quarter the two team matched each other play for play until Union went on an 8-0 run and tied the score at 41-41. Richardson capped the run by hittting a jumper from out front.

Birdwell banked one off the glass and Buckner laid one in to give the Rebels a lead at 46-43.

Ty Edds drove the lane for a layup and was fouled, but missed at the line, then Merril tied it again at 48-48 with a jumper from the free throw line.

Buckner found Kelley in the lane and Kelley hit the layup though contact. He would complete the three-point play and gave his team a three point lead with 1:13 on the clock. Then with 19 seconds to go Kelley dropped a three from the corner and the Rebs would lead heading into the final period 59-54.

After about three minutes into the fourth quarter South Greene coach Terry Hoese went to a Plan B.

Coach Hoese said, “They stayed back in the 2-3 zone, and weren’t coming out of it and we weren’t getting good shots, so we slowed it down some and made them come up and spread the court a little bit."

That strategy worked and Andrew Thornburg hit two free throws before Buckner hit a big bucket to give South Greene a seven-point cushion at 65-58 with 3:55 to play. It was a free throw shooting contest for the remainder of the game and the Rebs out shot the Patriots to hang on for the win 73-69.

Four Rebels finished in double figures with Buckner leading all scorers with 21 points. Kelley had 18 points, Roderick 12 and Birdwell 11.