South Greene, Hampton Square Off With Region Title On The Line 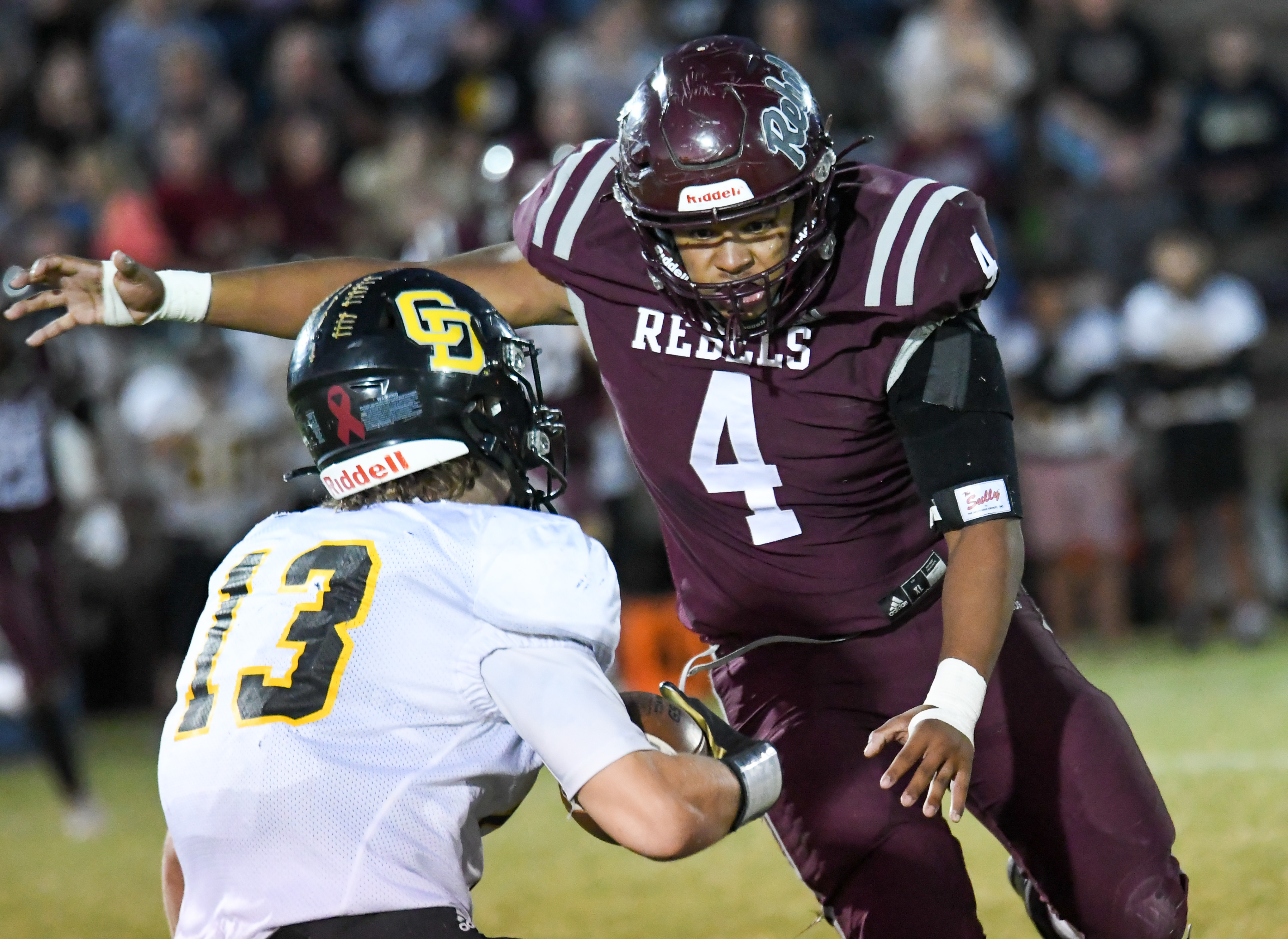 South Greene, Hampton Square Off With Region Title On The Line

The Rebels are very familiar with winning the R1-2A Championship, having won it four-straight years, and look to defend their crown Friday night as the welcome the Hampton Bulldogs to Rebel Hill.

Hampton will come in as the number one ranked team in the state’s 2A classification with a perfect 5-0 record.

South Greene will play for the outright conference championship with a 2-0 record after dominant wins over Happy Valley and Cumberland Gap. A win over Hampton would seal the deal and give the Rebels a five-year stint sitting on the throne.

“It’s real exciting. It’s come down to us and Hampton the last four years. For many years you had Happy Valley in the fold, but it’s been us two for the last four,” Coach Jones mentioned. “It’s a big deal. This is for at least two playoff games at home. Because we’re in an even year and we’re an odd region, if you get the first seed then you get the first two at home unless there are some upsets.”

With both teams strapping on their helmets and shoulder pads, South Greene feels no pressure going into the showdown and understands that they are the underdog in this situation.

Jones stated, “You’ve got no pressure. Everybody’s expecting Hampton to come in here and beat you because they’re 5-0 and ranked one in state, but we feel like we’ve got a good shot at beating this bunch.”

The Rebels will know what to expect out of Hampton’s offense with the familiarity of seeing them once every year. Players might come-and-go, but the physical ground-and-pound offense remains the same out of the Bulldogs.

“They’re run heavy. They do not have Conor Jones, which is a big deal. They’ve got Levi Lunsford at running back and Dylan Trivett who is a very very athletic quarterback. Their line’s not as big. They’re very athletic, they play hard, and they’re physical, but they’re not as big as they’ve been the last few years so that’s another positive,” Coach Jones explained.

Hampton will pressure South Greene’s offense as much as possible with eight men rushing the quarterback for majority of the snaps. They like sending heavy pressure with only three men in the secondary and will be a huge test for South Greene’s talented backfield with Connor Race, Keshawn Engram, and Derek Miller.

“Offensively, we have got to control the football and do things there. Then on defense, we’ve got to make sure we stop the run,” Coach Jones mentioned.

Kickoff will be set for 7:00 P.M. at South Greene High School on Friday night. The action will be broadcasted live on channel 5 WCYB.