Saving The Best For Last

Parker Shipley's walk off single sends Greeneville to a 3-2 win over Cherokee in the District 2-3A Tournament. 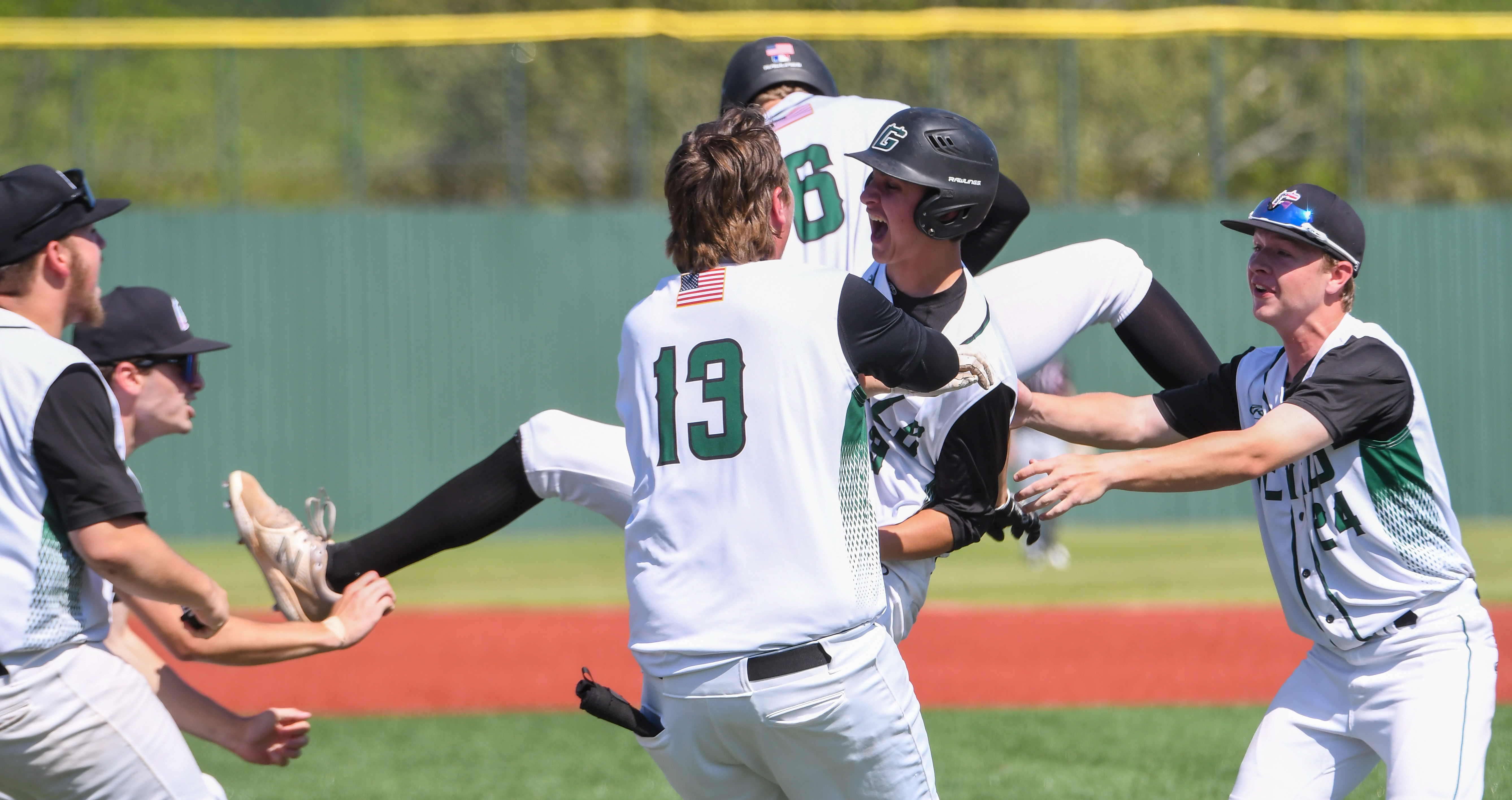 Saving The Best For Last

JEFFERSON CITY – The Greeneville baseball team saved its best for last on Monday afternoon as it snatched a 3-2 walk-off win from Cherokee in the District 2-3A Tournament at Carson-Newman University.

The Greene Devils went to the bottom of the seventh inning tied 2-2 with the Chiefs, but they got two timely hits from Carson Norris and Parker Shipley to stay in the winners’ bracket of the tournament. Greeneville will be back in action today against Grainger at 2 p.m. with a spot in the championship game on the line.

“We battled, we gave them a couple of outs in an inning, but pitching wise I felt like we dominated,” Greeneville coach Andy Collins said. “Parker was tough to come up clutch with two strikes in the seventh. Now its back-to-back-to-back and we don’t have time enjoy this one. All we can hope for is to be in this situation again tomorrow.”

Norris got the Devils started in the decisive inning by firing a line drive into left field. He never stopped running as he rounded first base and turned it into a double with a little help from a throw from the outfield that was off the mark.

Two batters later Shipley stepped up with two outs and then worked a 2-2 count before he saw a curveball coming his way and he smashed it into centerfield.

Norris scored easily on the shot and the Devils quickly emptied the dugout to celebrate with their walk-off hero.

“I saw where the hole was, and I just had to put it where they weren’t,” Shipley said. “I knew it was a curveball out of his hand, I saw the spin. It stayed up I knew if I got the barrel to it that I could push it out to the outfield.”

Greeneville only managed three hits on Monday, but two of them came in the seventh inning to carry them to victory.

Greeneville scored the first run of the day in the first inning with two hit batters and a walk loading the bases. Eli House then worked a bases loaded walk with two outs which allowed Carson Quillen to score.

Cherokee was able to go in front 2-1 in the second inning, started when Matt Newton flew a double to the deepest part of centerfield.

On the next at bat Cole Portnal sent a shot into the right-center gap that tied things at 1-1. Isaac Williams then hit into fielders choice at third base but the throw to double up the batter at first got away and allowed Will Price to make it all the way around the base path to put the Chiefs on top.

The Greene Devils were able to tie the game in the third inning after Colton Richards led off the side by banging a double off the fence in left field. He moved to third on a wild pitch and scored when Ty Casteel hit into a groundout.

In the top of the seventh inning the Chiefs looked as though they were going to be able to regain the lead when Portnal reached second with no outs. Richards was able to strike out Price and then force a groundout before a pickoff at second ended the inning.

On the day Greeneville was able to pickoff two runners and catch two more stealing, which proved valuable in a game that stayed tight the whole way.

“I think that’s what a couple of days of rest and practice gives you,” Collins said. “Those are the things you are practicing, those pick off plays. It was huge today. It felt like a strike out or pick off is how we got outs, with a couple of pop ups mixed in.”

Richards earned the win in relief for Greeneville. He struck out one and gave up one hit in 1 2/3 innings.

In the other quarterfinal game Grainger beat Cocke County 10-1 on Monday. Claiborne then beat Cherokee 9-6 in an elimination game to end the day.