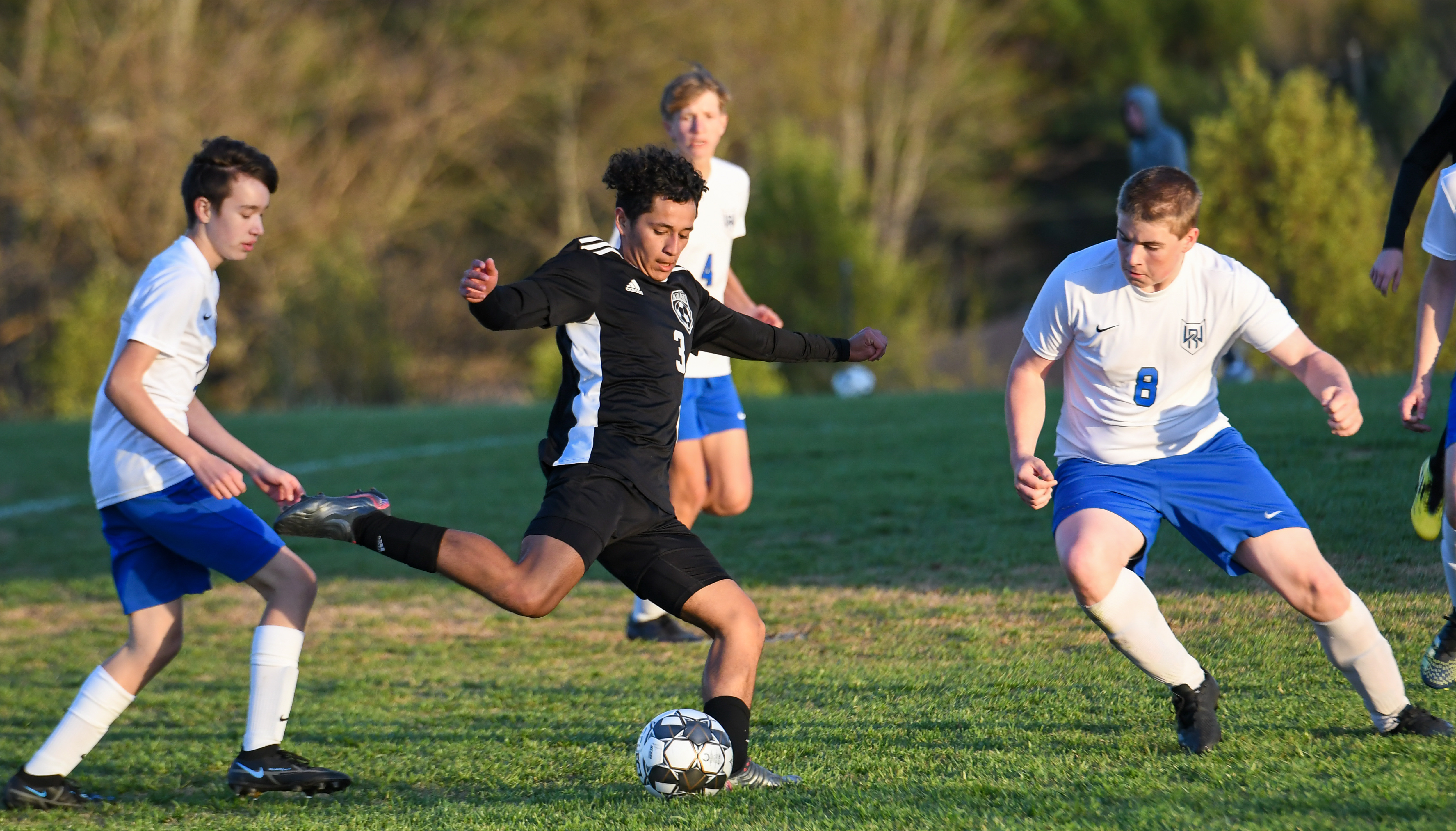 Chuckey-Doak soccer welcomed West Ridge to Lower Afton on Thursday night and took home a 4-0 win over the Wolves.

Marcos Rojas earned a hat trick, scoring all three goals in the second half, to slowly dash West Ridge’s hope and guarantee the win.

“We came out a little flat in the first half but started to figure it out,” Black Knights Coach Cory Braithwaite mentioned. “What I asked them to do was play as a team, move into space, make the passes, and the opportunities will come in the second half. That’s what they did, and we had a bunch in the second half and it showed.”

The Wolves made an attack four minutes in and earned a corner kick after their efforts. Kayden Puck attempted a header but couldn’t get enough power behind the shot.

Ethan Grindstaff got a clean look soon afterwards from outside the box for the Knights. He would put a foot to the ball but came up with an empty possession.

Puck later won the battle in the penalty box but kicked a shot just wide of the goal. Puck would get another chance moments later after Chuckey-Doak was tagged with a foul. The kick had too much leg behind it and sailed over the net.

Chuckey-Doak worked hard around the midfield and Ethan Wagers was thenfirst to put the Black Knights on the board with a clean shot from straight on.

“Wagers helps us a lot. He’s kind of a utility player for us,” Coach Braithwaite stated. “He’s very good out wide on the left. He’s got a great left foot.”

Grindstaff and Roberto Vazquez would see two shots be stopped by the goalie as the Knights kept putting pressure on West Ridge in the closing moments of the half, but Chuckey-Doak sat on a 1-0 lead at halftime.

Rio Little started the offensive attack by sending a ball through the defense along the sideline.

“He does a lot for the team, on and off the field,” Coach Braithwaite said. “He communicates well, he controls the ball well, and he has a good touch. He sees the field and makes good decisions. He still wants that live goal, and you can tell.”

Roberto Vazquez found Rojas wide open on the left side. Rojas would find himself with an open look, but pressure from the defense hurried his shot and the Knights would settle with an empty attack.

Vazquez grinded in the box and tried setting his teammates up with a goal after grabbing the goalie’s attention but the pass would get batted around and cleared by the Wolves’ defense.

Next Rojas was knocked to the ground on a missed call by the officials but didn’t let that stop his grind. He found the ball at his feet inside eighteen-yard box and danced through the defense to deliver a goal for the Black Knights.

Chuckey-Doak would control the midfield for majority of the second half.

Rojas would add his second and third goals of the game late in the 72nd and 74th minutes. The first came on a penalty kick after Vasquez was fouled inside the box. The latter would come as an insurance goal and easily be put in the back left corner of the net.

“Marcos played really well,” Coach Braithwaite said. “I think he was happy to be out there. It looked like it to me.”

The Black Knights turned in a solid second half effort and distanced themselves from West Ridge to carry a 4-0 win into the weekend.