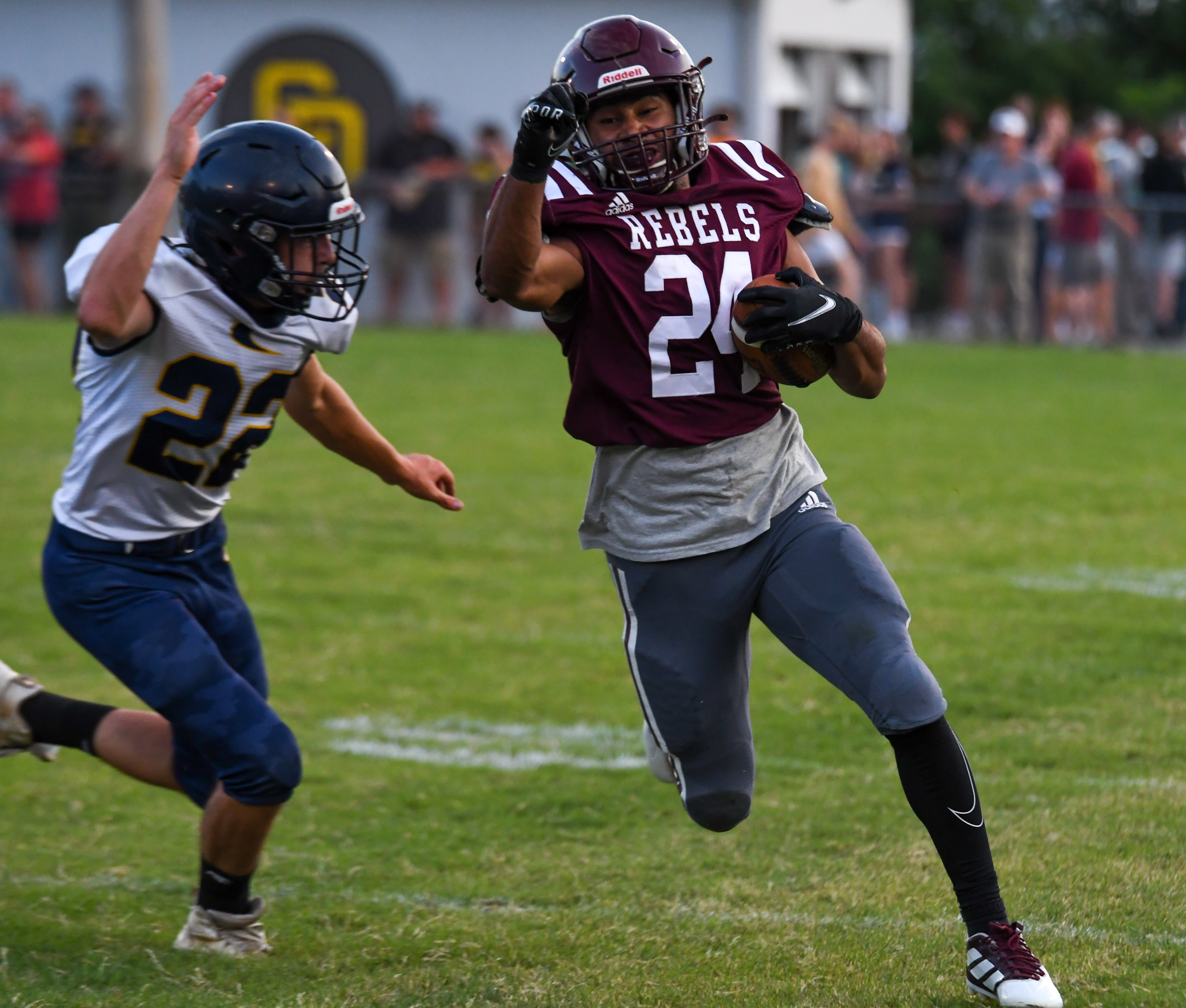 A new look South Greene football team will be tested early as it opens its season on Saturday at noon against Class 5A Daniel Boone.

The game is part of a tough opening stretch for the Rebels that include a matchup with Knoxville Catholic next week, but coach Shawn Jones hopes these types of contests will have his team prepared to make a run late in the year.

“We have a had a tremendous week of practice and the kids are chomping at the bit to get going,” South Greene coach Shawn Jones said. “This is a totally different team from last year and they are wanting to do their own thing.  But you do worry about how these guys are going to do, because many of them are starting for the first time. Talent wise these guys have it, but that doesn’t mean everything will come together on Saturday.”

The Trailblazer will bring a big physical team to the contest including a roster with 20 seniors, nine that will start on defense. That will be a tough task for South Greene’s offense that is counting on first-time starters across the lineup.

“Defensively Daniel Boone is very stout,” Jones said. “They are going to run a split four, crowd the box and dare you to throw it. We have good receivers, and there are few things we think we can do against them.”

South Greene will go into the game using two quarterbacks, with the plan to split series between sophomore Jacob Susong and freshman Nash Rader.

“Our two quarterbacks bring different aspects to the game,” Jones said. “That means we have to cater the offense to whichever one is in the game. We’ll split reps early, especially the first two weeks, then we’ll see how the season goes from there.”

No matter who is at quarterback South Greene comes into the season opener with a litany of skill players who they feel good about. Receiver Cody Rambo is the most experienced of those skill players, and in scrimmages has been a consistent safety valve for both quarterbacks.

In the backfield the Rebels think Conner Race and Keyshawn Engram can both bust big plays. Out wide Dion Blair is someone who the Rebels want to touch the ball, while Jace Roderick can be a big target who can go up and make plays.

Where the Rebels do have some veteran leadership is on defense with Derek Miller back as the team’s leading tackler and joined by Engram who has also seen plenty of time on the defensive side of the ball.

“We feel like our defense is in pretty good shape, they have been playing well in our scrimmages and we know our best chance is to keep this low scoring,” Jones said. “In week one you often worry about alignment and assignment, but we have a veteran leader on that side in Derek Miller who will get us where we need to be.”

For Daniel Boone junior Luke Jenkins will return at quarterback after taking over the job midway through the year last season. He will have a stable of big running backs to hand the ball to with Aiden Riner (6-3, 205), Braiden Blankenship (6-1, 175) and Hagan Edwards (6-2, 195) expected to share carries.

Last year the Trailblazers left Rebel Hill with a 23-14 win. Special teams made a big difference in that contest as Boone owned the field position battle. Kicker Ben Shrewsberry is back again and is regarded as one of the top kickers in the state. All of his kickoffs will make it to the endzone, he can consistently make field goals from inside 40 yards, and he will boom his punts. That extra weapon will only turn up the pressure on South Greene’s defense.