Rebels Looking For Growth In Matchup With Knoxville Catholic 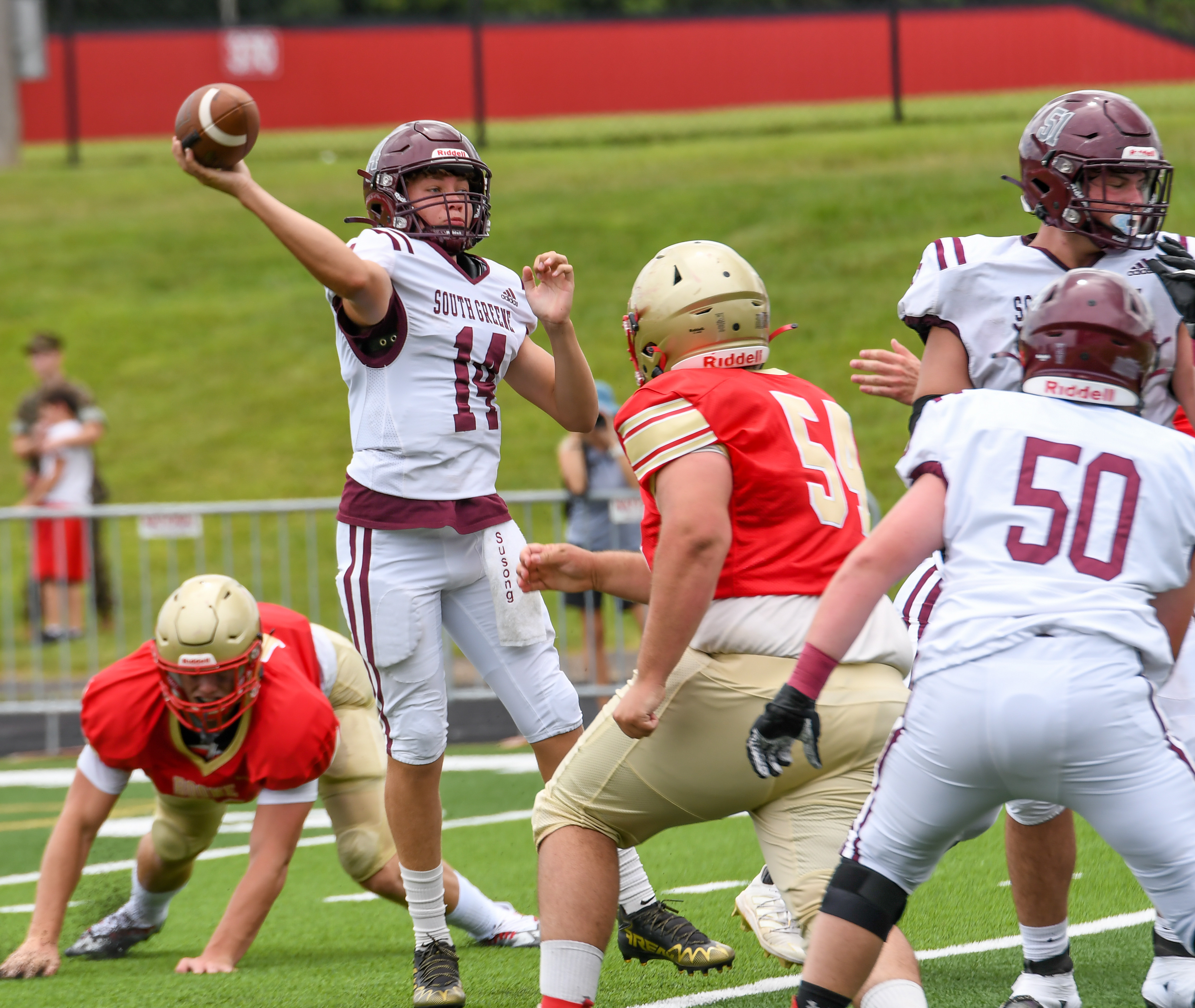 Rebels Looking For Growth In Matchup With Knoxville Catholic

The South Greene football team will be facing another tough task on Friday night as Knoxville Catholic visits Rebel Hill.

Last week the Rebels fell to Class 5A Daniel Boone 26-0 in its season opener and things will not get any easier against the Division II-3A Irish. For South Greene coach Shawn Jones the focus on Friday will be about getting better so that his squad is ready for Region 1-2A competition against Happy Valley next week.

“We’ve concentrated on making sure we are getting better,” Jones said. “You want to see improvement from week one to week two. We saw stuff we need to fix. We knew last week against Boone was going to be tough and we know that with Catholic coming in this week its going to be another tough one. We told the guys that as long we are seeing improvement then we are doing what we need to do to move into the rest of the season.”

Catholic is coming off a 41-14 win over Chuckey-Doak last week. The Knights were able to close the gap to 21-14 at halftime before the Irish pulled away in the second half. The Rebels will have to be ready to defend athletes all over the field and that starts with running back Quincy Pannell who ran for 144 yards and three touchdowns in the opener.

“They have speed everywhere,” Jones said. “They have athletes running around at every position and that is going to be a challenge for us. But we think their linemen will play both ways which is different for them. We think we can get some pressure on the quarterback. He’s a good quarterback but he can make some errant throws. If we get our linebackers after him maybe we can force a bad decision. Chuckey-Doak was able to do some things to frustrate them and we’ll try to duplicate some of that.”

South Greene will enter the contest again using two quarterbacks with Jacob Susong and Nash Rader splitting series. Against a tough Daniel Boone squad both had a few bright spots, but ultimately the Rebels struggled to move the ball.

Trying to sustain drives and move the chains has been the focus for the Rebels this week in practice, and they hope to see progress on Friday before they enter region play.

“We have to get first downs and sustain our drives. We only had three first downs last week and one was by penalty,” Jones said. “Our goal early is to get some first downs. Then it’s to sustain drives and see if we can get it in the endzone. We just need to get this young bunch some confidence.”