Rebels Get Ugly Win On The Road At Unaka 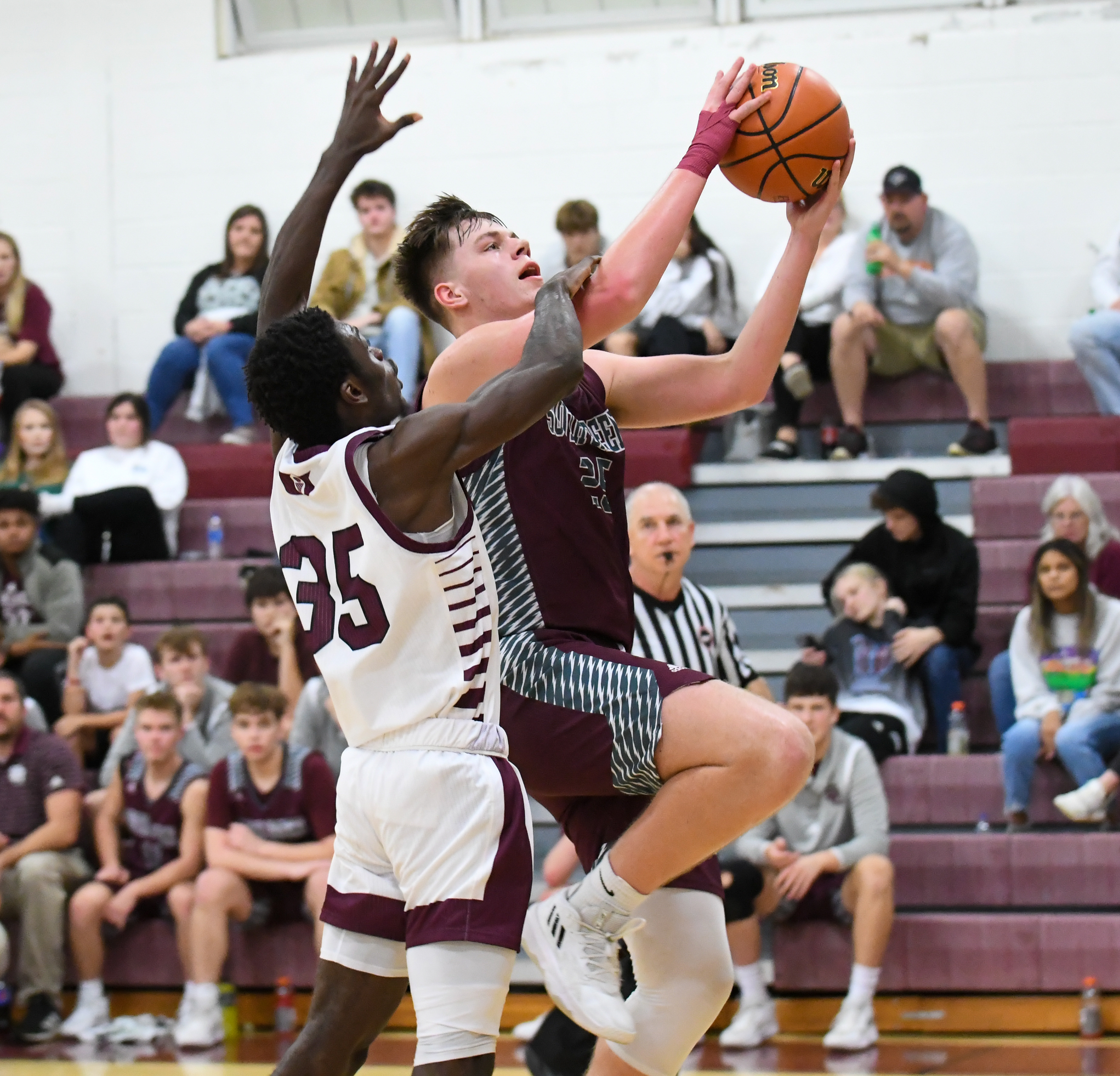 Rebels Get Ugly Win On The Road At Unaka

STONEY CREEK - The South Greene boys did not have their best stuff on Thursday night, but they did enough to go on the road and take down Unaka 57-46.

“Tonight was sloppy. This is a tough place to play, and I’m thankful they had a slow start. If not for that it would have been a dog fight at the end,” South Greene coach Terry Hoese said. “I have four dudes that 6’4” or better and we got out rebounded, we gave up 40 rebounds. We have to play better. It seems like we come to play a couple of nights, and then we have a night or two where we just aren’t very good. We have to find more consistency.”

The first quarter started slow paced with T.J. Buckner sinking the opening basket for South Greene 2:30 into the contest.

Defensively the Rebels allowed just one field goal and four points in the first quarter as they took an early 16-4 lead. Cooper Kelley led the offense with five points while Jase Roderick added four points for the Rebels.

The two finished the night leading the Rebels’ offense with Kelley putting in 15 points and Roderick adding 13.

In the second quarter Buckner slashed through the lane for a layup that turned into three points for a 23-9 South Greene lead, but then Unaka scored eight straight points. Rangers’ big man Marcus Shomaker scored six of those points.

The first half ended with Hunter Toth spinning through the lane for a layup just before the buzzer to give South Greene a 25-17 lead.

Andrew Thornburg made it 35-26 when he finished a steal by Roderick through contact for three points the hard way. On the next possession Kelley made it 38-26 with a triple, and South Greene held a double-digit lead the rest of the way.

Kelley then turned a steal into three points the old-fashioned way, and after two offensive rebounds Roderick got open for a triple as the Rebels took a 45-28 lead into the final frame.

South Greene’s lead reached 54-34 with 3:27 left when Buckner made a pair of charity tosses.

Unaka was able to score the final nine points of the contest, but South Greene was able to hang on for the win.

Joe-Z Blamo led Unaka on Thursday with 13 points, while going 11-of-14 at the free-throw line. Shomaker finished with 12 points.