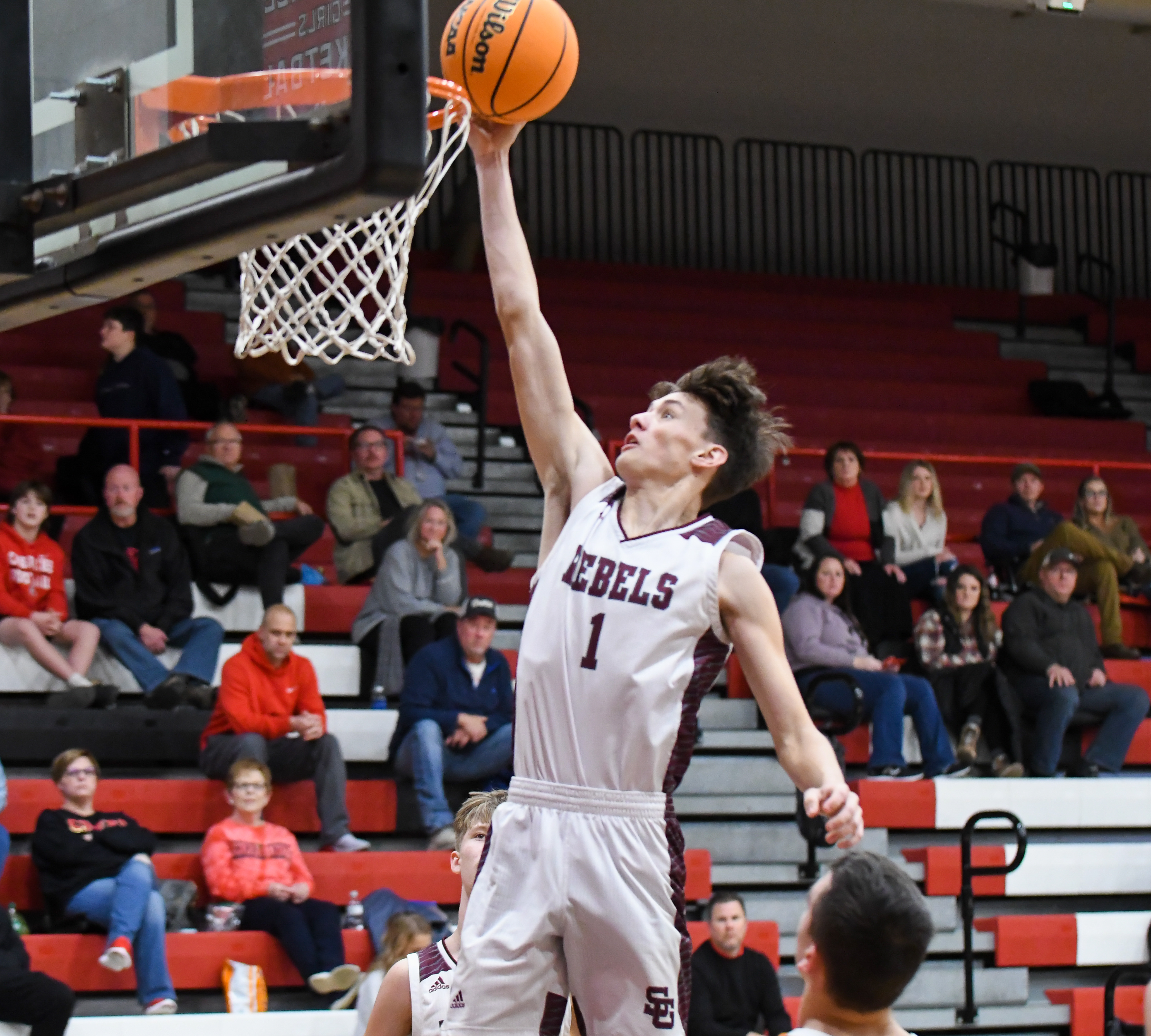 ROGERSVILLE – South Greene spread the ball around and controlled the glass on Monday evening to collect a 72-47 win over host Cherokee in the semifinals of the Big H BBQ Bash.

“I felt like we played hard, and I got to play everybody, which was nice,” South Greene coach Terry Hoese said. “I think our size helped us early and we were able to control the boards. Overall a win is a win, it gets us into the championship, and that is why we are here.”

The win sets up a matchup with West Greene on Tuesday at 8 p.m.in the tournament’s championship game. The teams met just 11 days ago and South Greene won 72-54, but Hoese is not too keen on meeting a District 1-2A opponent in a game that will not count toward the district standings.

“I hate having to play this game right now, I’m not going to lie to you,” South Greene coach Terry Hoese said. “We play each other twice in the regular season. We may have to play each other in the district tournament, and who knows, we may end up matched up in the region. But when you play in local tournaments chances are you are going to have to play somebody in your conference. I’m just glad its for first and second, and not third and fourth.”

Cherokee’s Colton McClain closed the gap one point twice, but after Cooper Kelley sank a triple and then put back a miss as the Rebels closed the quarter leading 16-11.

Kelley got the second quarter going with a three-pointer and Jase Roderick followed with another strike from behind the arc 17 seconds later. Woody Hixson next came up with a steal at half court that turned into two points and a 24-11 Rebels’ lead.

Kelley hit four three-pointers on Monday and scored 14 points for South Greene, all in the first half.

“Cooper is doing this coming off of the bench, and if teams keep playing a zone against us he is going to see lot more playing time,” Hoese said. “Kelley is going to make his shots, and he has more confidence than anybody in the world. He doesn’t think anything he shoots his a bad shot, and he thinks everything he lets go is going in the hole.”

Hixson hit from deep to give South Greene’s its biggest lead of the first half at 27-12, but then Cherokee got triples from McClain and Bruce Elliott to narrow the margin to 27-18.

The Chiefs got as close as 31-23, but Kelley added two more triples to send South Greene to the break leading 37-25.

South Greene started the third quarter with a 10-2 run that put it comfortably in control of the contest with a 47-27 lead. T.J. Buckner led the way by slashing through the lane for six points.

After Cherokee scored five points South Greene got transition baskets from Roderick and Andrew Thornburg as it took a 56-32 lead into the fourth quarter.

The Rebels’ lead grew to 60-32 early in the fourth quarter when Cayden Fillers hit a turn-around jumper from the block.

McClain had one last outburst left for Cherokee as he put in eight straight points for the Chiefs, but Cherokee would never challenge for the lead.

McClain finished the night with a game-high 22 points.