Rebels Can't Keep Up With Daniel Boone In Saturday Showdown 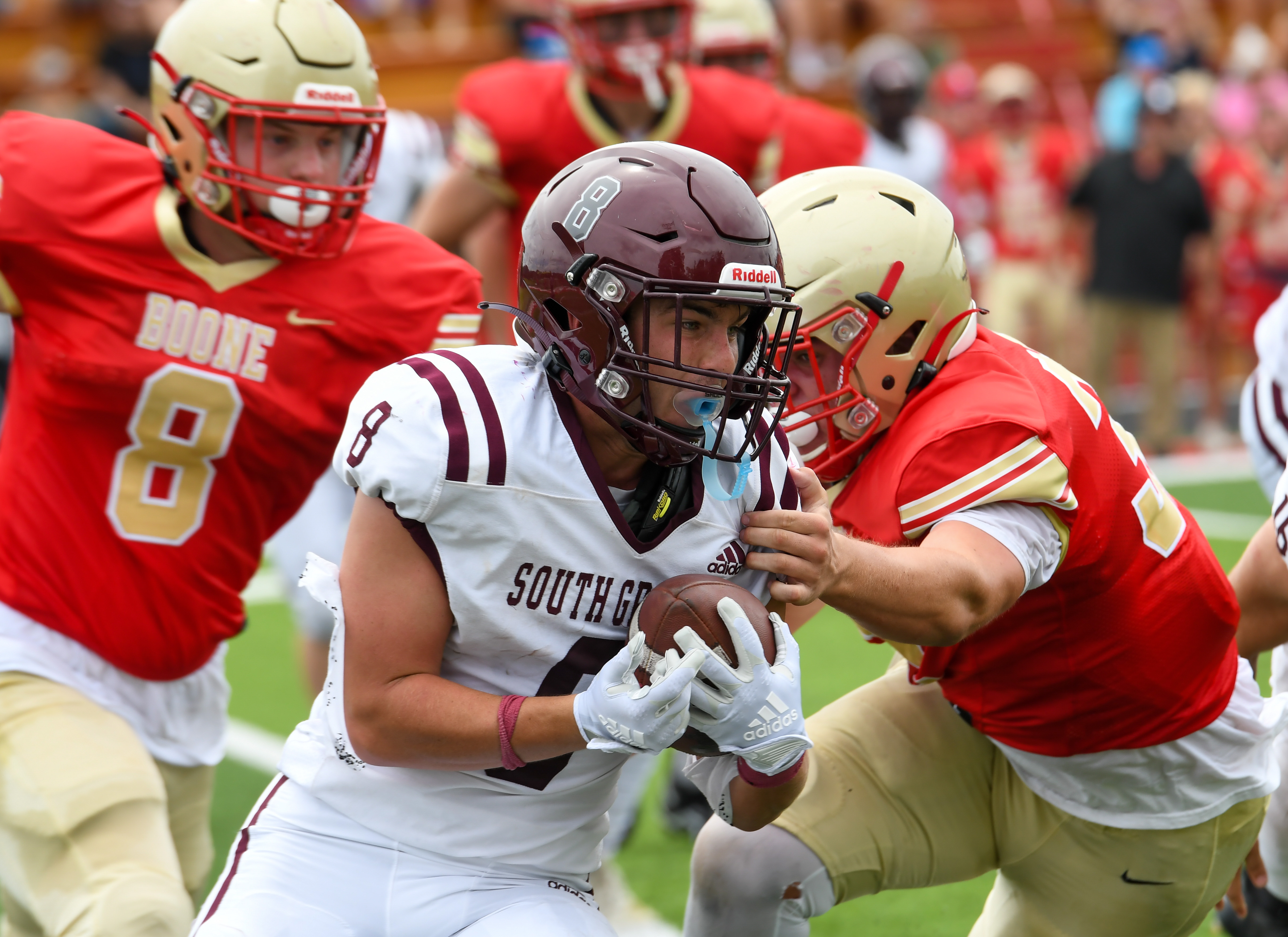 Rebels Can't Keep Up With Daniel Boone In Saturday Showdown

GRAY – The good news for South Greene is that things will not get any tougher the rest of the way, but the bad news is that on Saturday afternoon Daniel Boone proved to be too much for the Rebels in a 26-0 season-opening loss.

The line of scrimmage was the difference on Saturday as the Class 5A Trailblazers' defense stayed in the Rebels’ backfield and the offensive line paved the way for Aiden Riner to run for 124 yards.

“Daniel Boone has a heck of a team. We feel that will be the best team we will see all year, including Knoxville Catholic next week,” South Greene coach Shawn Jones said. “I feel like we played hard, and we have to get better from this. We have nine more games to go and we have a conference to win, that is what we have to be looking at.”

The afternoon started with Isiah Ealey ending the Trailblazers’ first drive with an interception at the three-yard line, but that also put the offense’s back against the wall on it’s opening drive.

The Rebels could not get anything going and Daniel Boone jumped on the scoreboard with a safety when Mikey Ramirez stuffed Conner Race in the endzone.

That lead quickly moved to 9-0 with the Trailblazers needing just five plays after the free kick to find the end zone. The score came when Luke Jenkins booted to his right and hit Landon Kirkpatrick in the corner of the end zone for a 19-yard score.

From there South Greene’s defense started to figure things out and slowed down the Trailblazers’ physical offensive attack. Daniel Boone’s next drive stalled at the 14-yard line and resulted in a 32-yard field goal by Ben Shrewsberry that made it 12-0 with 10:08 left in the first half.

Daniel Boone got the ball back in 1:17 after Luke Scott jumped on a bad snap at the Rebels 24-yard line. Again South Greene’s defense held strong on a short field. A few penalties and a sack by Dion Blair backed up the Blazers and they were forced to send the kicker out again. This time Shrewsberry missed a 38-yard attempt to the left.

“Our defense played well,” Jones said. “We felt like we should have gone to halftime down 10-0, but the offense gave them nine points,” Jones said. “Derek Miller played really well in the middle and it was good see Phillip Blair out there after missing last year with an injury. That was a bright spot, we just have to get better as we go on down the road and see what happens.”

Daniel Boone’s defense helped the offense before the teams made it to intermission and Scott made the big play on special teams. With the Rebels punting from their own 11-yard line Scott blocked the kick and  Manny Dunlop scooped it up and rumbled across the goal line for a 19-0 halftime lead.

In the second half South Greene had a few bright spots on offense. Cody Rambo made a tough 19-yard reception in traffic on a bullet from Jacob Susong, Race made a few good gains on the ground and through the air, and quarterback Nash Rader reeled off a handful of elusive runs. But the Rebels could not sustain any of their drives long enough to produce points.

“We just have to be better blocking up front, but Boone had a lot to do with us not being able to sustain drives,” Jones said. “It was a tough way to start the season, but we are not going to shy away from anybody.”

Daniel Boone’s final score came with 7:21 left to play. Riner completed an eight-play, 56-yard drive by going off tackle to the left and coasting into the endzone from the three-yard line.