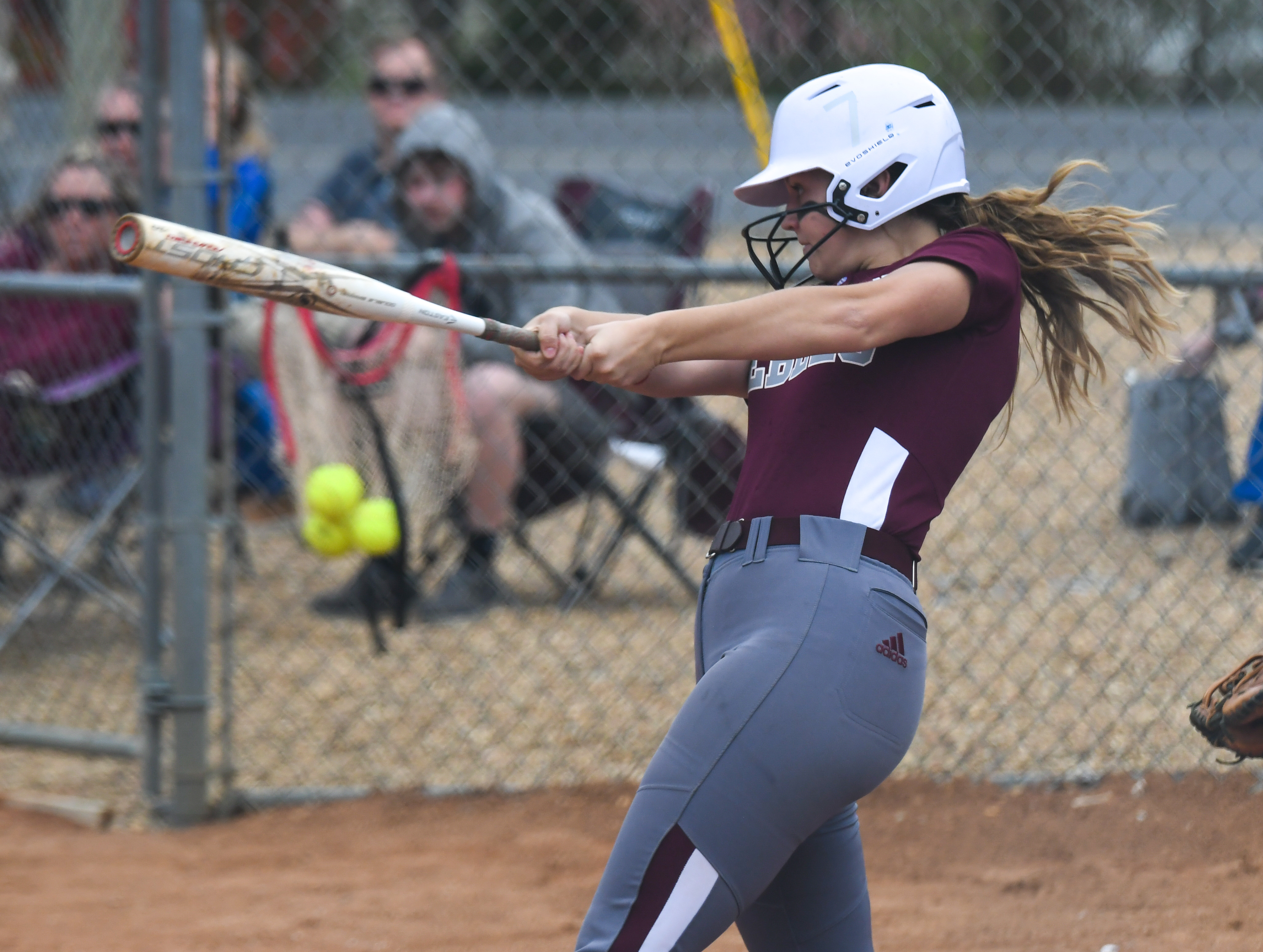 The South Greene and Chuckey-Doak softball teams traded blows on Tuesday afternoon, but the Lady Rebels came up with a 10-8 win to tighten the District 1-2A standings.

Both teams now have one loss in league play, which will make today’s rematch at Chuckey-Doak for first-place in the standings.

The Lady Rebels used 15 hits to score their 10 runs on Tuesday. Amelia Mullins went 4-for-4 with two RBIs, and Lexi Miller was 3-for-3 with three runs scored.

Chuckey-Doak had 12 hits as a team. Breanna Roberts was 2-for-4 with a grand slam, a double and five RBIs.

Hayleigh Taylor was 2-for-5 with a double and an RBI.

Saniah Atchison went 2-for-4, Makayla Ramsey was 2-for-3 with three runs scored.

Sydney Shipley went 2-for-3 and Maura Phillips was 2-for-4.

Kaylee Whitson started the game on the rubber for South Greene. She faced three batter and gave up three hits.

Lexi Miller came on for the final two innings to earn the save. She struck out one, walked nine and gave up three hits.

Ramsey took the loss in six innings for the Lady Black Knights. She struck out five, walked two and gave up 15 hits.

The Chuckey-Doak baseball team stayed perfect in District 1-2A play and won its eighth straight game in an 11-0 win over Happy Valley on Tuesday.

The Black Knights earned eight hits on Tuesday with Wade Fletcher going 2-for-2 with a home run and five RBIs.

Cole Lamons was 2-for-3 with a double and two RBIs. Connor Lamons was 1-for-1 with three runs scored. Cadin Tullock and Christian Derry also had singles.

Fletcher earned the win on the mound. In 4 2/3 innings he struck out 11, walked one and gave up just one hit.

Connor Lamons earned the final out.

The Greeneville soccer team earned a 6-0 win over Tennessee High on Tuesday to improve to 3-0 in District 1-AA play.

Drew Shelton sent Greeneville into halftime with a 2-0 lead after converting goals in the 19th and 31st minutes.

Shelton would go on to complete his hat trick in the 66th minute.

In the 46th minute Austin Beets put in a goal, and in the 50th minute Shelton assisted Zach Barnes who scored on a header.

Cade Snelson scored the final goal of the night on a penalty kick in the 80th minute.