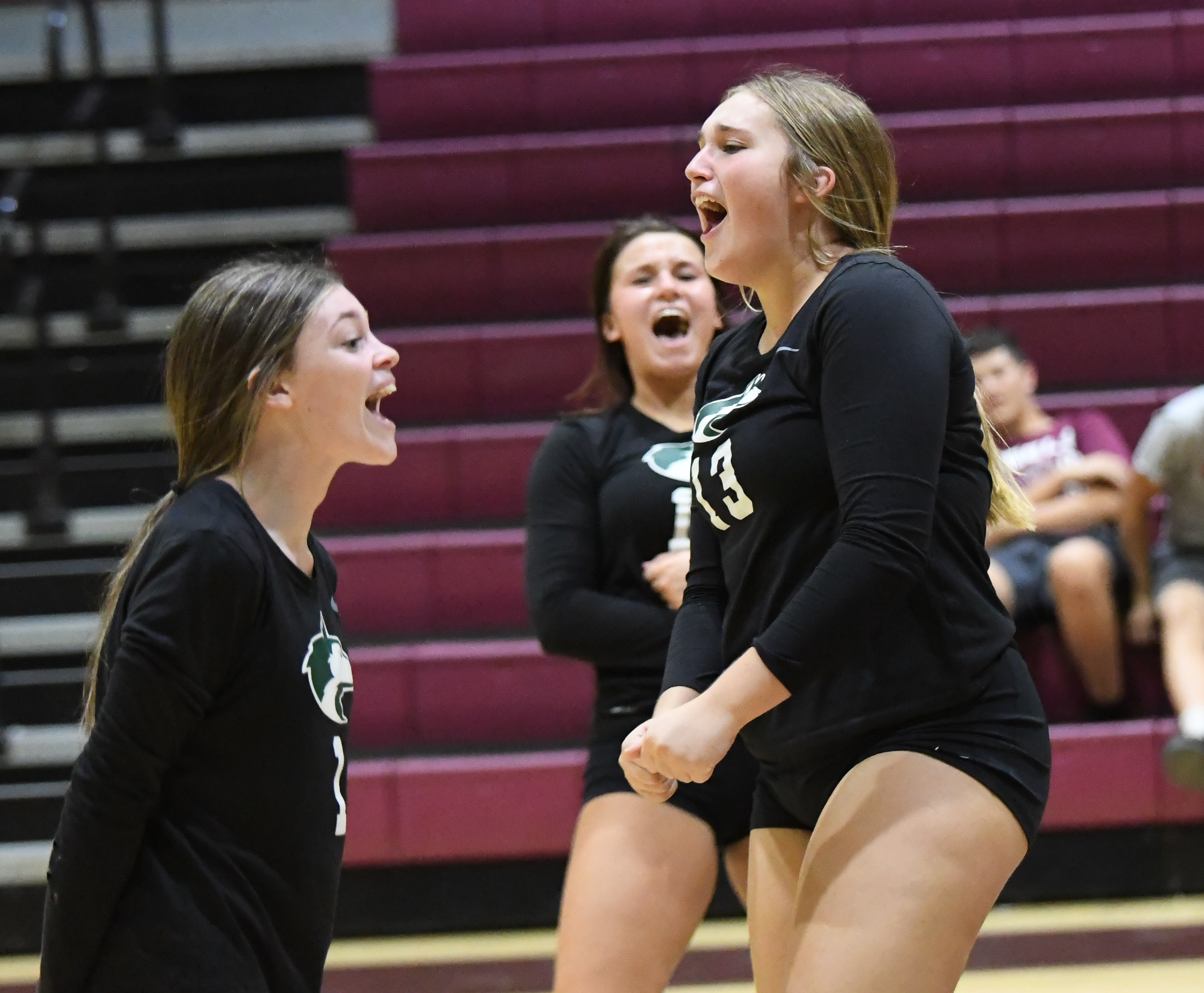 The Chuckey-Doak soccer team earned another shutout victory on Thursday on the road at Sullivan East by a score of 3-0.

Tavyn Southerland put the Lady Black Knights up early when she blistered the ball into the net from the left side after receiving a Faith Rice cross.

The Lady Black Knights doubled the lead before the halftime whistle when Sarah Wright sent a through ball to Bailea Gilland who chipped the ball over the Sullivan East keeper's head and into the net.

The Lady Black Knights got the third goal midway through the second half when Wright's direct kick bounced around both teams before Faith Rice could gain control and place into the net.

Chuckey-Doak's defensive unit earned the shutout behind strong play from Niome Merrill, Kalee Delotto, and Southerland who allowed Sullivan East only one shot on goal.

The Lady Black Knights improved to 9-0-2 and are off until Tuesday when they travel to University High for a huge district match-up.

The North Greene volleyball team earned a pair of 3-0 wins over Happy Valley on Thursday night.

JV would lose a close one in overtime 32-24. Zyaire Neal would score three touchdowns in the defeat.

GMS returns to Burley Stadium Thursday night for a matchup with TA Dugger.