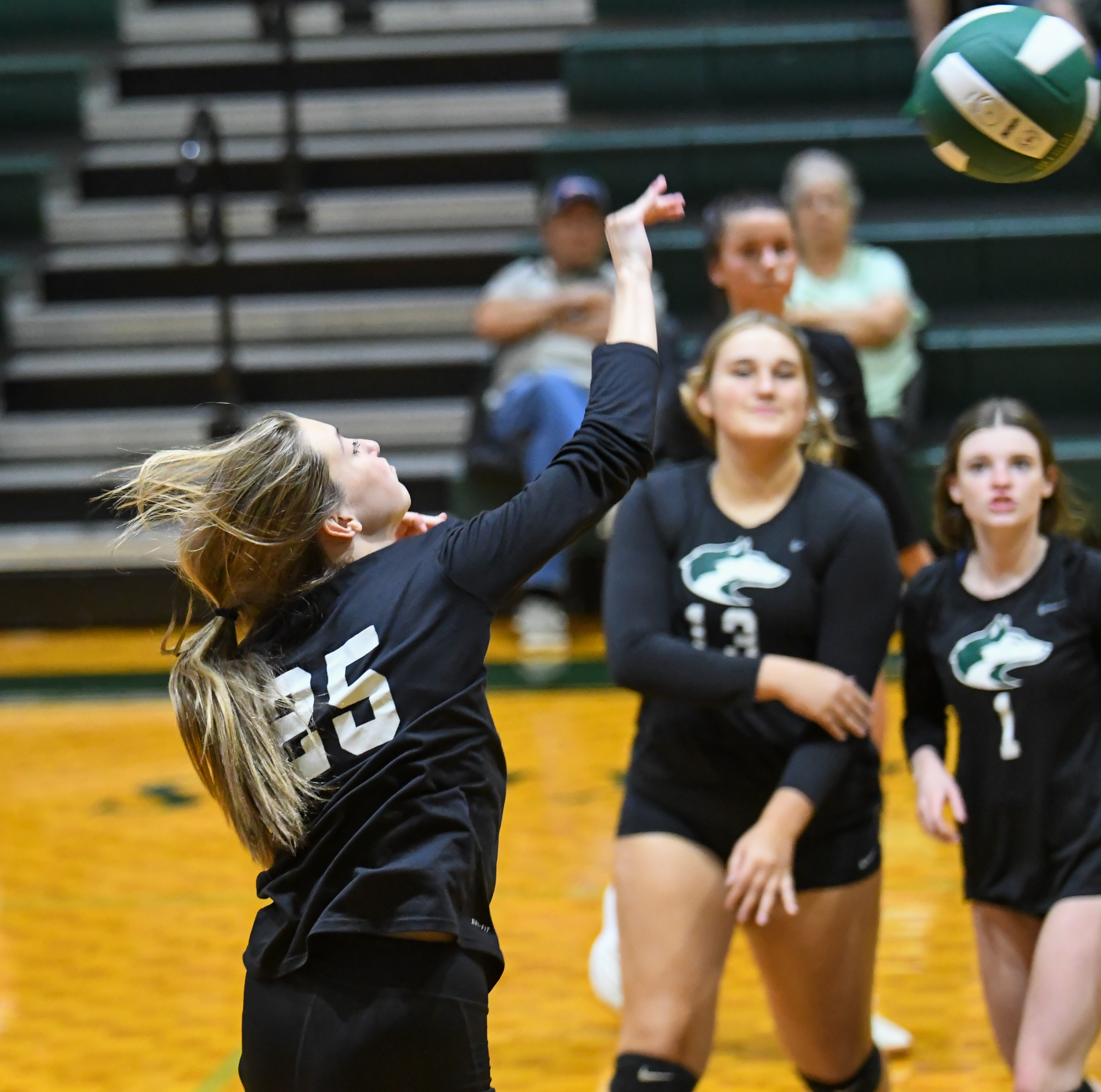 The North Greene volleyball team earned a pair of 3-0 wins over Hancock County on Thursday night in a double header.

The Chuckey-Doak Lady Black Knights soccer team ran over the Gatlinburg-Pittman Lady Highlanders by a score of 7-0 on Thursday.

The Lady Black Knights opened the scoring in the fourth minute from a passing combination from Aliah Campbell to Kylie Malone who blasted the ball into the net for the 1-0 lead. Two minutes later Malone sent a pass to Faith Rice who poked a shot into the net for the 2-0 lead.

In the 14th minute Malone got a second goal after Layla Fox sent a cross into the box. The first half ended with Chuckey-Doak leading 3-0.

The Lady Black Knights got four second-half goals, starting in the 49th minute.  Faith Rice received a through ball and calmly found the side netting for her second goal of the night and the 4-0 lead.

Campbell blasted in a goal after running through the Lady Highlander defense in the 51st minute. Campbell added a second goal in the 66th minute after beating the GP keeper and tapping the ball over the goal line.

Malone completed her hat trick in the 74th minute, hitting a rocket into the goal from just outside the 18-yard box.

The Lady Knight's defensive unit was led by Kalee Delotto and Sarah Wright who dominated the midfield to earn the shutout.

The Chuckey-Doak golf team earned a win on Thursday at Twin Creeks over West Greene and Unicoi County.

West Greene shot a 202 as a team. Tilynn Willett led the way with a 44 and a share of medalist honors. Conner Campbell shot a 50, Peyton Shelton 52 and Keaton Potter 56.

On the girls side Chuckey-Doak's Kyleigh Crawford shot a 54 to earn medalist honors. Unicoi's Marlee Cornett shot a 60.

Yordan Gomez-Mills had three touchdowns in the game,one rushing, one receiving, and one kick return, as did Cole Smith, two passing and one rushing.

Gomez-Mills led the defense with 7.5 tackles, Jack Lister had 6.5 tackles and while Kobe Dobner and Parker Quillen each had five kills.

The GMS JV team also got a win 21-0. Greeneville Middle is back in action next week at Dobyns-Bennett HS against John Sevier.