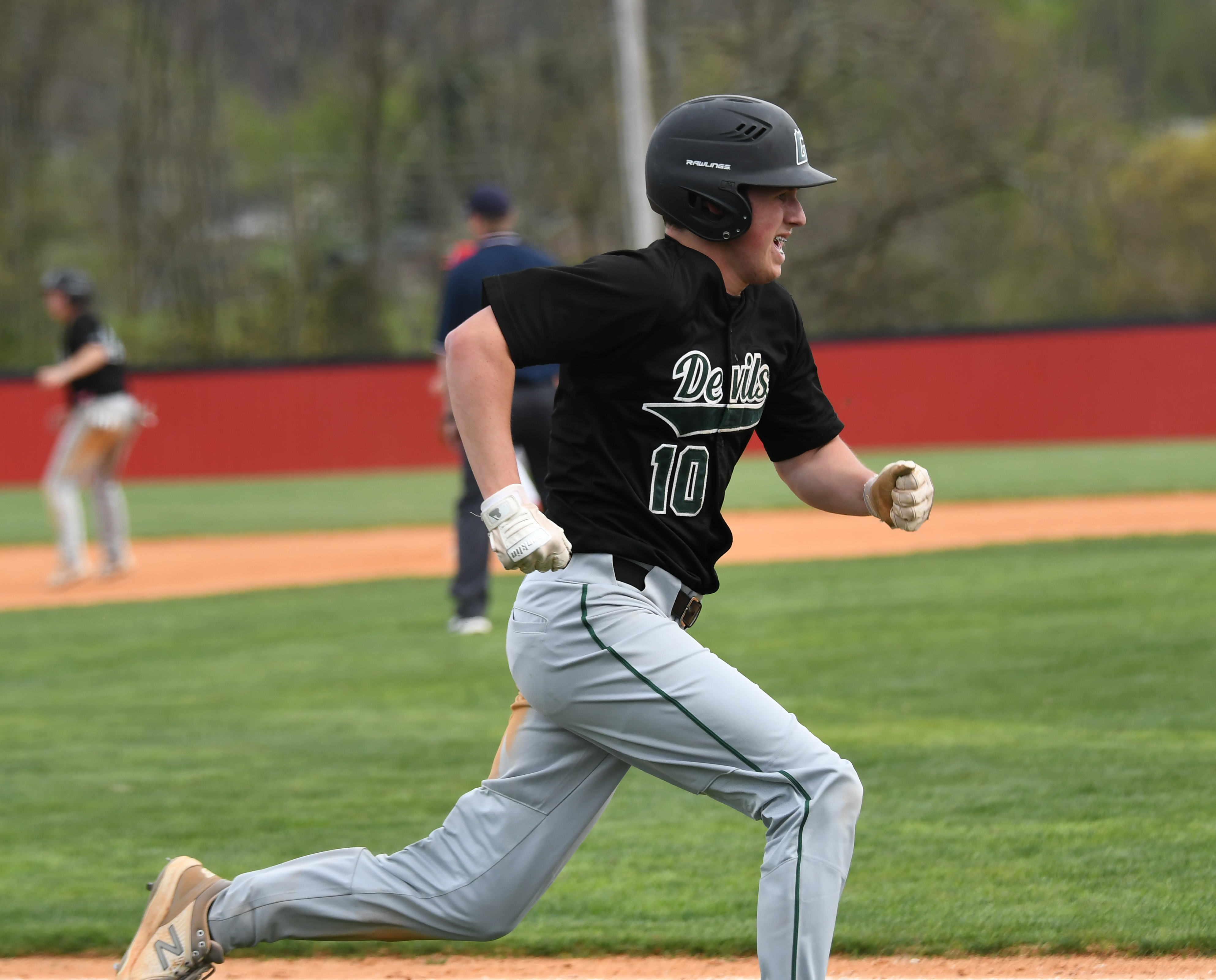 The Greeneville baseball team kept rolling on Thursday and won their sixth straight game with a 4-3 win over Cherokee.

Corbin Cannon came up with the go-ahead run in the top of the seventh inning. After leading off with a single to centerfield Cannon stole second and third and then scored on a throwing error by the Chiefs.

Greeneville began the scoring in the top of the first inning with Carson Quillen starting things with a four-pitch walk. Quillen scored when Colton Richards hit into a fielders choice.

In the fourth inning Greeneville went up 2-0. Quillen again got things started with a walk and after two steals he again scored when Richards hit into a groundout.

Cherokee came back and tied the game at 2-2, and Greeneville regained the lead in sixth inning. Parker Shipley crossed the dish after Eli House was hit by a pitch with the bases loaded.

The South Greene softball team picked up its third District 1-2A win in three days on Thursday afternoon with a 13-2 beating of Happy Valley.

The Lady Rebels pounded out 13 hits in the win with Evie Rader going 4-for-4 with three RBIs and a double. Whitney Casteel was 2-for-4 with a home run, double and two RBIs.

The Lady Greene Devils earned 12 hits in the win. Ashlynn Rachon went 3-for-3 with two home runs and five RBIs to lead the way.

Ella Moore was 2-for-2 with a double, two runs scored and one RBI. Kaley Bradley was 2-for-3 with a double and an RBI. Ansley Collins and Kyla Jobe each scored two runs.

Greeneville finished the night with a 9-1 win over Cloudland.

Bradley earned the win in the circle with five strikeouts, three walks and five hits allowed in five innings.

The Lady Devils will be back in action today with games against West Ridge and Johnson County.

The North Greene softball team started the Tiny Day/ Red Edmonds Tournament on Thursday with a 2-0 win over Johnson County.

Both runs crossed in the fourth inning started by Haley Bailey who put a single into center field and was then knocked in by Cambell Gaby.

Ashley Fulton then hit into an error that scored Gaby from second base.

North Greene earned a total of three hits in the win with Zoe Sanders also reaching on a single.

Kylee Jones earned the win in the circle with three strikeouts, one walk and two hits allowed.

The Lady Huskies were only able to muster two hits with Kessie Antonelli and Bailey each earning one.

In the circle Gaby struck out five, walked none and allowed six hits.