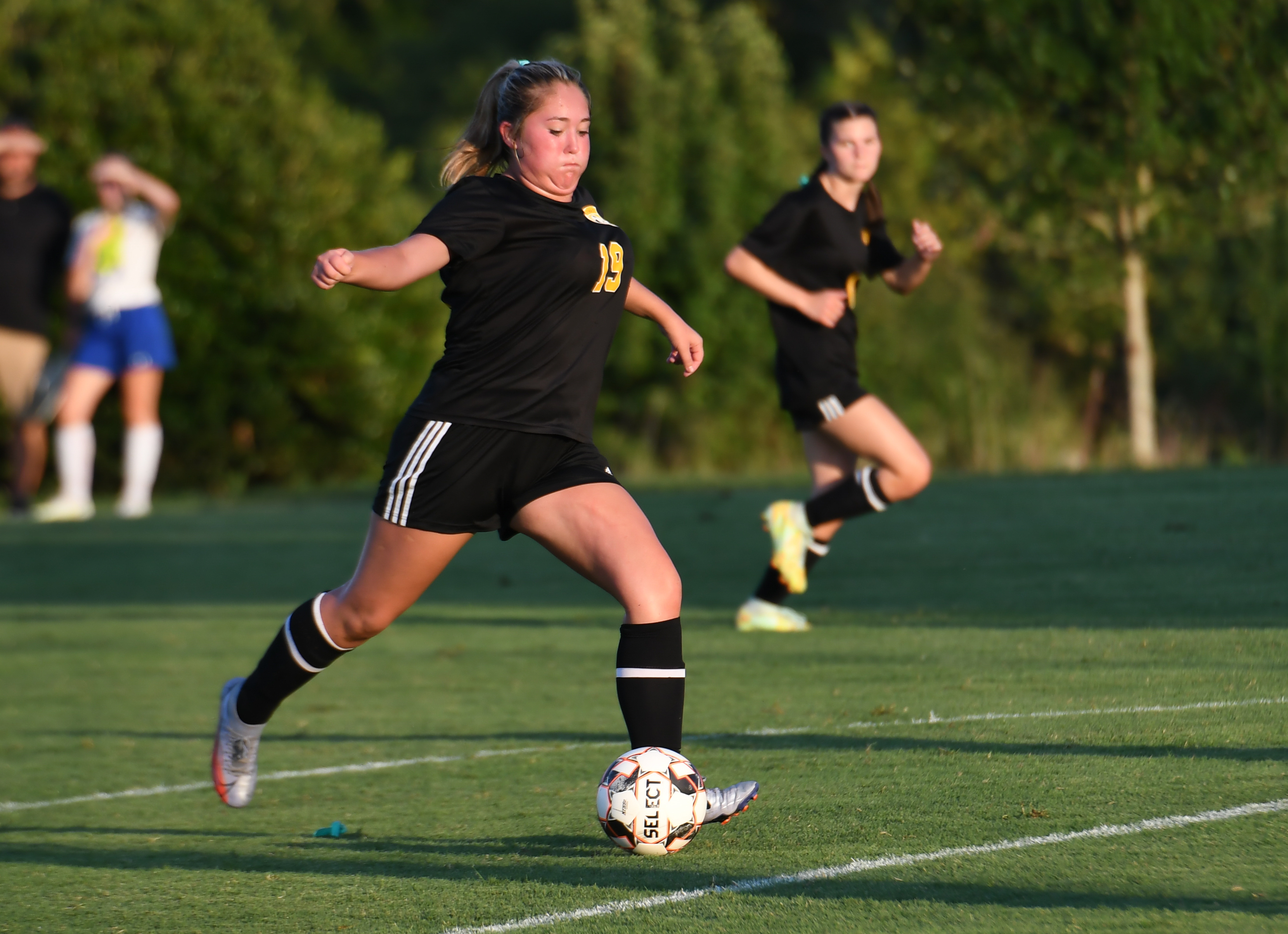 The Chuckey-Doak Lady Black Knights battled to a 1-1 road draw versus the Elizabethton on Monday night.

The game was a tale of two halves. The first half was all Elizabethton while the second half was all Chuckey-Doak.

The Lady Cyclones drew first blood midway through the first half when a bad bounce took the ball over Chuckey-Doak keeper Kylie Askew's head and into the net for the 1-0 lead. The Cyclones outshot the Lady Black Knights 4-3 in the first 49 minutes of play.

The Lady Black Knights tied things up 10 minutes into the second half after a string of Chuckey-Doak touches and passes led to a Faith Rice assist and a Layla Fox goal.

The CD defense was led by senior Sarah Wright who battled for the ball all over the field.

Chloe Marsh led the Lady Devils with 14 kills and 10 digs. Lauren Bailey had 11 kills and seven digs and Eden Aiken had 31 assists.

Aidan Collier of North Greene earned medalist honors by shooting a 36. Jason Britton shot a 50 for the Huskies, Ethan Dilks had a 53 and Don Stansfield 55 for a team score of 194. Tyler Britton shot a 58 and Adam Weir shot a 61.

Conner Banner shot a 54 for Unicoi County and Galen Bradford had a 67.