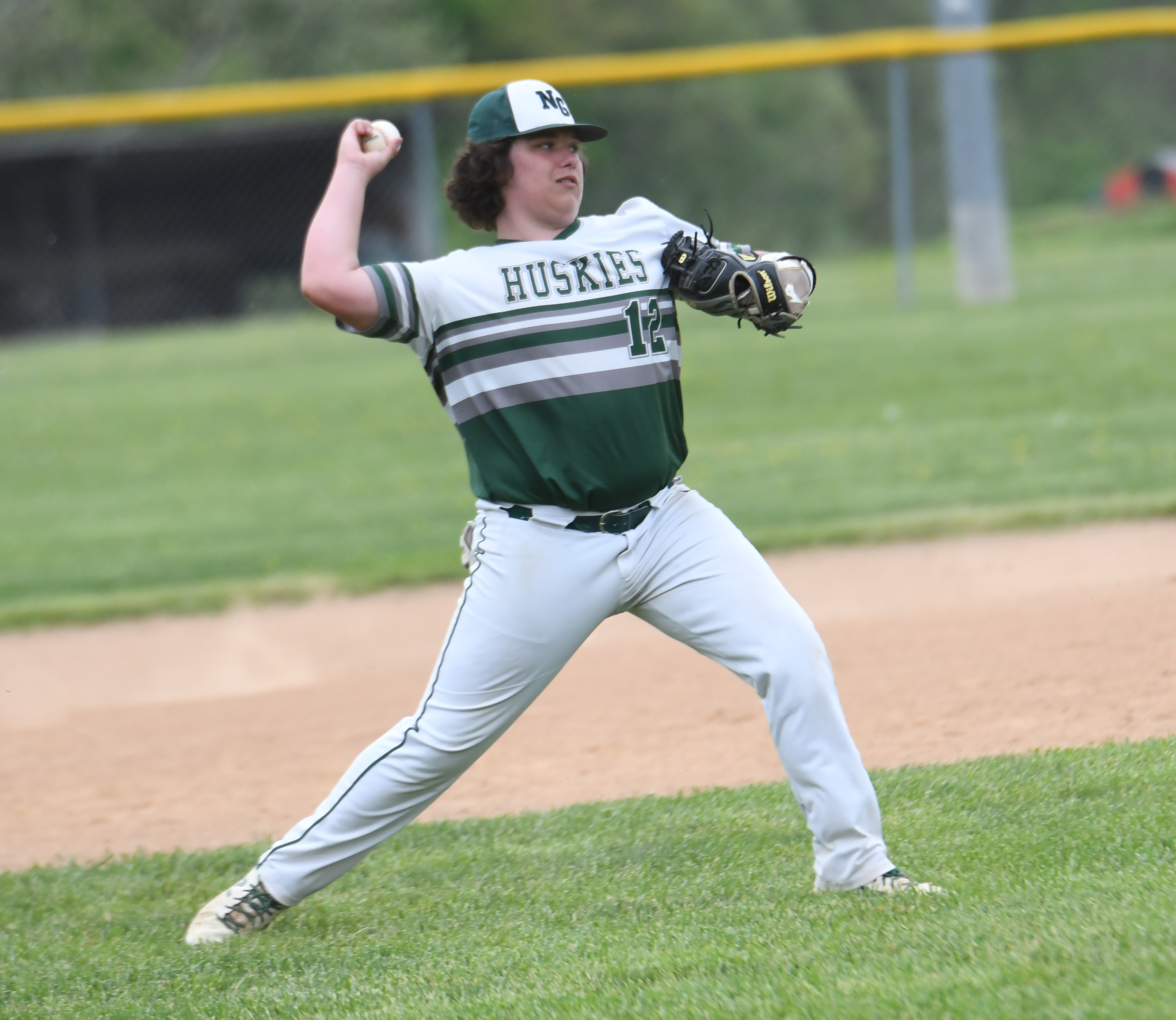 The North Greene baseball team picked up a 9-3 win over the Tri Cities Flames on Monday night.

The Huskies pounded 11 hits in the win while also taking advantage of nine walks.

Tanner Sexton led the way by going 2-for-4 with two doubles. Drexel Grant was 2-for-3 with a triple, two RBIs and three runs scored.

Brady Harkleroad was 2-for-3 with two RBI, and Don Stansfield was 2-for-4. Adam Weir had two RBIs and Colton Robbins had a double.

On the mound Sexton threw a seven-inning complete game. He struck out nine, walked two and allowed eight hits.

Franklin tossed a five-inning no-hitter for the Patriots with 12 strikeouts and three walks.

Crobin Cannon threw one inning with one strikeout, two walks and one hit allowed.

The South Greene baseball team picked up an 11-5 win over Washburn on Monday.

The Rebels used just four hits and took advantage of five errors in the win.

Hayden Hartman had a grand slam and Jesse Lawing had a double for the Rebels. Seth Franklin and Brendan Lisenby each had one single.

Graydon Rader threw one inning with two strikeouts, one walk and no hits allowed.

The Chuckey-Doak baseball team fell to Pigeon Forge 9-0 on Monday.

The Black Knights managed just three hits in the loss. Jaylen Willet went 2-for-3 with a double and Cole Lamons added a double.

Lamons started the game on the mound and went 2.2 innings. He struck out one, walked three and gave up eight hits.

Christian Derry threw one inning, with no hits allowed.

The Lady Huskies were held to two hits with Haley Bailey and Kessie Antonelli each earning one.

On the rubber Kylee Jones had three strikeouts, two walks, and 11 hits allowed.