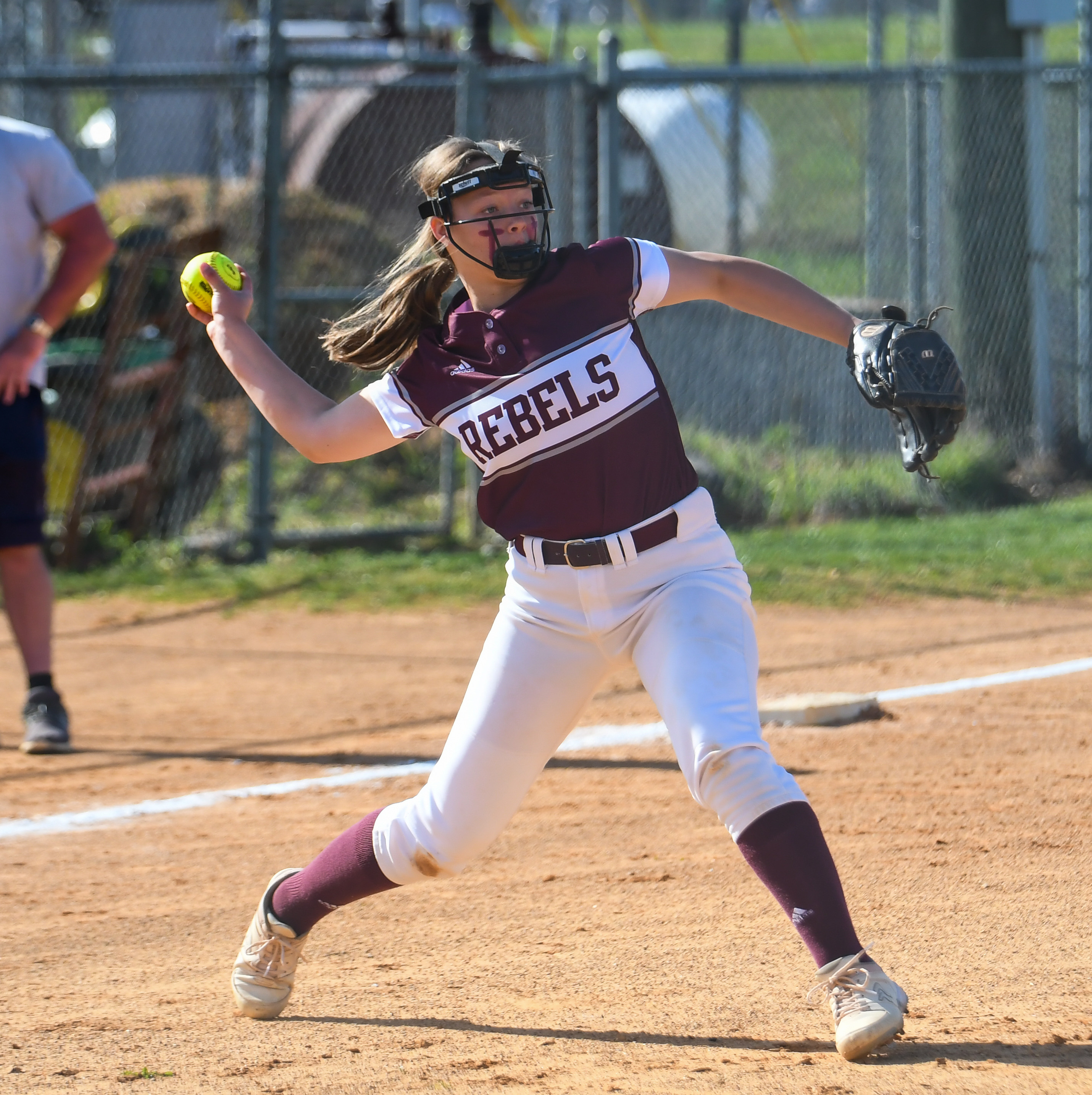 The South Greene softball team took a 5-4 walk off win over Johnson County on Monday afternoon.

The decisive runs came across in the bottom of the seventh inning. Hannah Penley started things by getting by a by pitch but was eliminated when Whitney Casteel hit into a fielders choice.

Lexi Miller walked to put the go-ahead run on base and with Evie Rader up both runners stole to get into scoring position. Rader then sent a line drive to center field to score them both and give South Greene the win.

On the day South Greene earned just three hits with Rader, Casteel and Anna Willett all earning one.

In the circle Miller went 3 1/3 innings with one strikeout, no walks and seven hits allowed.

The Greeneville softball team stayed perfect in District 2-3A play with a 14-0 thumping of Cocke County on Monday.

The Lady Devils earned 12 hits and sent four balls out of the park against the Lady Red.

Collins led the attack by going 3-for-3 with four RBIs and two runs scored.

The West Greene baseball team went to Happy Valley on Monday and came back with a big 13-3 win.

The Buffaloes earned 11 hits in the victory. Mason McCamey went 3-for-3 with two RBIs and two runs scored.