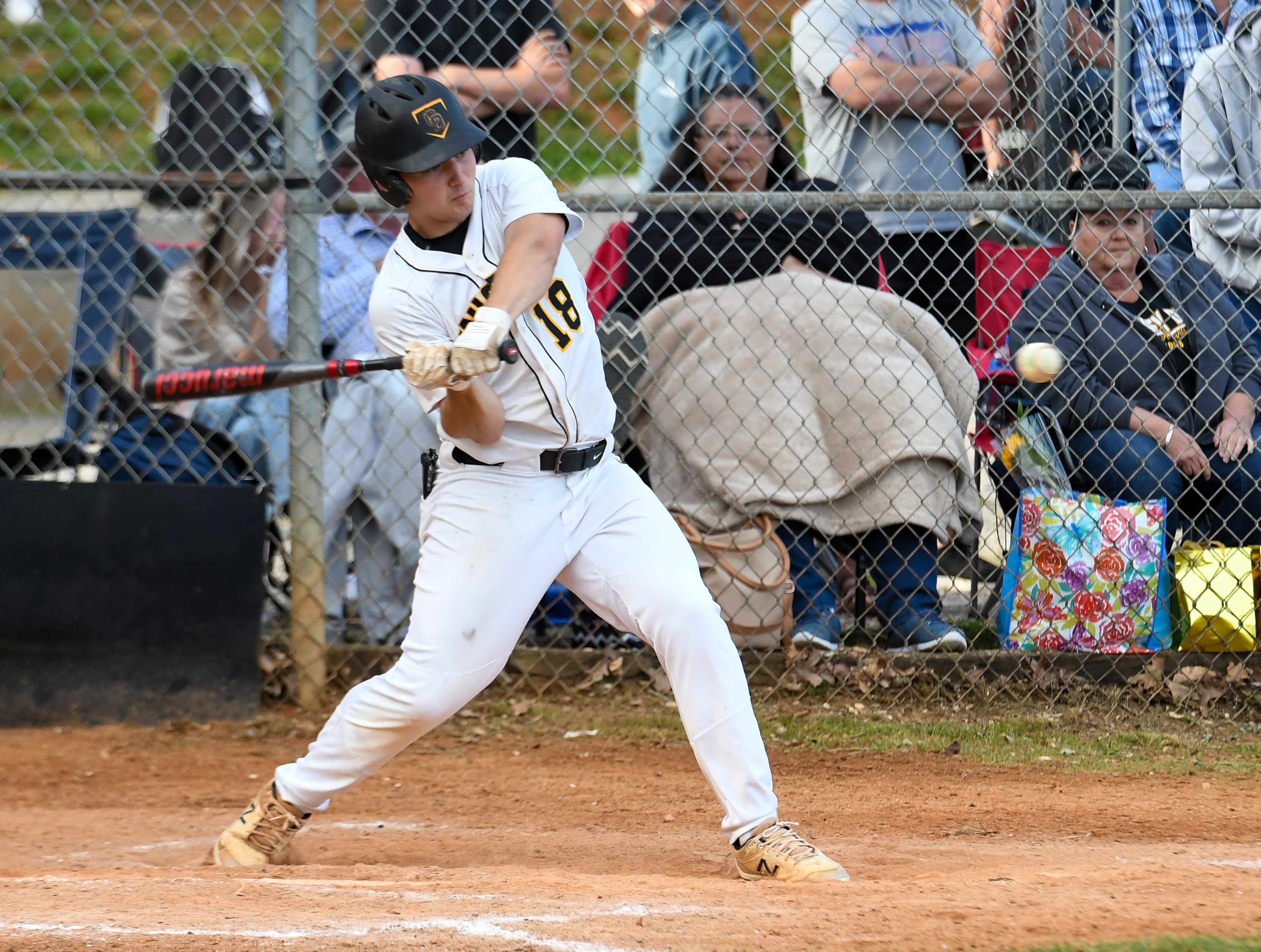 The Chuckey-Doak baseball team took care of business on Friday, handing South Greene a 9-1 loss and finishing District 1-2A play with a perfect 12-0 record.

The Black Knights used eight hits and five walks to score their nine runs. Wade Fletcher led the offense by going 2-for-2 with three runs scored.

Datyn Bowman was 2-for-3 with two RBIs. Christian Derry and Dillon Shelton also had singles for Chuckey-Doak, giving the final four batters in Chuckey-Doak’s batting order six of its eight hits.

Cole Lamons had a double and Jaylen Willett had a single.

Derry earned the win for the Black Knights. In five innings he struck out seven, walked one and gave up four hits. In two relief innings Austin McBurnett struck out seven and allowed one hit.

The Buffaloes managed just three hits in the loss. Keith Valentine, Mason McCamey and Austin Wampler all had singles.

The Buffaloes and the Longhorns will face off again in the first round of the District 1-2A Tournament in Mountain City on Friday.

The Greeneville junior varsity baseball team won its District 2-3A Tournament on Saturday, defeating Cocke County 9-3 in the championship game.

Kobe Mundy earned the win on the mound in the title game.

In the semifinal against Grainger Cornin Cannon earned the win and had a home run at the plate. Eli House and Noah Murray also good days at the plate for Greeneville.

The South Greene softball team took down Happy Valley 10-0 on Friday to lock up the top seed in the upcoming District 1-2A Tournament.

Evie Rader was 3-for-3 with a double and two RBIs. Katie Willett, Amelia Mullins and Kaylee Whitson all had one hit.

In the circle Mallory Fillers earned the win, striking out none, walking none and giving up four hits in five innings.