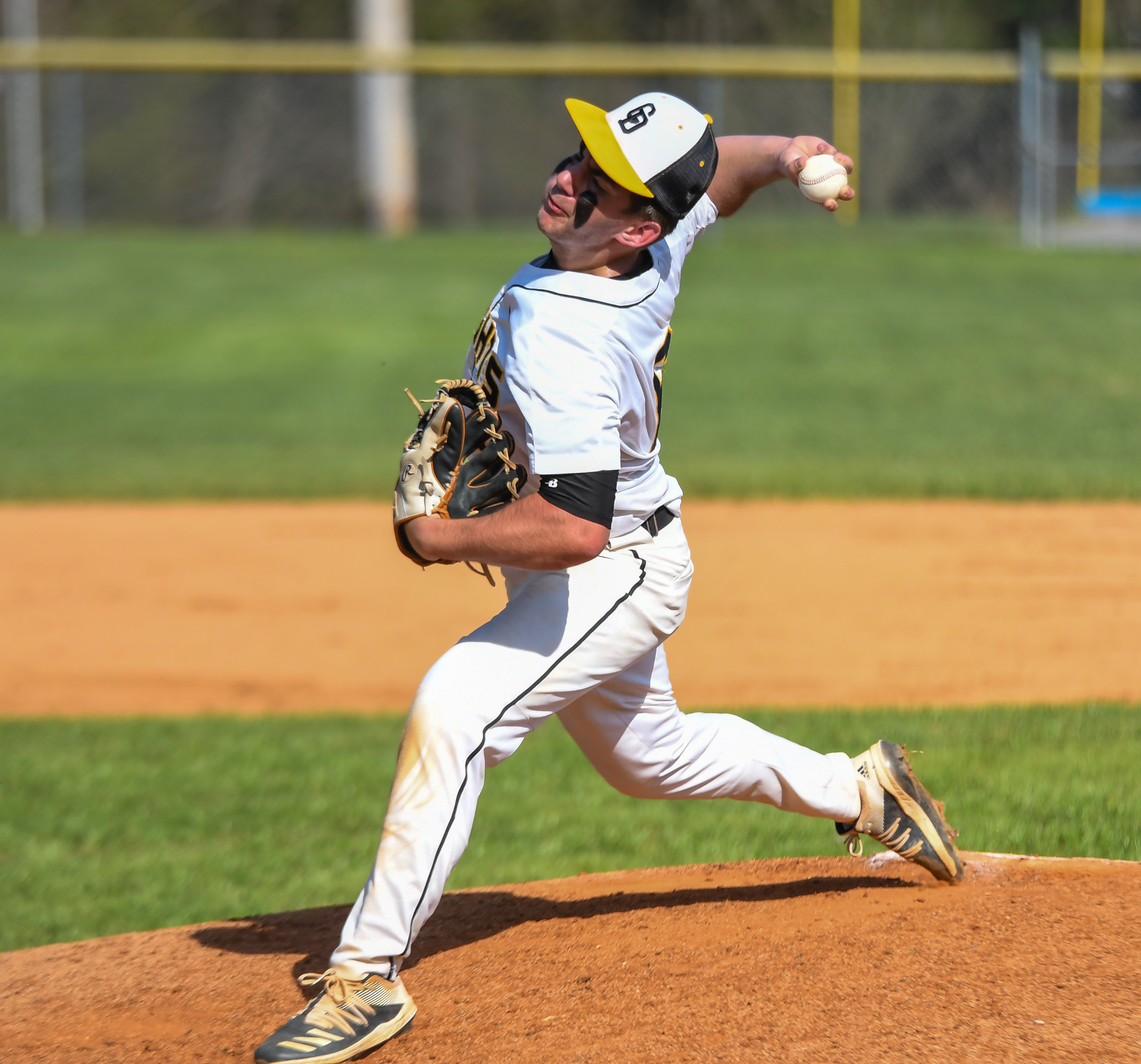 The Chuckey-Doak baseball team scored six runs in the sixth inning to rally past Unicoi County for an 8-4 win on Friday.

The Black Knights used 11 hits to score their eight runs in the win. Wade Fletcher led the way going 2-for-2 with a home run and four RBIs.

Fletcher started the game on the mound and in 4.1 innings he struck out six, walked five and gave up four hits.

Willett threw the final 2.2 innings to earn the win. He struck out four, walked two and gave up no hits.

The North Greene baseball team fell to Volunteer twice on Friday, both times by a score of 3-2.

In game one North Greene earned five hits with Tanner Sexton went 2-for-3 with two RBIs. Brady Harkleroad, Adam Weir and Jeshua Crawford all had singles.

In game two North Greene earned three hits. Crawford was 1-for-2 with a double. Sexton and Seth Charlton both earned singles.

Eighty-two high school track teams from across twelve states gathered at the Tom Black Track on the University of Tennessee Campus on Saturday to compete in the Volunteer Track Classic.

It was a day of strong competition with records falling all around. The Greeneville High track teams did their part with 15 PRs on the day and two school records.

The Greene Devils finished the day in fourth place as a team behind Hardin Valley, Maryville, and St. Anthony's of New York.

Brock Moore opened the day with a state leading 13.94 seconds in the 110 meter hurdles to win the event. His time eclipsed Brigham Lyons' 14.09  school record set in 1991.

Mason Gudger joined his teammate in the 100 meter finals, placing sixth in a time of 10.75.

The two speedsters combined with Moore and Keelen Lester to win the 4X100 Meter Relay in 42.59.

J.J. Durbin placed fourth in the discus with a throw of 145' 7" to round out the scoring for the Devils.

Zachariah Duncan won the 110 meter hurdles. In the 100 meters Jude Dyer was second and Nash Rader was fourth.

Dyer was first in the high jump, and Zachariah Duncan placed third.

Braxstin Roberts was second in the discus.

On the girls side in the 100 meters Alexa Gabbard was second and Natalie Foshie was sixth.

The 4X400 relay team of Foshie, Gabbard, Sapana Das and Darnell was fifth.

Foshie placed fourth in the discus. In the high jump Gabbard came in third place and Moody was sixth.