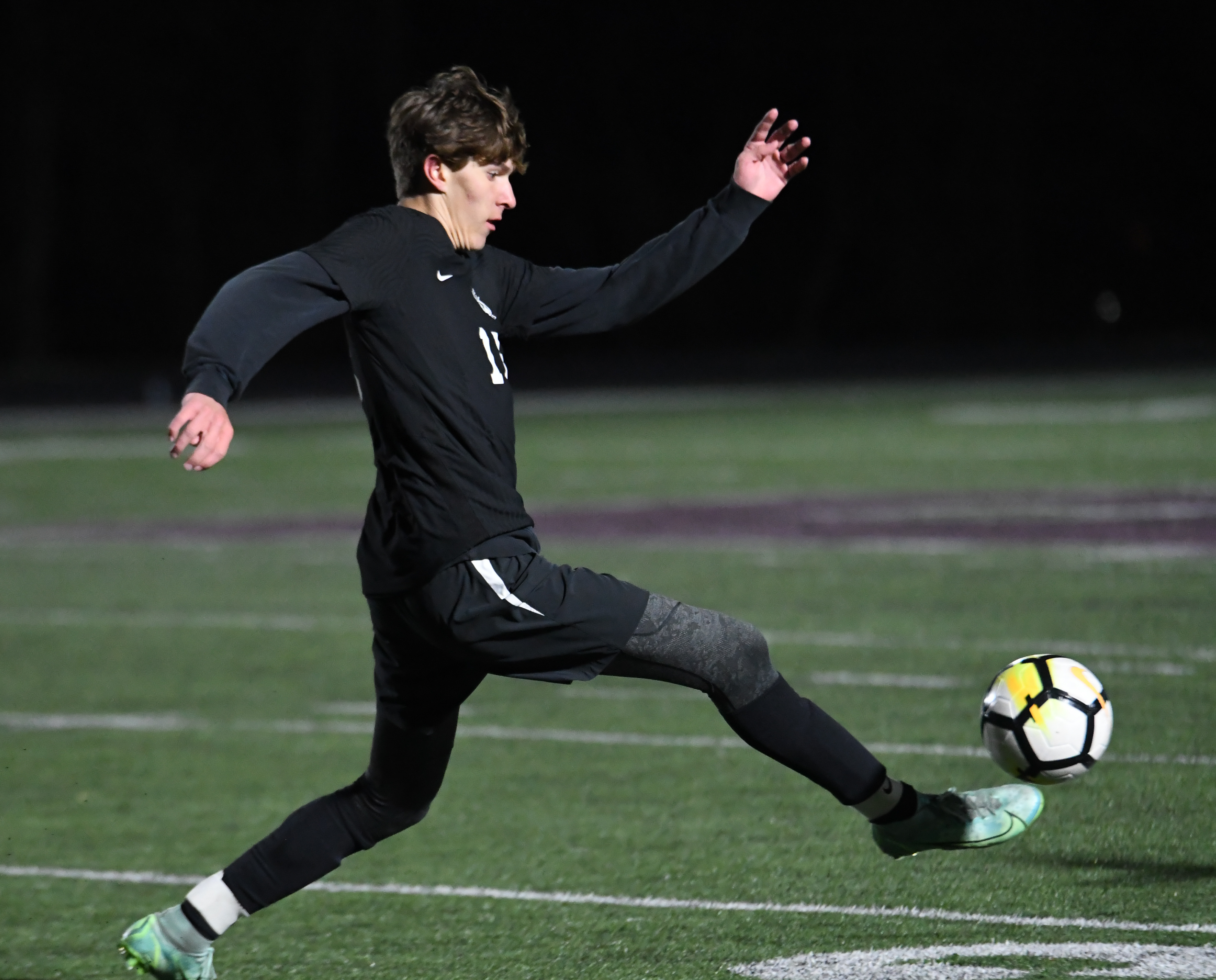 The Greeneville soccer team sparked to life in the second half on Tuesday to beat Unicoi County 4-1.

The Greene Devils scored all four goals in the second half and that started in the  42nd minute when Austin Beets sent a corner kick into the box that Drew Shelton headed home.

In the 50th minute Drew Hillyer sent a pass over the defense that Shelton volleyed in for a 2-0 lead, and in the 51st minute Hillyer set up Blake Rogers to make it 3-0.

Beets completed Greeneville’s scoring in the 6-th minute with a bicycle kick.

The defense of Hillyer, Cooper Shepard, Landyn White, Park Mitchel and Cooper Graham  in front of Aiden Creech in goal held the Blue Devils to just four shot on Tuesday.

At a track meet at Morristown West on Tuesday West Greene’s Bryson Church set a school record in the pole vault with a launch of 12’6” which was good for a second place finish.

Teammates Quintan Gregory and Drew Morrison were third and fourth in the event respectively.

In the triple jump the Buffaloes also got a two, three and four finish from Nick Moorman, Braxton Jarnagin and Church.

In the long jump Moorman placed third. In the 200 meters Jarnagin was sixth, Church was 10th in the 110 meter hurdles, and in the 300 meter hurdles Morrison was eighth.

On the girls side Macy Hinkle was the high jump with a leap of 4’10”. Hinkle was third in the triple jump and Megan Atchison was fourth.

In the 100 meter hurdles Miranda Ballinger was third, and in the 3,200 meters Hannah Brooks was seventh.

The South Greene track team went to Jefferson County on Tuesday and came away with a first-place finish among 10 teams.

Hunter Burkey had the biggest day for the Rebels, breaking three school records. He won the 110 meter hurdles in a time of 16.53 seconds. He was first in the high jump at 6’2” and third in 300 meter hurdles with a time of 44.85 seconds.

Burkey was also on the 4X100 relay team that placed first and set a school record of 45.71 along with Isiah Olson, Dion Blair and Keshawn Engram.

In the 3,200 meters Jori Ray was third and Simon Ray was sixth.

Blair was fifth in the 300 meter hurdles, and Ingram was fourth in the high jump.

In the pole vault, Ronan Buss was second, Blake May third, and Matthew Mancil fifth.

On the girls side Aydan Dyer won the pole vault at 8’6”.

Natalie Friese was second in the long jump and the 300 meter hurdles.

In the 200 meters Abbey Hoxie finished in sixth place.

In the high jump Mackenzie Niston was eighth and Ava Clark was ninth.

In the triple jump Dyer was sixth and Claudia Lastra was ninth.

In the discus Kylee Cutshaw came in seventh place.

The Lady Devils earned 10 hits in the loss with Laicy Darnell going 2-for-3 with a double. Lydia Darnell and Ansley Collins also had doubles.