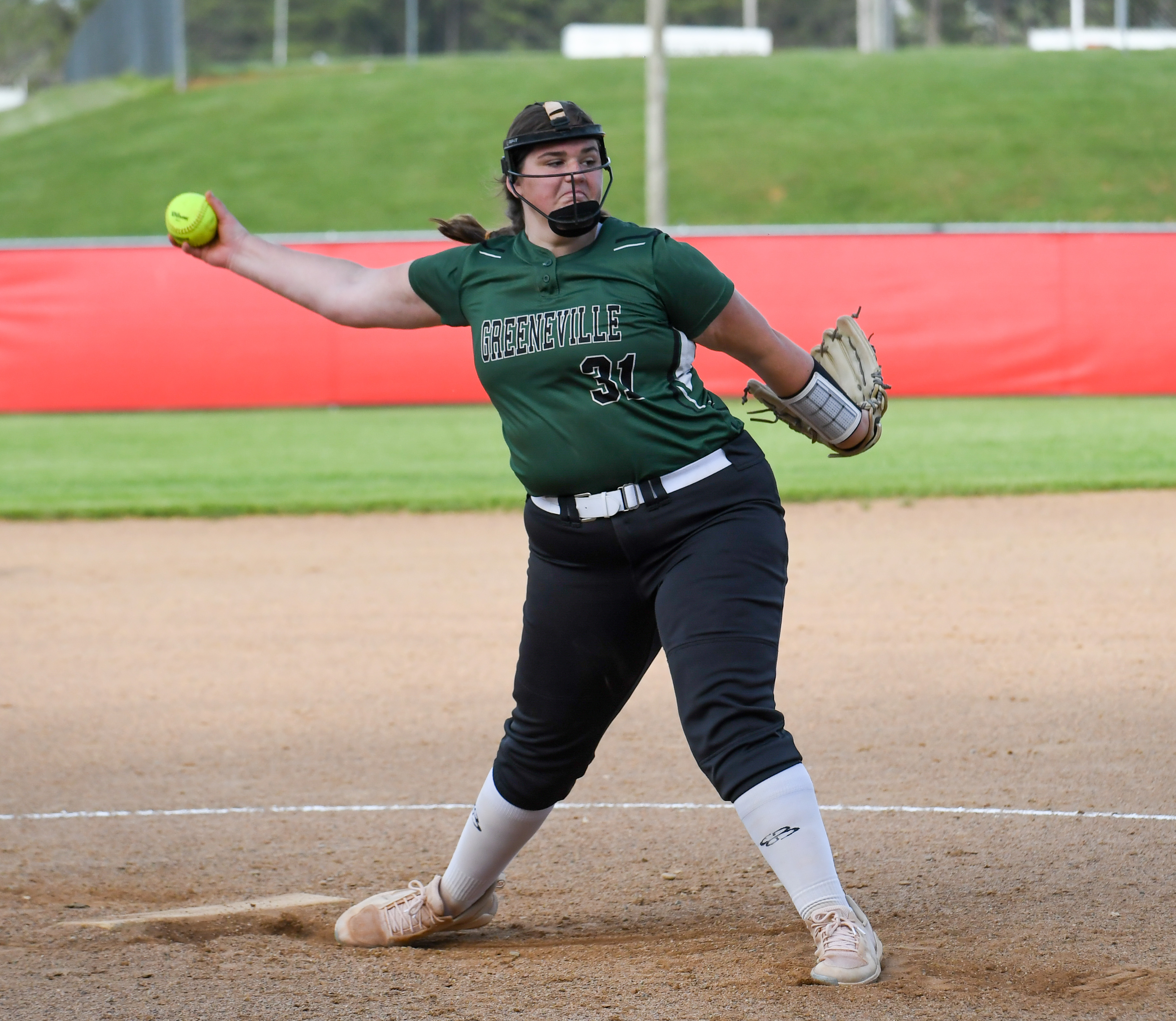 NEWPORT – Greeneville pitcher Leah Phillips could not find her go-to pitch on Wednesday evening , but you certainly could not tell as she kept Cocke County off balance all evening to lead the Lady Devils to a 5-2 win.

The sophomore hurler finished the night with nine strikeouts, one walk and two hits allowed. At one point she retired 13 batters in a row.

“I think Leah showed a lot of maturity,” Greeneville coach Jenna Restivo said. “Leah’s go-to pitch was not working today. So we went with some pitches that we don’t call as much and those were working really well. To see her adjust and let those pitches be her out pitches was really good to see.”

With the win Greeneville completes its District 2-3A slate with a perfect 8-0 record and will be the top seed in the district tournament.

Greeneville started the scoring in the third inning after Ansley Collins laid a bunt down the third base line for a single. Ella Moore then rocketed a line drive down the third-base line. Shayna Williams reached out and put her bare hand on the ball, but that barely slowed down the double that put two runners in scoring position.

Ashlynn Rachon followed by catching the defense off guard with another bunt that score Collins. Laicy Darnell made it 2-0 with a sacrifice fly to left filed.

“I’m always one for bunting, I feel it’s a very important part of the game that I feel is a lost art,” Restivo said. “It helped us generate some runs. It was good to see we were able to hone in on those skills and be aggressive on the bases to help us generate a few more runs.”

In the fifth inning Rachon worked a walk and moved around the base path on singles from Darnell and Lauren Million that stretched the lead to 3-0.

In the bottom of the sixth inning Cocke County put a little pressure on the Lady Devils by closing the gap to 3-2. Shakyra Reed led off the side with a line drive to centerfield. Jailah Ensley then sent a ground ball to left side that Greeneville could not get a handle of.

Adisen McNealey laid down a bunt and the Lady Devils tried to catch Reed in a run down, but she was able to beat the final throw to the plate and put the Lady Red on the board.

Paige Neithammer then sent a groundball to third base. Greeneville got the force out at first and looked as though they caught Ensley at the plate as well, but the umpire deemed that she beat the tag.

Greeneville got both of those runs back in the seventh inning, started by Rachon who reached on a walk. Darnell put her on third with a line drive to left field and Rachon scored when Madison Carpenter hit into a groundout.

Darnell earned the final run when she scored on a passed ball.

“It’s always good to see us be able to answer right away,” Restivo said. “As we get closer to the postseason we have to be able to let things go and react to win close ball games. For them get those two runs back and to put Leah in a more comfortable position, to take the pressure off of the defense, was really good to see.”

Rachon was 1-for-2 with two runs scored.