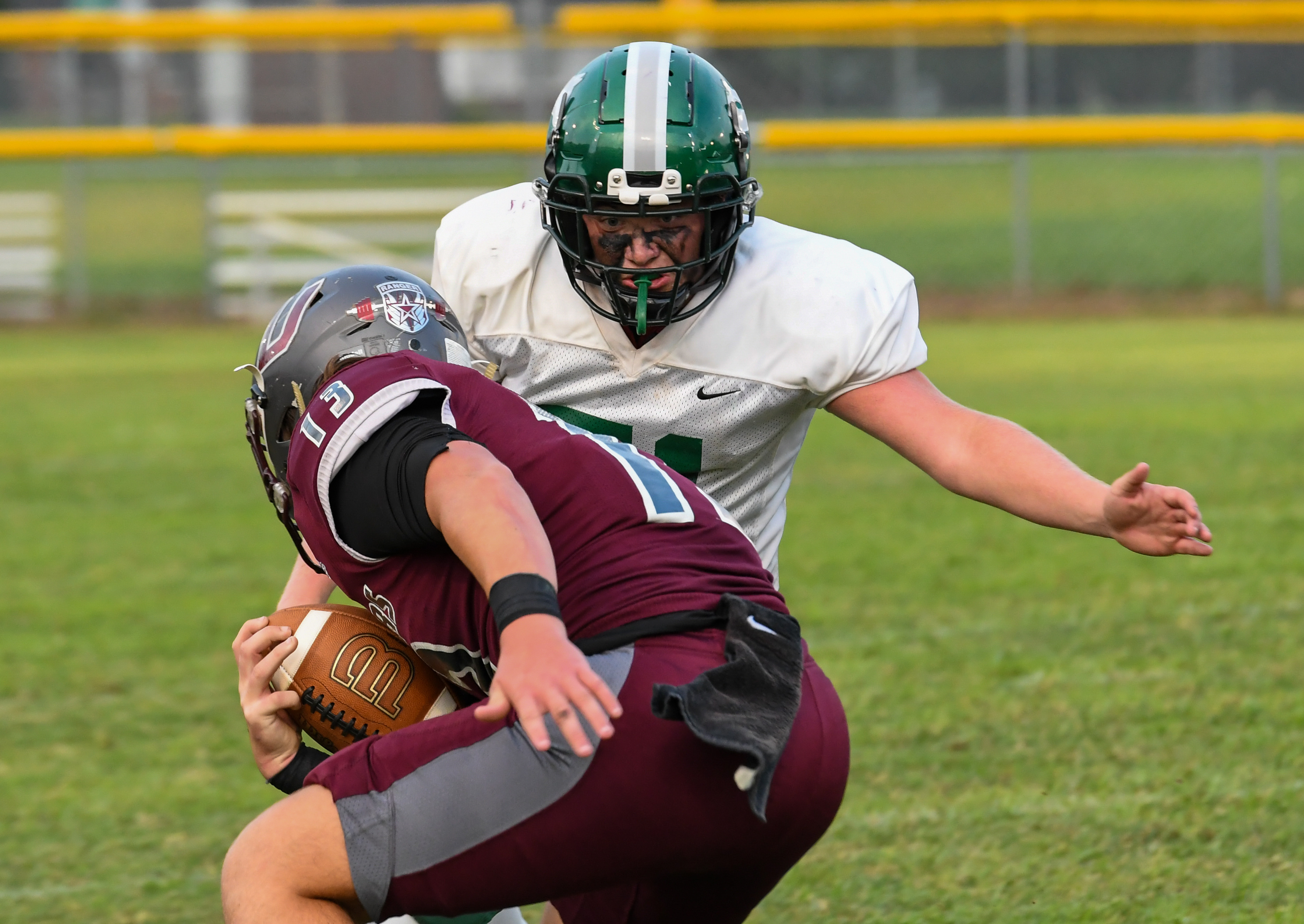 The Huskies dropped their home opener with a 49-20 loss to Castlewood, Va. in week two and head into a short week three with a game on Thursday night against Lakeway Christian Academy.

After a disappointing loss to the Blue Devils, North Greene’s failures in the red zone were a key factor in the final score and something the Huskies will need to take advantage of going forward.

“Well, we were pretty disappointed from that one because we felt we were the better team. We just left too many opportunities on the board,” North Greene Coach Eric Tilson mentioned. “When you’ve got four chances to go down into the red zone and score and you don’t convert, that’s tough.”

The blocking up front will need to improve going forward to allow better protection for their offensive weapons.

“A lot of it has to do with blocking and scheme wise having an understanding of what are we trying to accomplish on this play,” Tilson explained.

Grayson Collins, Yeshua Vaught, and Jake Duffy delivered big plays all night and need to continue carrying the same offensive production into a big week against one of the toughest opponents on their schedule.

The offense will have a tough task ahead of them Thursday night as they’ll stand opposite of a very physical Lakeway Lions team. They’ll have one less day to prepare with Labor Day weekend ahead and will have to adjust to a new schedule during preparation.

“Playing a short week can be tough, we just have to prioritize what’s important for the week. We kind of go on a normal schedule, we just push things back. Our Monday is now Tuesday and Tuesday is now Wednesday,” Coach Tilson said. “And of course, this is a tough week because we’re playing against a school that can recruit. They’re a private school, they’ve got a large roster, they have great facilities, and they have great players.”

Lakeway’s setups on offense and defense certainly will not be an easy puzzle to solve also. The Lions have a bag stocked full of trick plays and odd formations that will have you scratching your head.

“From a defensive perspective, they line up in about 45 different formations and they move offensive linemen everywhere. They’ll line up an offensive tackle at receiver and they’ll have their center by himself with a bunch of tailbacks, they’ll move four offensive linemen all the way out to the numbers at one point. They do have some odd formations,” Tilson explained.

“We had to spend 30-40 minutes yesterday during practice lining up to all these formations and you can’t even show them all so you have to have some base rules about how they’re supposed to line up, you have to count numbers,” Tilson continued.

With enough preparation and enough effort, the Huskies could potentially put the Lions on their heels. They’ll be playing on a familiar turf and with the home crowd at their advantage.

North Greene will step onto The Tundra to battle Lakeway Christian Academy at 7:30 P.M. on Thursday afternoon.