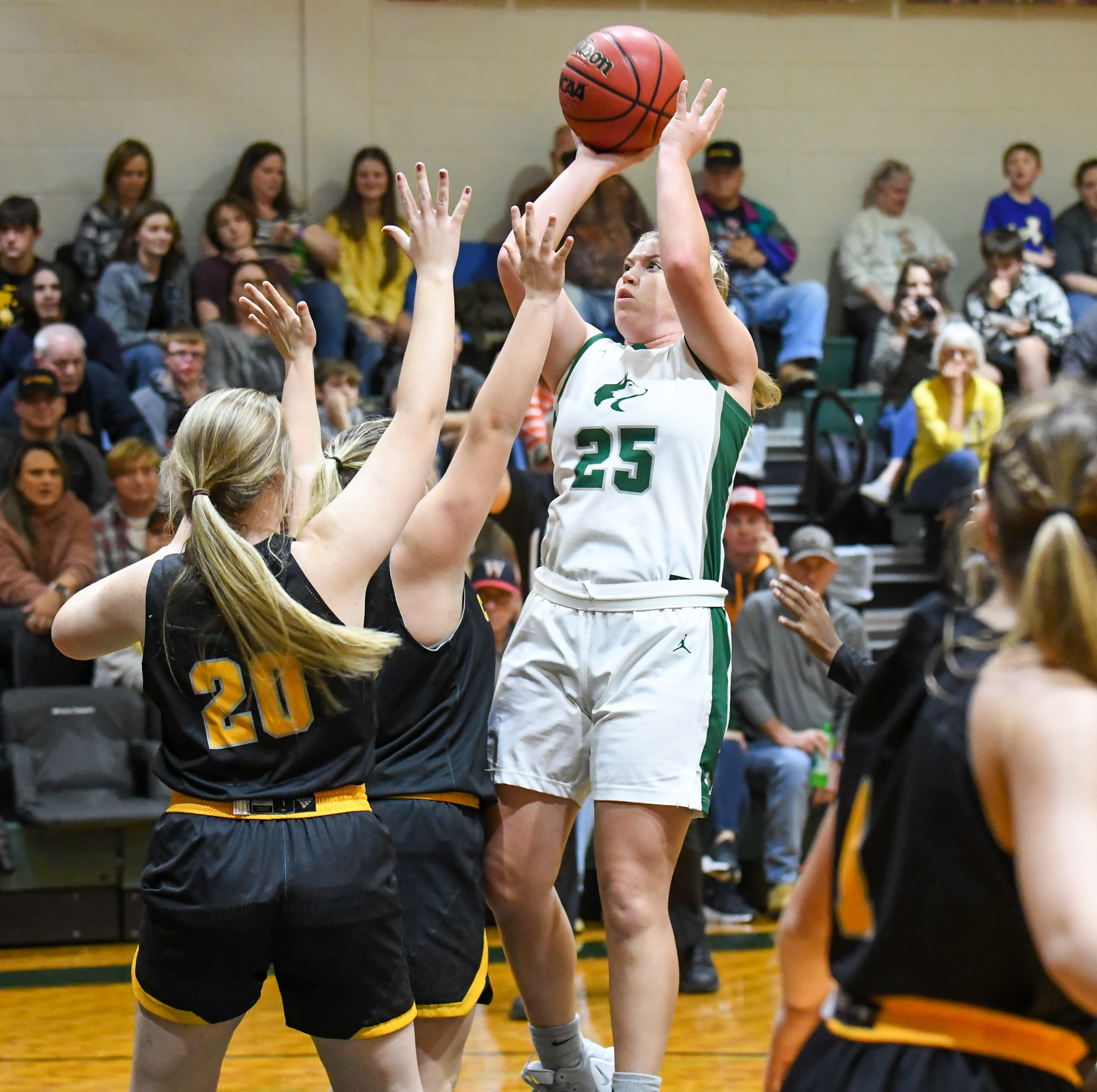 “Defense has been a point of emphasis for us, because I don’t know how many teams we are going to be able to outscore,” North Greene coach James Buchanan said. “We are going to have to get it done with defense, and our goal has been to hold teams to single digit quarters. Holding them two in the first quarter was huge, and I think the kids take pride in that.”

Chuckey-Doak did score first on Saturday with Hayleigh Hensley knocking down a jumper within the first nine seconds, but from there the Lady Knights were done scoring in the first quarter.

Haley Bailey tied the game when she took a high-low feed from Cambell Gaby and Grace Buchanan followed with a three-pointer to put North Greene in front for good.

Bailey scored four more points in the quarter and Sonya Wagner scored three-points the old-fashioned way to finish the period with the Lady Huskies leading 12-2.

Bailey has had to take on a much bigger role in recent weeks with injuries plaguing the Lady Huskies, but she has made the most of the opportunity, going from sixth man to a jack of all trades who is counted on for offense, defense, rebounding and ball handling. She finished the game with 19 points while Wagner led the way with 24 points.

“Haley has become a really good scoring threat for us,” Buchanan said. “She’s athletic and she is strong. She was a non-starter at the beginning of the year, and she has taken this as an opportunity to show that she can be a starter. She has really stepped up offensively and she is becoming better defensively.”

North Greene’s lead reached 17-2 early in the second quarter after Bailey sank a jumper from the top of the key and Wagner hit a triple from the left wing.

Chuckey-Doak finally got going with a jumper from Addyson Ripley and Faith Yokley followed with three points the hard way to close the gap to 17-7.

Wagner banked in a three-pointer to put the Lady Huskies up 20-7 and they went to halftime leading 24-12.

The second half began with North Greene stretching the lead to 30-12. Wagner scored four in the run and Bailey slashed to the rim for a layup.

Saniah Atchison got Chuckey-Doak going by swiping possession at the midcourt stripe and taking it the other wat for an easy two points. Kennedy Brown then sank a pair of free throws before Atchison completed the 5-0 run with another free toss.

Ripley scored four more points for the Lady Black Knights before Wagner beat the buzzer with a triple to put North Greene in front 39-23 going to the final frame.

In the fourth quarter the two teams traded baskets, but Chuckey-Doak was never able to put a dent in the lead. Bailey scored five in the period for North Greene while Buchanan and Ella Head each connected from behind the arc. For Chuckey-Doak Tavyn Southerland scored four points while Yokley and Atchison each hit from deep.