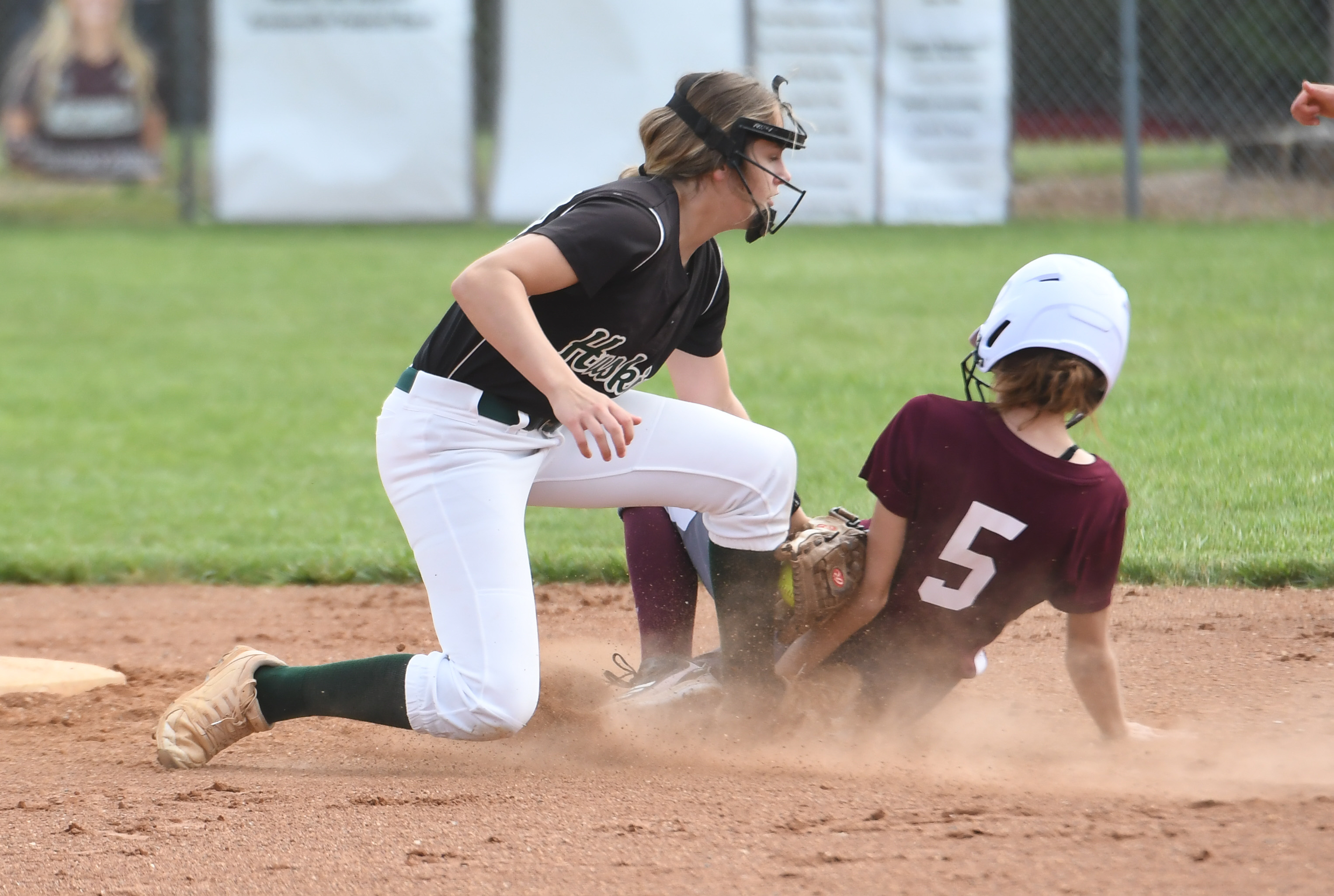 South Greene put the pressure on North Greene on Wednesday afternoon, but the Lady Huskies locked in defensively and left Rebel Hill with a 6-4 win.

“This was a good win for us,” North Greene coach Danny Weems said. “I’m glad we got to play it in this kind of weather instead of what we were originally supposed to play in. South Greene is a good ball team that hits the ball very well. Kuddos to Kylee Jones on being so effective and mixing her speed, and to the defense of the girls that played behind her.”

The Lady Huskies gave up 12 hits but they left seven runners stranded on base and eliminated three more runners from the base path to thwart the Lady Rebels’ comeback attempt.

“We made most of the plays today,” Weems said. “When Kylee is pitching teams have more chances to put the ball in play. We had more chances to field the ball, and today we made the plays we needed to on defense to win.”

In the circle Kylee Jones did a good job of keeping South Greene’s hitters off balance and kept her team in the lead with two strikeouts, no walks and 11 hits allowed in 5 2/3 innings.

Ace Cambell Gaby came in to throw the final 1 1/3 innings with just one hit allowed.

North Greene started the evening by taking a 3-0 lead in the top of the first inning, and all three runs crossed on one swing by Jones.

Anna Weems got things going with two outs when she whizzed a line drive straight up the middle. Haley Bailey then bounced a ground ball off of pitcher Anna Willett, and Gaby loaded the bases with a slow roller to third base.

Jones then sent a high fly ball to rightfield. South Greene’s Kaylee Whitson took the wrong angle of approach and the ball bounced deep into corner to allow all three runners to score and put Jones on third.

“Any time you can get RBIs in a tight game like this they are valuable,” Weems said. “The wind was kind of swirling out there and any ball in the air had chance to be dangerous. It was good to see Kylee get us started with a few runs.”

South Greene scored its first run in the bottom of the opening frame. Whitney Casteel led off by skipping a groundball through the left side. Evie Rader put her on third and Willet scored her on a sacrifice fly to centerfield.

In the second inning Ashley Fulton dropped a single into shallow right field for North Greene. Pinch runner Heidi Harmon moved up on a sacrifice bunt by Paysli Randolph. Harmon then scored when Zoe Sanders sent a ground ball to the right side. First baseman Hannah Penley got to the ball in the gap but could not get back to the base to catch Sanders. Harmon made it all the way home from second on the play and gave North Greene an 4-1 lead.

The Lady Huskies’ lead grew to 6-1 in the third inning. Gaby led off with a double to right field and Jones followed with a walk. Riley Blevins moved them both up on a sacrifice bunt. Fulton hit into a groundout that scored Gaby and then South Greene threw the ball away trying to catch Jones at third which allowed a second run to cross safely.

The Lady Rebels scored again in the bottom of the third. Lexi Miller sent a laser down the left line for a double to get the side started. Rader followed with a line drive into right-center for an RBI single.

South Greene scored two more run in the fourth inning to close the gap to 6-4. Amelia Mullins and Whitson reached on singles to opposite sides of the infield. Pinch hitter Haven Carter scored Mullins on a ground out, and Casteel sent an RBI double deep into left field to score Whitson.

South Greene sent the tying run to the plate in each of the next three innings, but North Greene’s defense held up to preserve the win.

Gaby led North Greene’s bats by going 2-for-3 with a double and two runs scored.