North Greene Gets A Pair Nail-Biting Wins Over Sullivan East 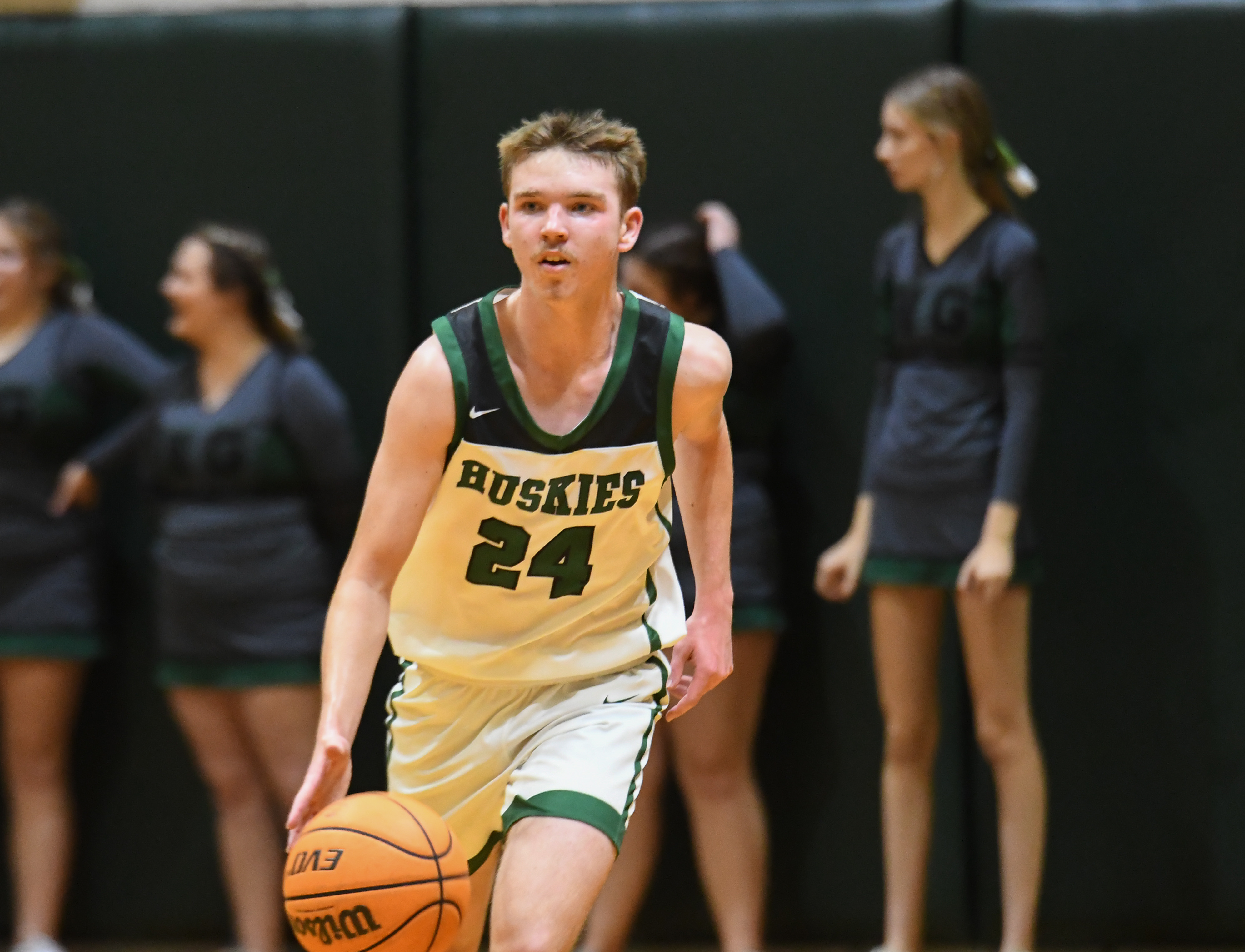 North Greene Gets A Pair Nail-Biting Wins Over Sullivan East

The Lady Huskies started the rousing action by holding off the Patriots for a 52-49 victory.

North Greene started things off building a 13-2 lead in the first quarter behind some stiff defense and some great inside play on both ends of the court by Haley Bailey. The Lady Huskies would lead 13-5 heading into the second quarter.

Olivia Ashbrook opened the second with a three pointer and Kara Hicks knocked down a short jumper to put the Lady Patriots were right back in the game at 13-10. After each team turned the ball over Jenna Hare knotted the score at 13-13 with a deep three. From there it was nip and tuck the rest of the quarter and the Lady Huskies had a slim lead at the half 21-19.

Both teams had big third quarters with the Lady Huskies maintaining a lead throughout most of the quarter. Cambell Gaby sank two free throws followed by a Bailey put back just seconds later for a six-point lead at  29-23 midway through the quarter.

The Lady Patriots put together a run and took their first lead of the game at 36-35 when Asia Cairns sank a floater with 42 seconds remaining in the third. The quarter ended that way but the heroics were just starting.

The fourth quarter started with a three-pointer from the elbow by Sonya Wagner to give the lead back to the Lady Huskies at 38-36. With 2:41 to play Bailey pulled down a rebound and powered it back up and in to break a tie and give the Lady Huskies had a slim two-point lead at 47-45.

Kylie Hurley tied the score again at 47-47 with a short jumper but Wagner scored in transition to give the Lady Huskies the lead at 49-47 with 1:28 to play in regulation.

Neither team was able to score until Wagner cleaned up a Mercy Buchanan missed free throw and was fouled. Wagner made both free throws with 22 seconds on the clock to put North Greene in front 51-47. Cairns hit a runner in the lane to cut the lead to 51-49 with 6.5 seconds to go.

Wagner hit one of two free throws with 5.3 seconds showing on the clock to make the score 52-49. The Lady Patriots were unable to get off a clean shot and the game came to a close with the Lady Huskies pulling off the win.

The Lady Huskies only had six players tonight due to injury and Coach James Buchanan praised all six after the game, “Any shot for her is a good shot (speaking of Wagner) and Haley Bailey did a good job on the boards, offensively she was great. Grace (Buchanan) hit a big three, Cambell hit a big three late. Ella (Head) hit a big three when the game was back and forth. It was a total team effort, I really want to commend Cambell for her defense on that last possession”.

It was ugly Christmas sweater night for the boys team and it was the magic of Jason Britton, again that earned North Greene a 72-70 win over Sullivan East.

At the end of the first quarter the score was tied at 14-14, Fisher had six points and Britton four.

By the start of the second quarter it was on. Both players heated up, matching eachother shot for shot. Fisher hit a three from out front and Britton hit one from deep in the corner. Moments later the two did it again matching each other three pointer for three pointer, both looking like the best players in East Tennessee.

North Greene's Luca May got into the scoring column with a three of his own and the Huskies had a 28-23 lead. Then Britton had back to back steals that led to back to back soft lay ins, but more importantly a 32-23 lead at the 3:09 mark.

After a timeout Fisher scored on the next four out of five trips down the court over the next three minutes. Fisher had 23 points at the half, but again more importantly gave his team the lead at the half at 36-32.

The third quarter was again back and forth until the Patriots went on an 8-0 run. Britton hit a floater in the lane to stop the bleeding but the Huskies were down 46-39.

Bennett McLain knocked down a triple and Britton stole the ball at half court and went untouched for a crowd pleasing dunk to close the gap to 46-43 at the 3:46 mark. Fisher would answer with a layup then it was Britton with a layup. At the 2:03 point of the third quarter Dennis Malone hit a three from the corner and the lead was down to 50-48.

Corbin Lasiure powered up a shot from in front of the rim to make the lead 52-48. Britton popped a three from out front but Tyler Cross answered with a three at the end of the third quarter for a 55-51 Patriot lead heading into the final quarter.

Throughout the fourth quarter the Huskies trailed between four and six points, until Malone hit a shot from in front and a three from the corner to make the score 69-68 with 1:33 showing on the clock.

Masun Tate hit one of two free throws to make the 70-68 at the 1:10 mark. The Huskies worked the offense to perfection with Britton tying the score at 70-70 with a soft touch jumper in the lane.

The Patroits were in no hurry and looked to be holding for the final shot until the Huskies turned up the heat on defense forcing a turnover with 20 seconds left. C

oach Sam Tarlton called for a timeout with 14 seconds to set up a final shot to win it in regulation. That final shot was set up for none other than Britton, and he didn’t miss. Britton let a 12 foot jumper in the lane fly and it hit nothing but net to give the Huskies a 72-70 lead with 2.5 seconds on the clock.

The Patriots inbound pass was tipped and the desperation shot was off the mark as time expired and the Huskies had prevailed.

Britton said after the game, “I messed it up, I thought it was a different play, but I just got the ball and made the shot. It worked out ok”.

This was the fifth game winning shot the junior has made in his career, Britton finished with a game high 32 points while Fisher finished with 27, as for the best player in East Tennessee, you can’t have that conversation without the name Britton or Fisher, but on Friday in Baileyton…. it was Britton.