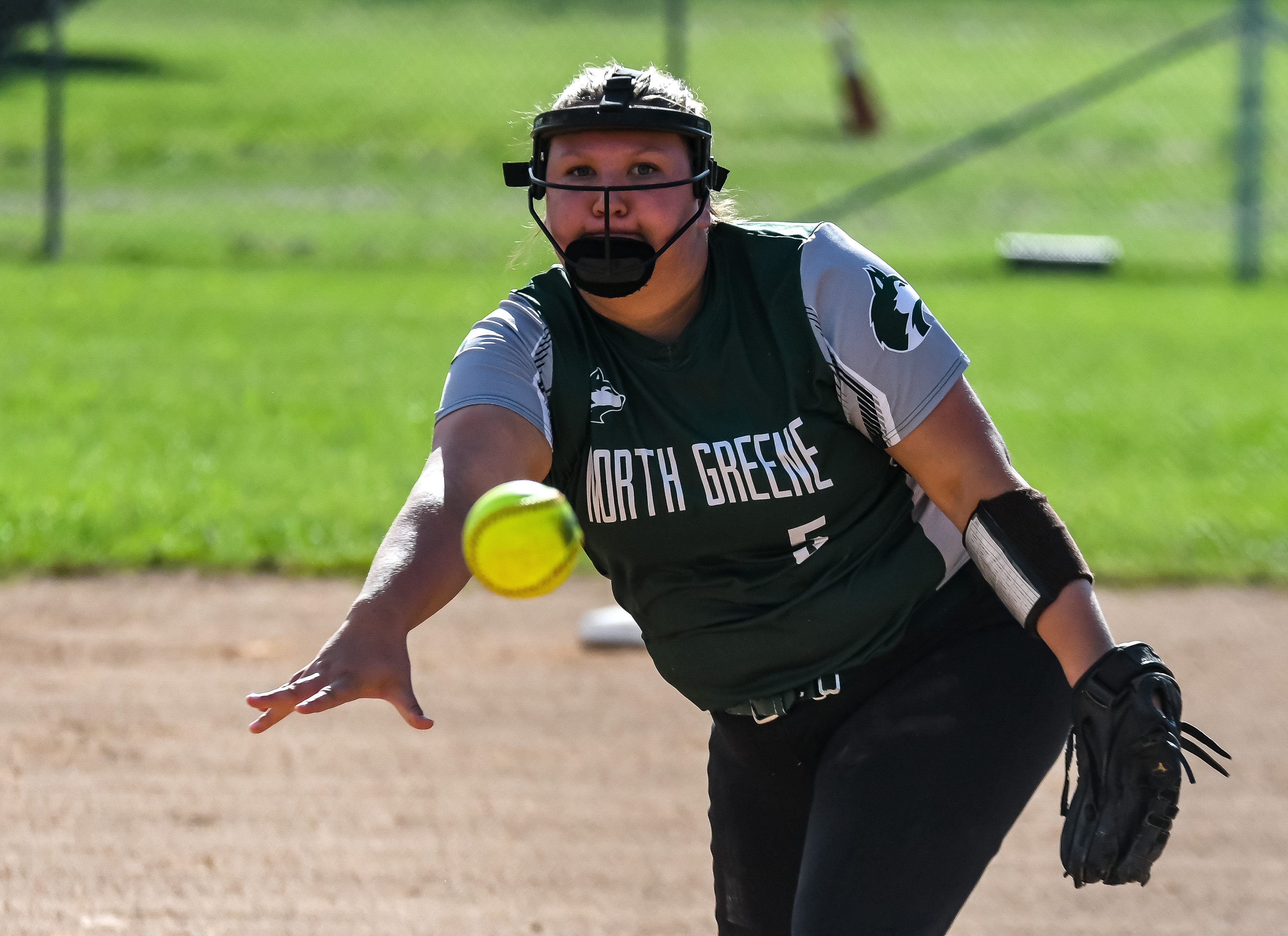 ELIZABETHTON - In a title fight, North Greene was unable to answer a big Unaka inning.

The Lady Huskies dropped a 9-0 decision to Unaka in the District 1-1A Championship game at Happy Valley High School on Thursday evening.

North Greene will travel to Cosby to open Region 1-1A play on Monday. Unaka will be at home against District 2-1A runner up Washburn.

Cambell Gaby was 2-for-3 to lead North Greene at the plate, while Zoe Sanders, Kessie Antonelli, and Haley Bailey each had a hit.

The Lady Huskies opened the game in a big way as Sanders hit a triple to left field on the game's first pitch. However, Unaka's Alana Parsons made a great play on a Antonelli line drive and was able to beat Sanders back to base for the double play. Gaby hit a two-out single, but North Greene was unable to drive a run across the plate.

Unaka went quietly in the home side of the first as the teams went to the second inning scoreless.

After retiring the Lady Huskies in order to open the second, Unaka won some lengthy at bats and timely hits to take a 5-0 lead in the bottom of the frame.

North Greene saw Bailey reach base in the fourth with a two-out single, but the Lady Huskies were unable to move the runner.

North Greene, however, wasn't going down without a fight.

With two outs on the board in the top of the sixth, Antonelli and Gaby got on base with a single each while Bailey reached on an error to load the bases, but the Lady Huskies came up empty in the frame as well as the seventh.

Lyndie Ramsey, Alana Parsons, and Kylie Blevins each had two hits for Unaka.

Riley Blevins, Anna Weems and Gaby were named to the All-Tournament team.