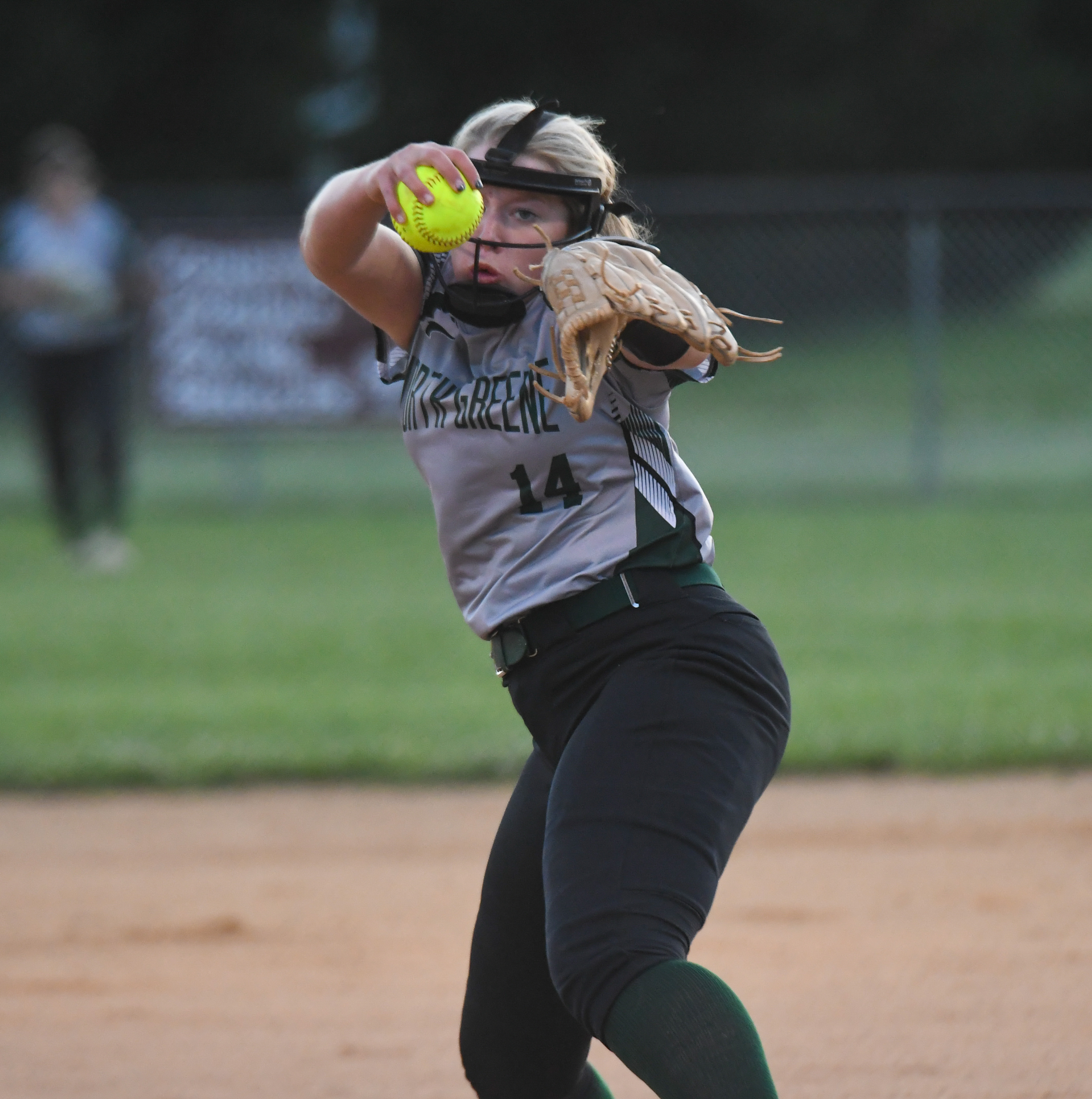 ELIZABETHTON – The North Greene softball team put pressure on Unaka the whole way, but could not find enough hits to get past the Lady Rangers in a 2-1 loss on Tuesday in the District 1-1A Tournament at Happy Valley.

“It was a good game with two good teams going at it,” North Greene coach Danny Weems said. “Both teams really wanted to win, but we came out on the short end. They pushed across a couple of runs, and we couldn’t score enough to get ahead.”

The Lady Huskies got a three-hit effort from Cambell Gaby on the rubber while she struck out four and walked one on Tuesday in a pitchers’ duel with Unaka’s Trinity Bowers.

“Cambell was really good,” Weems said. “I feel like we have pretty good scout on them, and we know how to pitch them. She was pitching really well to our scout, and had really good control. She’s a competitor and she wants the ball in these situations.”

North Greene will now play to keep its season going on Wednesday as it takes on Cloudland at 5:30. With a win the Lady Huskies will earn a rematch with Unaka on Thursday, but they will also clinch a berth in the Region 1-1A Tournament.

“The reality is that you have to win two games in this tournament,” Weems said. “It doesn’t matter which two. Now tomorrow our backs are against the wall and a pretty good team is going to see its season come to an end.”

North Greene took the lead in the second inning on Tuesday. Anna Weems led off the side by slamming a double deep into centerfield. Riley Blevins followed with a ground ball to the shortstop that was thrown out of play which allowed Weems to cross the dish freely.

Blevins made it to third but was thrown out diving back to the bag after Kylee Jones dropped a single into right field. Heidi Harmon reached base on a bunt single but was tagged going to third to end the inning.

Unaka broke up what had been a perfect game by Gaby in the fourth inning when Lyndie Ramsey put a double into left field.

Sadie Shoun moved her to third with a bunt that the Lady Huskies could not handle. Trinity Bowers scored both runners when she swatted a groundball through the right side of the infield.

Gaby held the Lady Rangers to just one hit the rest of way but North Greene’s offense never challenged the lead, only putting one runner on the base path over the final three innings.

Bowers earned the win for Unaka. In seven innings she gave up five hits, with six strikeouts and no walks.