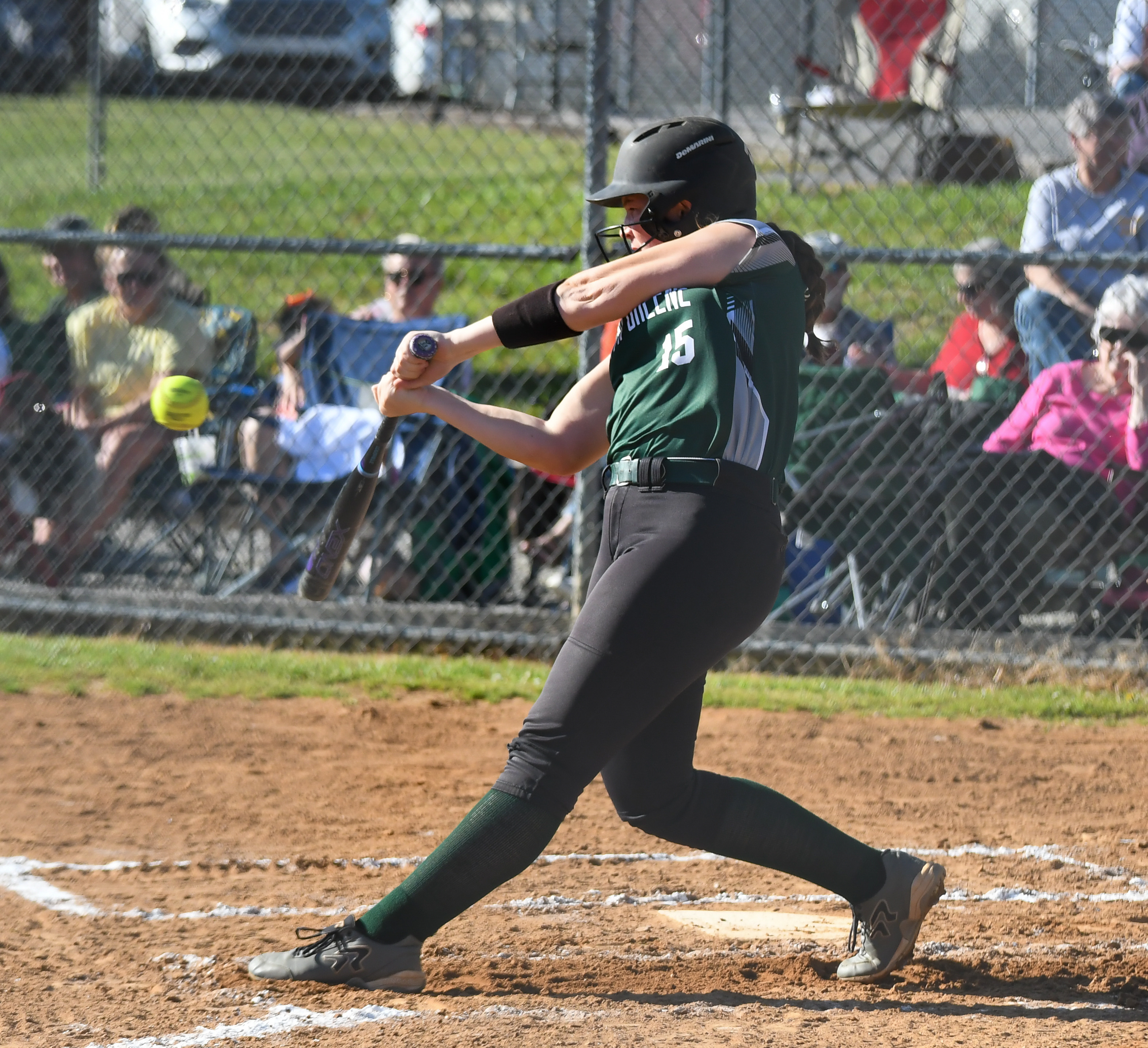 The North Greene softball team had opportunities to get Past Unaka on Thursday afternoon, but it just could not get the right balls to fall as they took a 4-3 loss to the Lady Rangers.

“This was a couple of pretty good Single A teams going at it,” North Greene coach Danny Weems said. “Unaka is a good squad, we knew that. I think we have a good team as well. Tonight played in their favor, but we’ll see them again in the season and I’m sure a few more times as well.”

The loss is North Greene’s first in District 1-1A play and puts the Lady Huskies one-game back of Unaka in the league standings. That makes North Greene’s meeting with Cloudland on Friday even more important as North Greene tries to stay within striking distance of the top spot in the conference.

“Tomorrow is a big game with Cloudland, they are a good team too,” Weems said. “We thought this would be a three-team race for the conference championship. We just have to come back tomorrow with a new focus. It’s a new day. I don’t want to put too much stock into one game in the regular season, we still have plenty of opportunities ahead of us in the future.”

The Lady Rangers started the scoring in the top of the first inning. Sadie Shoun reached base on a bunt and scored when Kendall Bare smashed a double into the right-center gap with two outs.

North Greene answered with two runs with two outs in the bottom of first frame. Anna Weems got things going with a line drive to right field. She went to second when Haley Bailey hit into a fielder’s choice and evened the score when Cambell Gaby put a line drive into right field.

Bailey scored from third when Kylee Jones hit the ball to the shortstop. The throw to first was off target and down the line and Jones collided with the fielder. Initially she was called out, but a tag was not applied and the call was reversed allowing the run to score for a 2-1 lead.

North Greene went in front 3-1 in the third inning. Bailey started things with a double deep into left-center gap and scored when Jones hit into a groundout at shortstop.

Unaka went in front again in the fourth inning.  The scoring started when Kylie Blevins put a two-out tiple into the fence in left-centerfield for an RBI.

Mattie Salyer then reached base and scored Blevins with a comebacker to Gaby on the rubber.

Shoun put a line drive into left field that sent Salyer home and gave Unaka the lead at 4-3.

North Greene looked to have the equalizer in the bottom of the inning when Kessie Antonelli hammered a line drive into right field, but Lyndie Ramsey made a leaping catch to keep Zoe Sanders from scoring.

In the fifth inning two tough catches in centerfield by Blevins kept North Greene off of the base path. Then in the sixth inning Sanders lofted what looked like a sure run-scoring hit nearly to the fence in right field, but again Ramsey was able to get under it.

“They have some good athletes in the outfield,” Weems said. “The girl in right field caught three that would have been base hits against most teams. Kessie had two really good swings, that she just made plays on. Then Zoe hit one that I thought would be over her head, but she got to it and prevented a couple of runs.”

In the bottom of the seventh Antonelli and Weems reached base on a pair of groundball singles to put the tying run in scoring position with no outs. Unaka was then able to get out of the danger by forcing a pair of ground outs and a fly out to left field.

As a team North Greene earned eight hits on Thursday with Antonelli and Weems each going 2-for-4. Bailey had a double and scored two runs.

On the rubber Gaby went all seven innings with six strikeouts, no walks and 11 hits allowed.