No Walks, No Hits, No Errors: Gaby Tosses Perfect Game In North Greene's 4-0 Win Over Chuckey-Doak 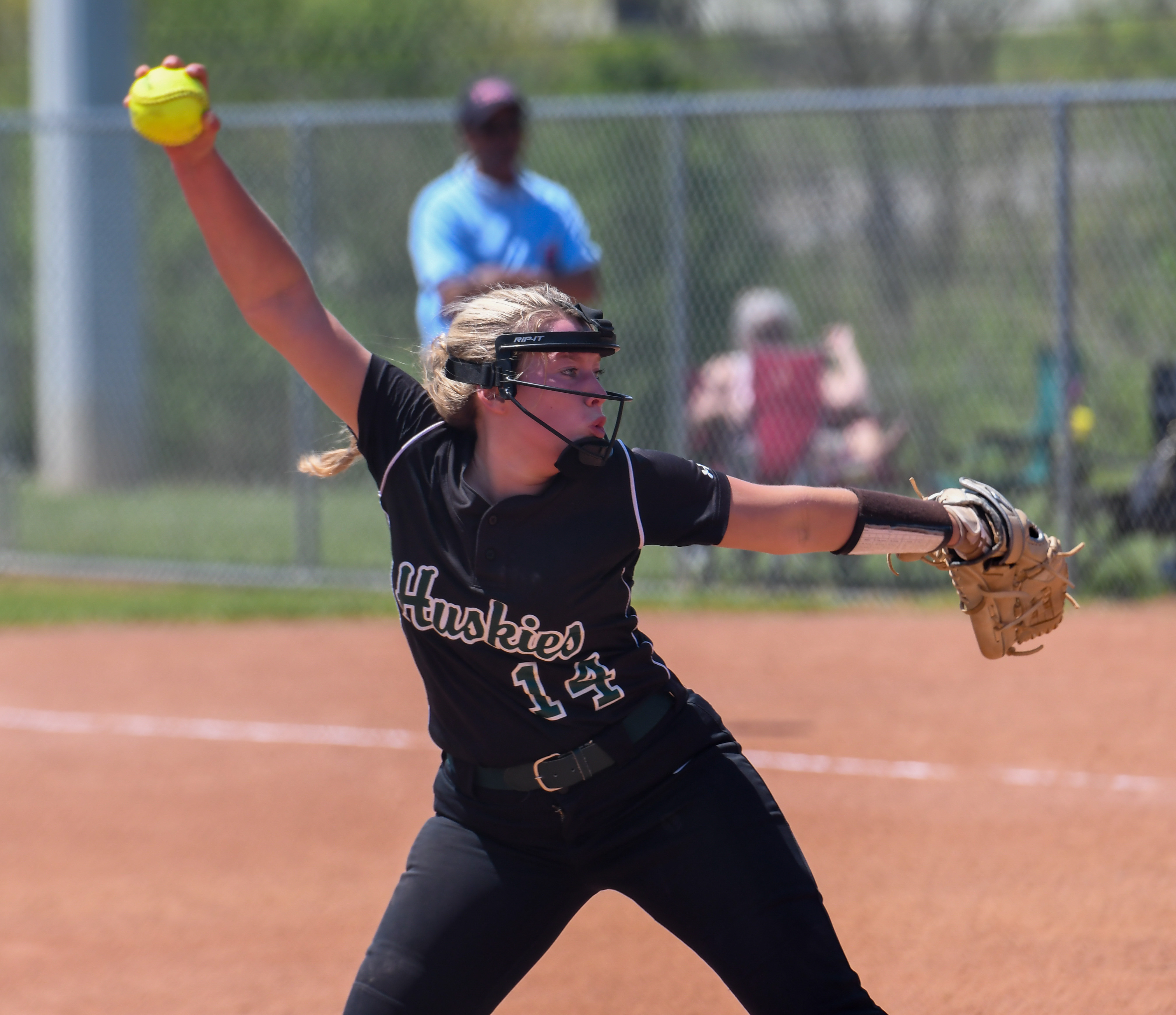 No Walks, No Hits, No Errors: Gaby Tosses Perfect Game In North Greene's 4-0 Win Over Chuckey-Doak

North Greene's Cambell Gaby was dominant from the very first pitch she threw on her way to a perfect game in a 4-0 win on the road against Chuckey-Doak.

Gaby struck out 15 of the 21 batters she faced with no walks, no hits and no errors as a part of her perfect outing.

“She pitched a really good game. She was in control kind of the whole game,” Lady Huskies Coach Danny Weems mentioned. “Really located the ball well and pitched effectively outside today. Probably more than usual she pitched on the outside of the plate.”

Zoe Sanders would take the first pitch of the game dead center and off the wall for a stand-up double to lead off for North Greene.

Hayleigh Taylor wouldn’t let that first pitch phase her and would get into a rhythm striking out Gaby and Anna Weems for the first two outs. Haley Bailey would ground out to Bre Roberts at shortstop for the third out.

Gaby exited the first inning with Saniah Atchison going down on strikes as her first strikeout of the contest.

The pitchers' dual continued into the bottom half of the second inning with Gaby striking out Sydney Shipley and Maura Phillips for another pair of Ks.

Sanders continued swinging the bat with a purpose and sent a high fly ball into deep right field that eluded the defender’s glove and bounced against the fence. Sanders would instantly realize the opportunity that was at hand and sprinted all the way around the diamond with enough time to step on home plate for an inside-the-park home run.

Coach Weems stated, “Zoe led off the game with a double that may have hit the wall and we were unable to push her across in the first inning. Felt like we missed an opportunity there but then she had the opportunity to circle the bases and score a run for us.“

Haley Bailey would threaten to score again with a base hit through the infield and advance all the way to third, but a strikeout of Kessie Antonelli would end her chances of scoring with North Greene taking a 1-0 lead heading to the bottom half.

Neither Taylor or Gaby would allow a hit in the fourth inning as the the Lady Huskies' lead sat at 1-0.

Weems was able to get on first base and set North Greene up with their second scoring opportunity of the afternoon in the top of the fifth. Loren Blevins was subbed in as a courtesy runner for Weems and did exactly what was needed of her on the field.

Bailey smacked an RBI-double into right field and sent Blevins sprinting home from first base to score North Greene’s second run of the afternoon.

Gaby began the next frame by sitting Bre Roberts down on strikes. Maura Phillips would attempt to make something happen with a hard-hit ground ball that almost escaped the infield. Kylee Jones made a great diving stop at second base to get the out and keep Gaby’s perfect game going with a 2-0 lead after five innings.

“Kylee Jones made a couple of really good plays there at second base,” Coach Weems said. “Anytime you have a no-hitter or perfect game, somebody’s gonna make a good play and we actually had a really good play by Kylee Jones on the ground ball in the fifth inning.”

Chuckey-Doak’s  Taylor would exit out of the game after being hit on the hand by a pitch. Makayla Ramsey would finish the game in the circle for the Lady Black Knights.

Antonelli got a shallow pop-up to drop through the defense and climbed aboard first base with a single. Blevins would come back in as a runner and would advance to the corner. The Lady Huskies wouldn’t get a chance to add to their lead after Makayla Ramsey would sit Paysli Randolph down with a strikeout to end the inning.

Zoe Sanders brushed off a pitch that hit her on the leg and stole two bases to continue wreaking havoc on the base paths. Gaby drew a walk and jogged to second on a passed ball to put two runners in scoring position with no outs.

Anna Weems allowed Sanders to come home and score with a slow grounder to Phillips at second base. A passed ball one pitch later gave Gaby the time to step on the plate and extend their lead to 4-0 in the seventh inning.

Cambell Gaby would finish off the perfect outing with two strikeouts of Rileigh Ritchea and Makayla Ramsey. She’d reach the 15 strikeout mark to fuel North Greene to a 4-0 win over Chuckey-Doak.

The Lady Huskies enter into a tough two-game stretch with Greeneville and Unaka up next.

North Greene will travel on the road to take on Greeneville Tuesday afternoon and make the trip to see conference rival Unaka Thursday.