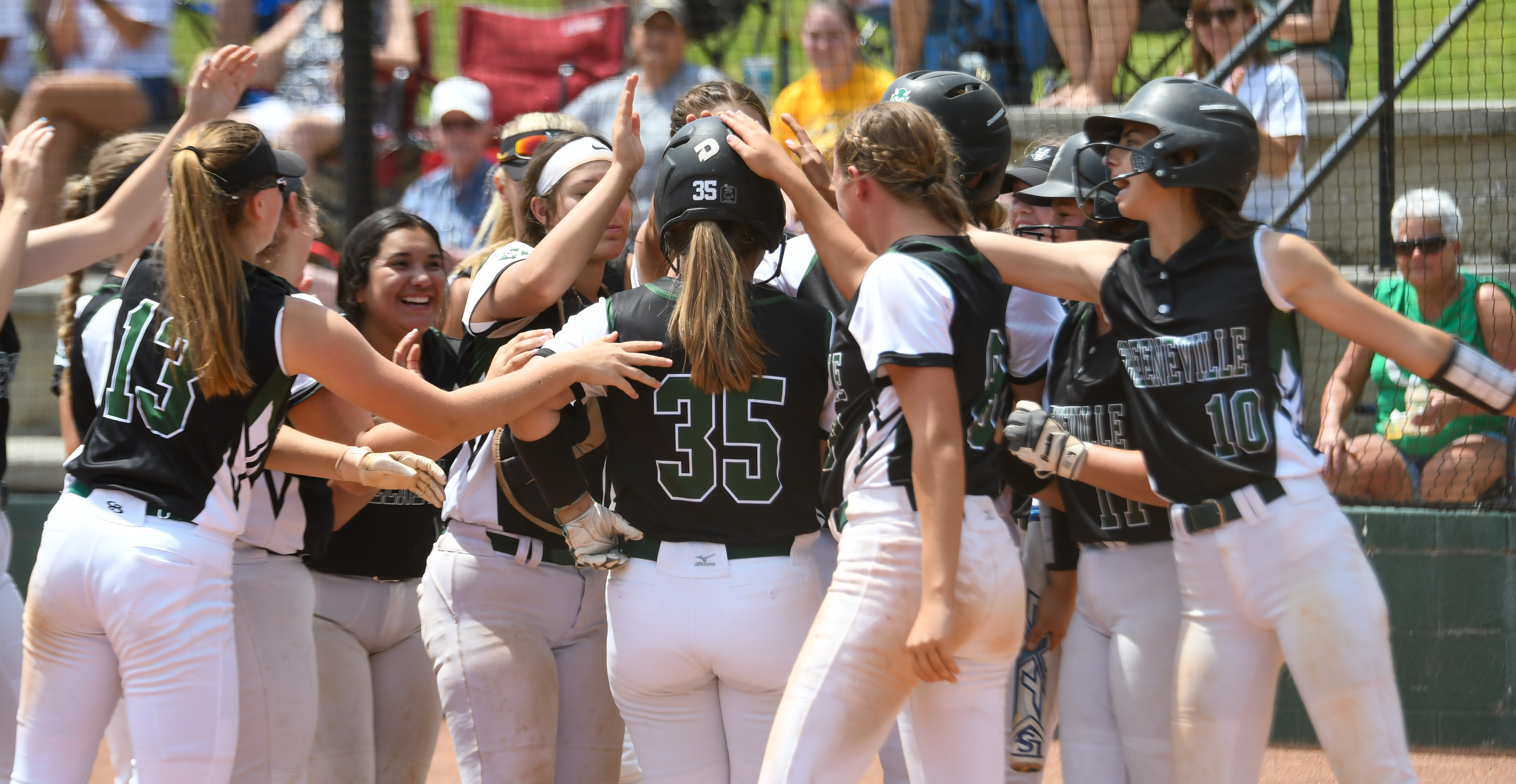 Two days after being pushed to the limit against South Greene in a 5-4 win the Greeneville softball team found a new energy on Saturday and took down that same Lady Rebels squad 12-0.

“Today we came out a lot better, we had more energy and we played our game of softball,” Greeneville coach Jenna Restivo said. “Our defense played the way we needed it to. It was good to see the offense get the lead early and take some of the pressure off of Leah (Phillips) in the circle.”

The Lady Devils produced offense throughout the lineup with seven players earning a hit and eight players reaching base safely.

“We need one through nine to come in every single day and be productive,” Restivo said. “Whether they are getting a hit or not we need girls finding their way on base. Quality at bats are always important coming into postseason time, because we are getting ready to see more close game.”

Ella Moore led the attack for Greeneville, going 2-for-3 with a home run and five RBIs. Ansley Collins was 3-for-4 with a double and two runs scored. Ashlyn Rachon and Kyla Jobe each had two hits as well.

After Phillips sat South Greene down in order in the top of the first inning Greeneville got going with three runs in the bottom of the frame.

Collins earned the first hit of the day when she slapped a line drive into centerfield that moved Kaley Bradley to third base. Lydia Darnel then landed a pop up safely into shallow right field to score the first run of the day.

Collins and Darnell both went on to score on passed balls to give Greeneville a 3-0 lead.

In the second inning Allison Penley and Katie Willett used a pair of singles to give South Greene its only runner in scoring position all day. That threat was taken care of with a routine 1-4-6-5-2-6-3 double play that caught Penley in a run down going for home.

Greeneville’s defense, led by Phillips in the circle, was tough all day and only allowed three base runners. In four innings of work Phillips struck out five, walked none and gave up three hits.

“Leah did a really good job today,” Restivo said. “She hit her spots a lot better than on Thursday. She kept their hitters off balance and that was good to see from her today.”

In the bottom of the second inning Greeneville’s lead grew to 8-0. Jobe led off the side by laying down a bunt single. Bradley reached on an error and Collins loaded the bases with another bunt single.

Lydia Darnell hit into an error on the right side that scored Jobe, and Moore landed a line drive in left field that went for an RBI single. The Lady Rebels’ throw intended to catch Collins at third went took a bad bounce off of the runner’s foot which allowed another run to score.

Moore came up with the biggest swat of the afternoon in the third inning. With two runners on base she pounded a ball over the left-field fence for three-run home run that gave Greeneville an 11-0 lead.

In the fourth inning Collins ended the game by run rule when she sent a double into deep right field that scored Jobe from second base.

In the circle Miller struck out two, walked four and gave up 12 hits.