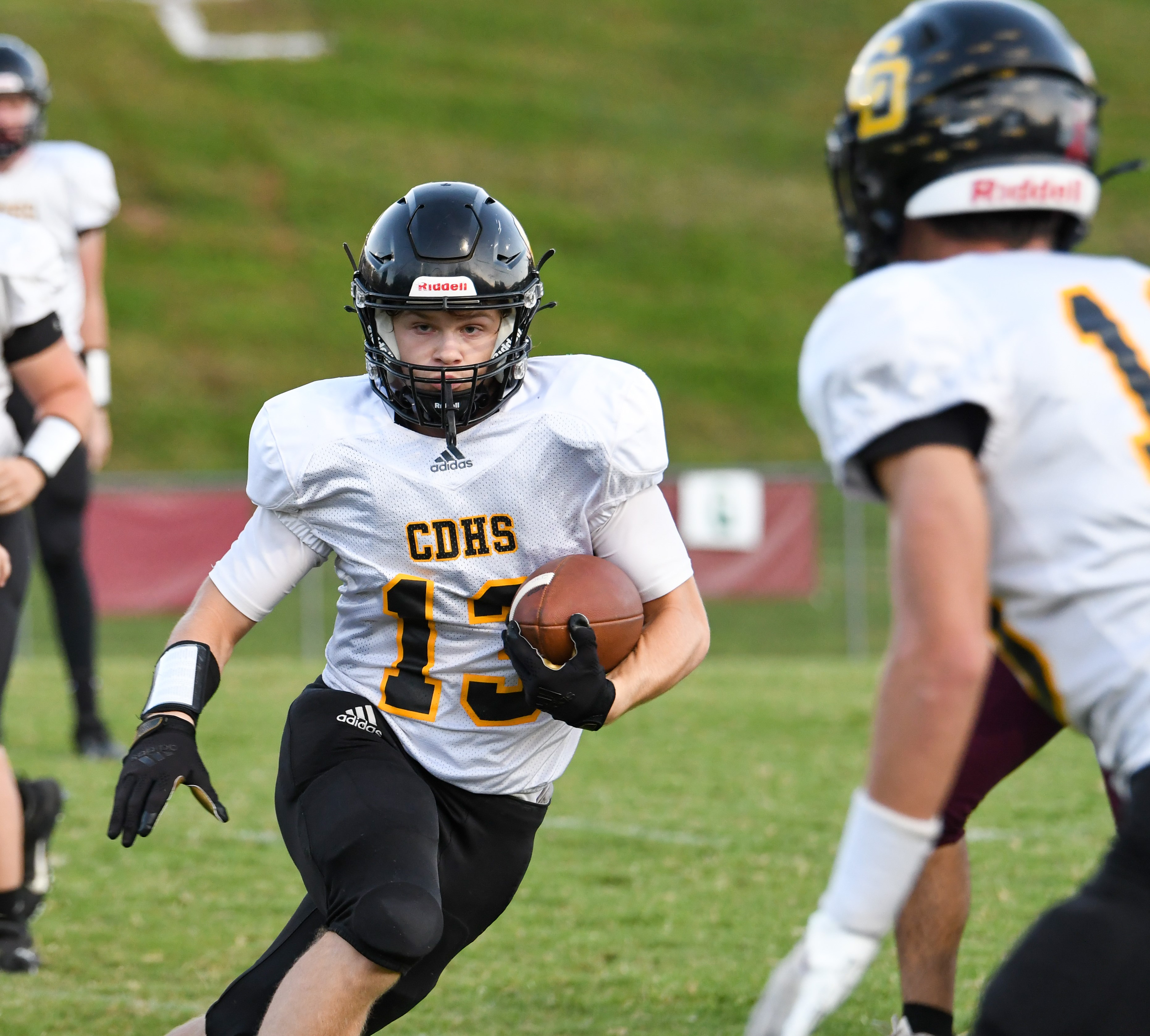 RUTLEDGE – Chuckey Doak scored 14 points in each of the four quarters Friday night and that propelled them to a 56-30 non-conference win over the Grainger Grizzlies.

Brasen Murvin ran wild on the Grizzlies as he picked up 246 yards on 26 carries and found the end zone six total times- five on the ground, one through the air for the Black Knights.

“He did a heck of a job tonight, seeing the holes and seeing the lanes,” Chuckey-Doak head coach Dallas Kuykendall said of Murvin’s performance. “He just ran tough tonight and it’s hard to stop him when he’s running like that. Credit to the guys up front who did a great job and worked really hard. We challenged them that we had to win up front this week and they took that to heart and accepted that challenge.”

“Cadin is just calm, cool and collected," Kuykendall said of his senior. “He gets us in the right place and makes sure everything is staying on course and that speaks to his leadership as a senior. He does his job. We didn’t have to throw it a lot tonight because the run game was working but you didn’t hear him complain. Cadin was still checking us into the right runs and doing the little things he needed to do to be a leader and that was good to see.”

The Black Knights started the scoring with a 19-yard throw and catch to Josh Guy. After Tucker Gillette scored on a hard 40-yard run for the Grizzlies and a successful two-point conversion by quarterback Bryson Bennett, Isaiah Treadway took the kickoff back 80 yards for a touchdown to put Chuckey Doak back on top.

Dylan Fowler ran in from 26 yards out for the Grizzlies with Gillette was good on the two-pointer but once again, the Black Knights answered as Murvin hauled in a 39-yard catch from Tullock for the score.

Murvin added another touchdown with just over five minutes left in the first half, this time from 25 yards away, but Grainger cut the lead to 28-24 at the half when Bennett darted a pass into the end zone to Brody Wells. Fowler was good on the conversion.

In the third quarter, the Black Knights fed the ball to Murvin steadily and he delivered as he scored twice on runs of six yards both times. Gillette made it a 42-30 game and then the Grizzlies recovered the onside kick.

It appeared the Grizzlies were headed toward the end of the field for a score but Brock Rush recovered a fumble on a completed pass by the Grizzlies and ran back to the 49 to end the threat. Murvin was off to the races for a 51-yard score on the next play. He added one more score on the night to produce the 56-30 final. Freshman kicker William Johnson was good on all his extra points.