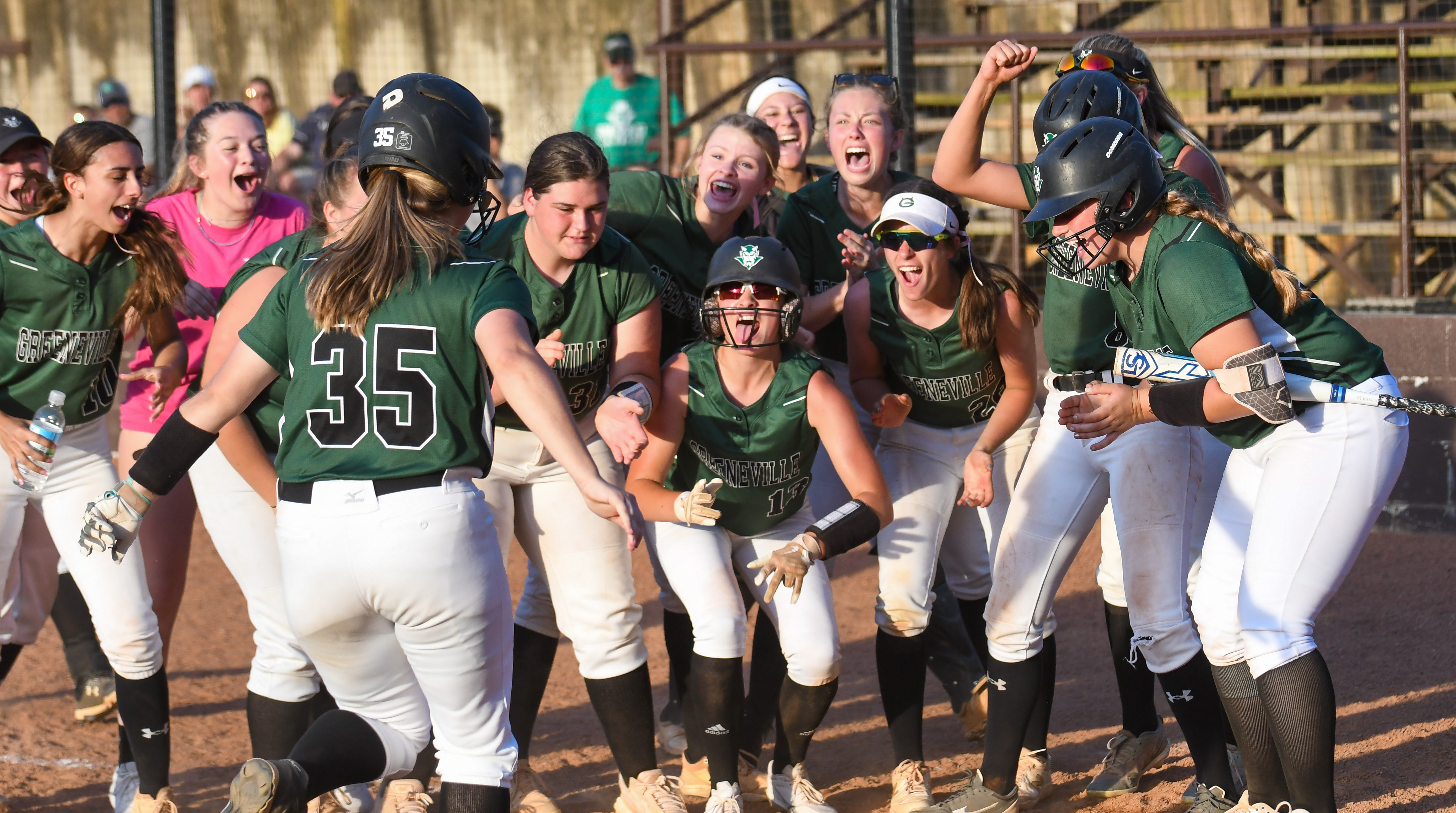 The Greeneville softball team needed a spark on Sunday afternoon, and Ella Moore provided it with a bomb that lit a fire under the Lady Devils and propelled them to a 6-3 win over Morristown West in the Championship Game of the Tiny Day/ Red Edmonds Memorial Tournament.

“Hitting is contagious and Ella was the one that got us started,” Greeneville coach Jenna Restivo said. “It was just a domino effect from there. Ella is one of those that can be a spark for everyone else in the lineup, and it was good to see her create that spark for everybody else.”

The Lady Devils completed a run of six wins in four days to win the tournament. As the postseason comes closer that is something the Lady Devils may have to do to keep advancing and Restivo was glad to see her team was able to string wins together under pressure.

“I was very proud of how the girls came out and played from game one to game six,” Restivo said. “That’s what I’ve been waiting to see all season, and to see that consistency now is important because we are going to need that in tournament time. Being able to have that tournament mindset is very important.”

Sunday’s championship started with Morristown West taking a 3-0 lead before Moore stepped into the batter’s box with two outs in the third inning. With two strikes on her Moore took a hard swing at a delivery from Bri Bunsic and the ball never stopped carrying until it cleared the fence in left field to tie the game at 3-3.

Kyla Jobe who reached base on a walk, and Ansley Collins who hit into a fielders choice that Jobe arrived safely at second on were scored on the home-run swing.

From that point things began to click for Greeneville as its defense played tough, Leah Phillips was hard to touch from the rubber and the offense picked up to carry the Lady Devils to a win.

Madison Carpenter led off the fourth inning with a single straight up the middle and Jobe moved her up with sacrifice bunt. Kaley Bradley then bounced a ground ball through the left side and advanced to second when the Lady Trojans threw home to stall Carpenter.

Collins then slapped a line drive through the left side of the infield and watched it roll deep into the grass to score both runners for a 5-3 lead.

Lydia Darnell followed by slamming a line drive to centerfield to score Collins from second which put the Lady Devils in front 6-3.

Phillips was named the tournament’s MVP. Against the Lady Trojans she struck out one, walked one and gave up six hits.

“It was good to see two strong games from Leah today,” Restivo said. “Even though they were not seven innings, they were tough games in the heat. She needs to experience that. It’s been great to see Leah mature, and obviously the experience behind her on defense helps a lot. Even when she is not at her best, she always finds a way to grit it out.”

Morristown West got the scoring started in the second inning. After Aubrey Messer led off the side with a double she scored from third on a pickoff attempt got away at third base.

Before the run scored scored Neveah Grooms put down a bunt and advanced to second while the Lady Devils got in a run down with Messer between third and home. Grooms was knocked in when Bunsic bounced a ground ball straight past second base.

Morristown West went in front 3-0 in the top of third inning when Maggie Seals sent a fly ball deep into centerfield.

Greeneville earned seven hits in the championship game with Collins going 2-for-3 with two RBIs and two runs scored.

Greeneville started Sunday by taking down Sullivan East 7-0 in the championship bracket semifinals.

The scoring started in the first inning. After Bradley and Darnell reached on a pair of walks Moore sent a sacrifice fly into left field that allowed Bradley to cross for a 1-0 lead.

Greeneville broke the game open in the second inning started by Lauren Million who led the side off with a walk. Carpenter put down a bunt that the Lady Patriots could not handle, and Jobe hit into a groundout to score Million.

Bradley hit a hard ground ball that was booted at third base to score Carpenter and then Collins legged out a triple that she fired down the right field line. Collins did not spend much time on third as Darnell blasted a double into the right-center gap on the next at bat to give Greeneville a 6-0 lead.

In the third inning Jobe dropped a fly ball into shallow left field and never stopped running to turn the hit into a double. Bradley knocked her home with a line drive into the left-center gap.

Greenville scored its seven runs on six hits. Bradley, Darnell and Jobe all had doubles and Collins had a triple.

In the circle Phillips struck out four, walked one and gave up one hit.

In addition to Phillips being named the tournament MVP Collins and Moore were named to the All-Tournament Team.

In the championship game the Lady Rebels took down Cloudland 12-2.

Allison Penley had the biggest day for South Greene as she went 4-for-4 with two doubles, a home run and six RBIs.

Madison Hensley went 3-for-4 with three runs scored. Anna Willett was 2-for-3 with three RBIs and a double. Whitney Casteel was 2-for-4 at the plate with a double, two runs scored and an RBI. Kaylee Whitson had a double and as a team South Greene pounded 15 hits.

In the circle Lexi Miller struck out four, walked one and gave up six hits.

South Greene started the day with a 9-3 win over Chuckey-Doak in the semifinals.

Penley again had a big outing as she went 2-for-2 with a home run and four RBIs.

For Chuckey-Doak Saniah Atchison, Makayla Ramsey and Breanna Roberts all had hits. Roberts had a double.

Miller earned the win in four innings of work. She struck out four, walked one and gave up four hits.

Ramsey took the loss in 2 1/3 innings. She struck out three, walked three and gave up four hits.

In the other semifinal North Greene fell to Cloudland 20-3.

The Lady Huskies earned five hits on Sunday with Zoe Sanders and Cambell Gaby each going 2-for-3. Haley Bailey was 1-for-3 with two RBIs.

Kylee Jones took the loss in the circle. In three innings she gave up 14 runs on 13 hits with two walks. Ashley Fulton gave up six runs on four hits with two strikeouts and two walks.