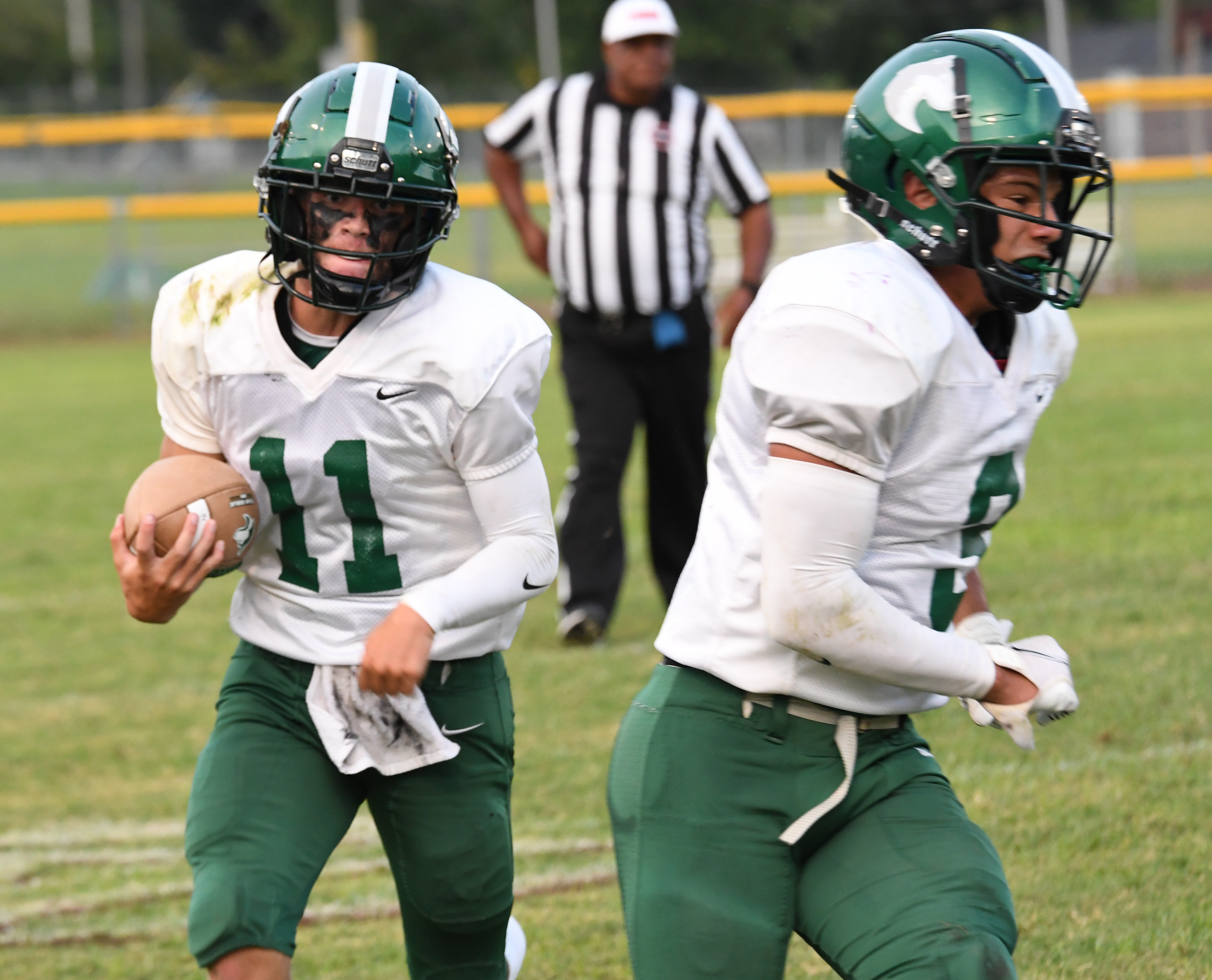 North Greene welcomed Castlewood, Va. to The Tundra for their home opener in the 2022 season and came up on losing end by the score of 49-20.

“We had a lot of missed opportunities. We were in the red zone three times and couldn’t come away with any scores,” Coach Tilson mentioned. “When you get the ball on the one yard line, we need to punch that in. And then dropped passes in the end zone. Just missed opportunities.”

The Huskies received the opening kickoff and went to work quickly with Grayson Collins scoring on a read option play from his own side of the field. The fourth down conversion soon turned into six points once Collins reached open grass.

Yeshua Vaught earned two points after on the conversion play and North Greene would quickly grab an 8-0 lead.

The defense held its own on their first drive with Damien Burns sprinting into the backfield for a sack. Thomas Darnell picked off Forrest McConnell soon after and ran it back all the way inside the 10-yard line.

North Greene would gain short yardage on each play but get stopped short of the end zone on fourth down and turn the ball over on downs.

The Blue Devils marched downfield before Austin Kiser took a direct snap from the one-yard line and pushed his way into the end zone for the Castlewood's first score of the night. The point after would be unsuccessful and they would trail 8-6.

The Virginian's got going again when Forrest McConnell was rushed in the backfield but found Brad Steffey open in the middle of the hash marks for a first down. Slade Castle would work them closer to pay dirt with a first down catch along the sideline. Castle’s hard work on the drive paid off with a touchdown along the left side to put the Devils ahead 13-8.

The momentum continued on the defensive side as Jimmy Shouse sacked Collins in the backfield. Shouse eventually ended up giving the ball back to the offense with a diving interception.

The teams then traded fumbles before Castewood punted the ball back to the Huskies.

Jake Duffy made up for a drop he had earlier in the game with a touchdown catch in the back left of the end zone to put the Huskies back ahead 14-13.

“He’s becoming a big target. He’s one of our fastest kids so he can take the top off a route which is what he did a couple of times and he goes and gets open and he can go get the ball. We try to utilize that when we can,” Tilson mentioned.

Kaden Lasley answered by taking a handoff outside and ran over two players on his way to the end zone for a 42-yard rushing score. A 20-14 lead for Castlewood would put North Greene behind the eight ball again.

The Blue Devils' Slade Castle would continue to be a problem on offense in the second half. The receiver hauled in a pass on an out route toward the sideline and cut up field until tackled he was at the five-yard line. The Blue Devils would soon take a two-possession 28-14 lead.

Colton Robbins would look to bring momentum to his sideline with a huge return to the 45-yard line on the kickoff. Yeshua Vaught then pounded the rock inside of the five-yard line before marching into the end zone on the next play.

Tilson stated, “He’s doing a good job for us both offensively and defensively. He’s the leader of our defense. Getting us lined up, getting the calls in, and flat out making plays.”

The Huskies would quickly put themselves back within one possession of the lead at 28-20.

Cayden Dishman hooked a route towards the sideline, made a tackler miss, and almost found his way to six points before being tripped up inside the red zone. Austin Kiser would do the duty of putting six up and the Blue Devils took a 35-20 lead late in the 3rd quarter.

Kiser added six more to the scoreboard with another touchdown on Castlewood’s next drive. The Blue Devils would gain a stronger hold on the lead with a 42-20 lead entering the fourth.

“They kind of went back to their old sets and started running the ball which is not what we saw on film but we have to adjust. We adjusted to it. They wanted the physical game and we did not,” Tilson said.

Kiser scored his fourth touchdown of the contest late in the fourth quarter.

The Blue Devils would control the entire second half on their way to a 49-20 road victory over the Huskies.