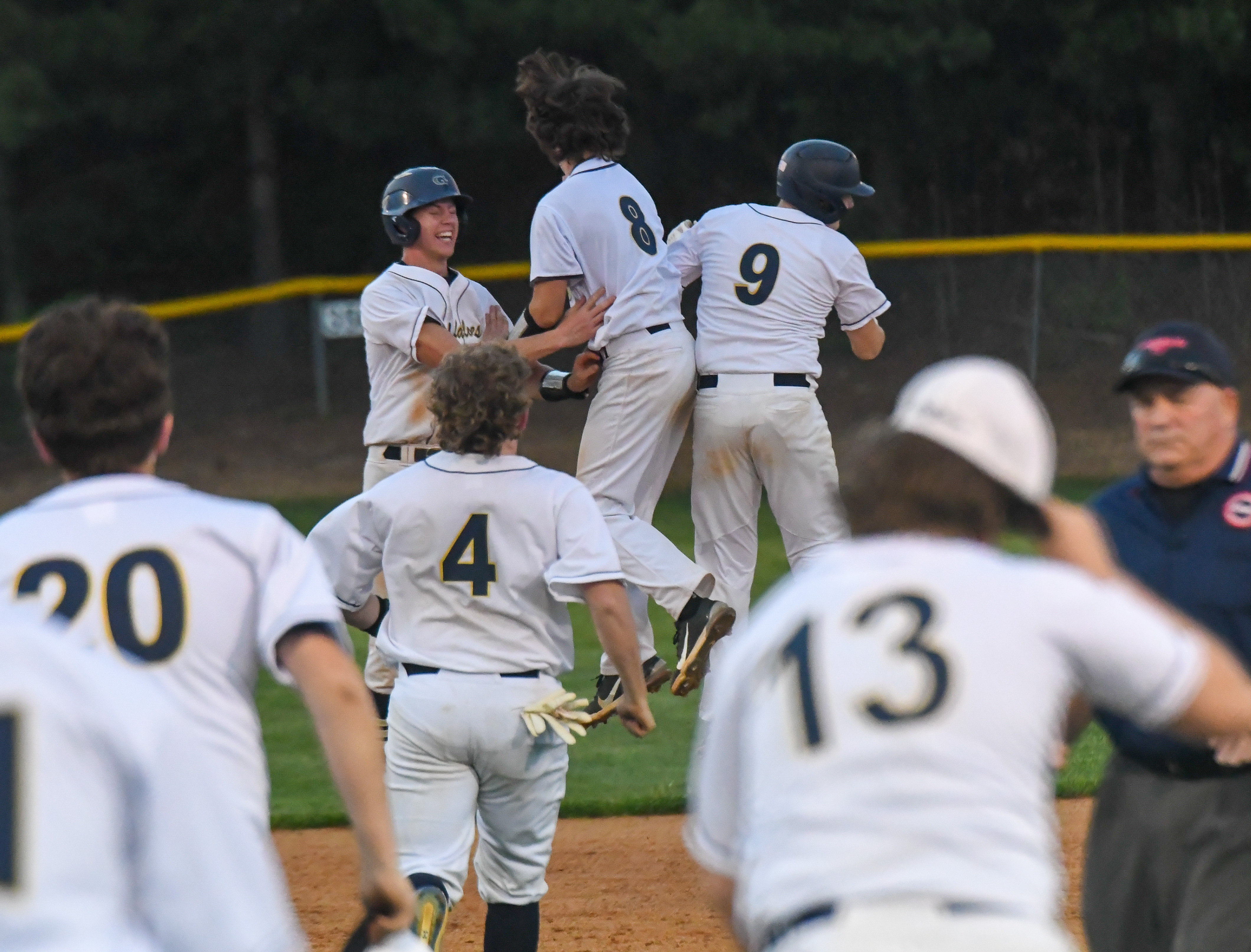 It was not always pretty on Thursday, but when it mattered most Mason McCamey came up with the best swing of the night to give West Greene a walk-off win over cross-county rival South Greene.

In the bottom of the eighth inning McCamey found the Buffaloes’ fifth hit of the evening, but it was enough to lift West Greene to a 4-3 win in the rubber match of the season series with the Rebels.

“That was especially big for Mason, he’s just a sophomore but he has come up big in a lot spots for us,” West Greene coach Adrian Sauceman said. “I told him three different times tonight that I have him in that spot in the lineup for a reason. He came up big for us.”

The decisive side started with Jaden Gregg and Keith Valentine both being hit by pitches to put two runners aboard for the Buffaloes. Cameron Wilhoit then loaded the bases when he sent a bunt down the first base line that the Rebels were late to cover, allowing him reach safely.

Next up was McCamey who blasted a fly ball deep into the right-center gap. It was the hardest hit ball of the night and it allowed Gregg to easily score to end the game.

The game-winning blast was not only big play McCamey produced in the extra inning. In the top of the eighth inning South Greene put runners on second and third after a pair of walks, but McCamey was able to end the side when he nabbed a shot from Nate Lisenby just before it hit the dirt and then tagged third base for the double play.

“Mason has worked as hard if not harder than anybody on his defense,” Sauceman said. “That showed tonight. He’s just a hard-working kid.”

South Greene opened Thursday’s scoring in the first inning. Lisenby got a ground ball through the left side for a single that ended up being South Greene’s only hit of the contest. A pair of wild pitches put him on third base, and he scored when Hayden Hartman hit into a fielder’s choice.

The Rebels pushed the lead to 2-0 in the second inning. Cody Rambo reached safely on an error at first base, and after two more wild pitches he was able to score before Valentine could work out of trouble with a pair of strikeouts.

South Greene took a total of 13 extra base on wild pitches and passed balls on Thursday.

West Greene got one run back in the bottom of the second. Judson Higgins reached base on a four-pitch walk, and he scored from second when Maddox Garber put a line drive through the right side to make the score 2-1.

The Rebels’ lead grew to 3-1 in fourth inning. Seth Franklin was hit by a pitch to start the inning, and his courtesy runner, Jacob Susong, moved to third on a pair of passed balls. The run scored when Jesse Lawing hit into a two-out error.

Another strikeout by Valentine was able to get West Greene out of the inning with the bases loaded.

“It’s frustrating sometimes because Keith can be a magician and get out of those tough spots,” Sauceman said. “He just throws too many pitches,  but when he’s on he’s tough to hit. We’ve talked about it, and last year some of those of innings would have been five, six, or seven runs. We have worked hard to make those one-run, or zero-run mistakes. That kept us in the game tonight.”

Valentine led off the bottom of the fifth inning by beating out a groundball to the shortstop. He scored from third when Justin Tweed dropped a single into shallow centerfield to close the gap to 3-2.

In the sixth inning three walks and a hit batter allowed Conner Campbell to score and West Greene tied the game at 3-3. The inning ended with the bases loaded.

Both teams put runners in scoring position in the seventh inning, but neither was able to get the go-ahead run.

On the mound Valentine went 6 1/3 innings for West Greene. He struck out eight, walked seven, and gave up one hit.

Austin Wampler tossed one scoreless inning in relief and Wilhoit threw the final 2/3 of an inning.

Rambo threw 2/3 of an inning with three walks, and Graydon Rader went 1 1/3 innings with a strikeout and one hit allowed.