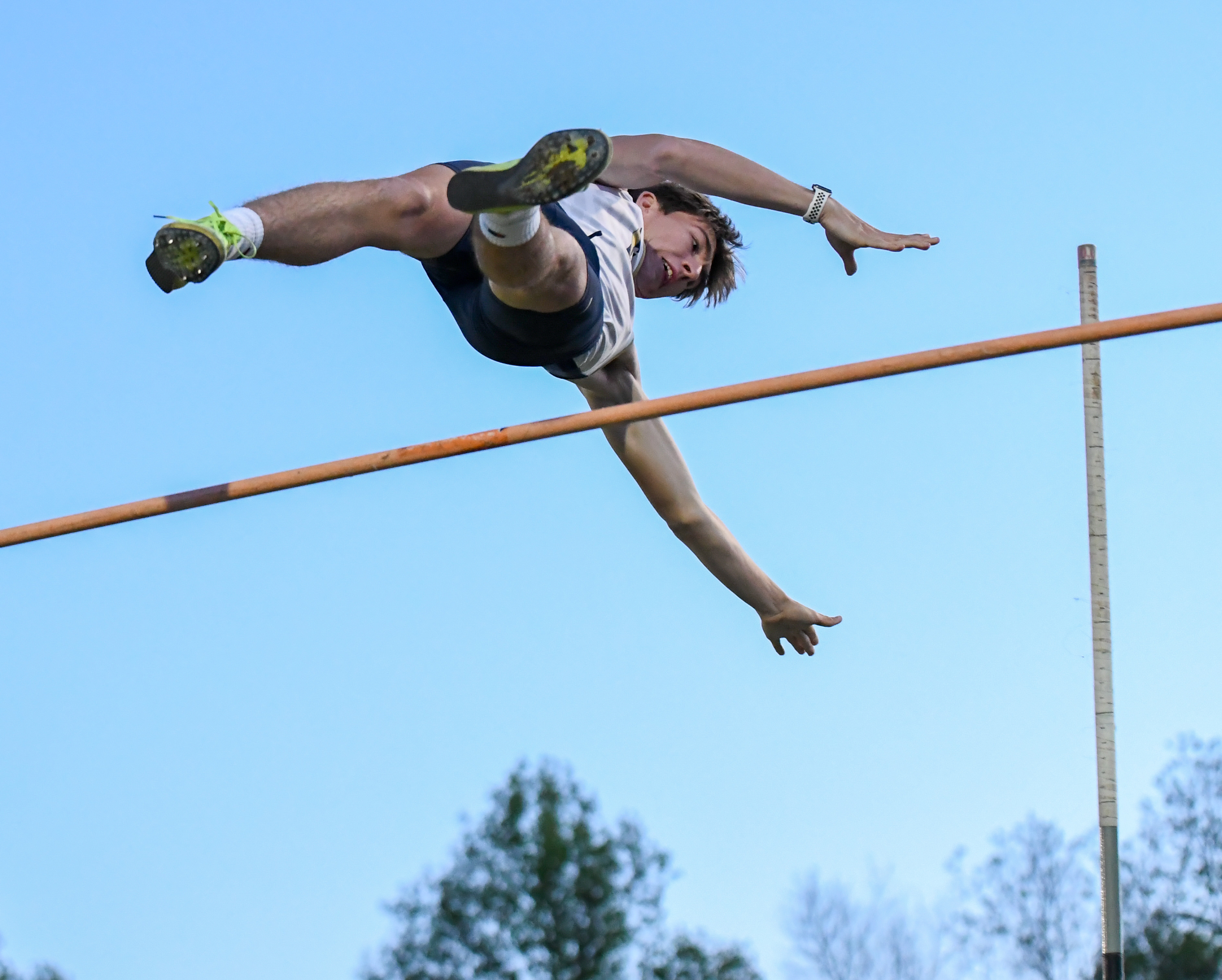 All four local schools had strong showings with the Greenville boys finishing second and the South Greene boys placing third.

During the meet Greeneville City Schools announced that the track at Greeneville Middle School would be named for Greenville native Terry Hull Crawford.

Natalie Friese led the way for the Lady Rebels by winning the 300 meter hurdles in a time of 55.88 seconds. She was second in the 100 meter hurdles and fifth in the long jump.

Ava Clark was third in the long jump and eight in the 100 meter hurdles.

Aydan Dyer was second in the pole vault. McKenzie Niston was third in the discus and fourth in the high jump.

In the triple jump Ruth Alvarez was fourth and Claudia Lastra was fifth.

For the South Greene boys Logan Wagner set a school record in the discus with a heave of 151’5”. He was second in the shot put.

In the pole vault Ronan Buss and Blake May tied for second place, and Matthew Mancil was sixth.

Burkey was third in the 110 hurdles. fourth in the 300 hurdles, and fifth in the triple jump.

In the high jump Jaden Stevenson was second and Edmonds was seventh.

In the discuss J.J. Durbin was second and in the shot put Mikeal Pillar was third.

Sweat placed seventh in the pole vault and Michael Velez was sixth in the 200 meters.

Olivia McClintock was fourth in the 100 meter hurdles.

In the 3,200 meters Anna Jackson was fifth and Grace Evans was sixth.

In the 800 meters Annika Vines was seventh and in the 400 meters Darla Kammerdiener was eighth.

For West Greene Bryson Church won the pole vault at 11’6”. Quintan Gregory was fourth and Drew Morrison was fifth.

For the Lady Buffaloes Macy Hinkle won the high jump at 4’8” and Hannah Brooks was ninth in the 1,600 meters.

For Chuckey-Doak Austin Morris won the long jump with a leap of 20’6” and he was third in the triple jump. Morris was also third in the 100 mters.

Cameron Fitzgerald was seventh in the 300 meter hurdles and Tristan Groberg was eight in the pole vault.

For the Lady Black Knights Laney Ricker was second in the long jump and Macy Cox was sixth.

Hannah Clark was third in the triple jump and Niome Merrill was fourth in the pole vault.

In the high jump Layla Fox was seventh.

In the 300 meter hurdles Samantha Fellers was fourth, and Emma Hoxie was seventh.

In the 100 meters Cox placed fifth and Taliah Johnson was seventh. Ricker was sixth in the 400 meters.