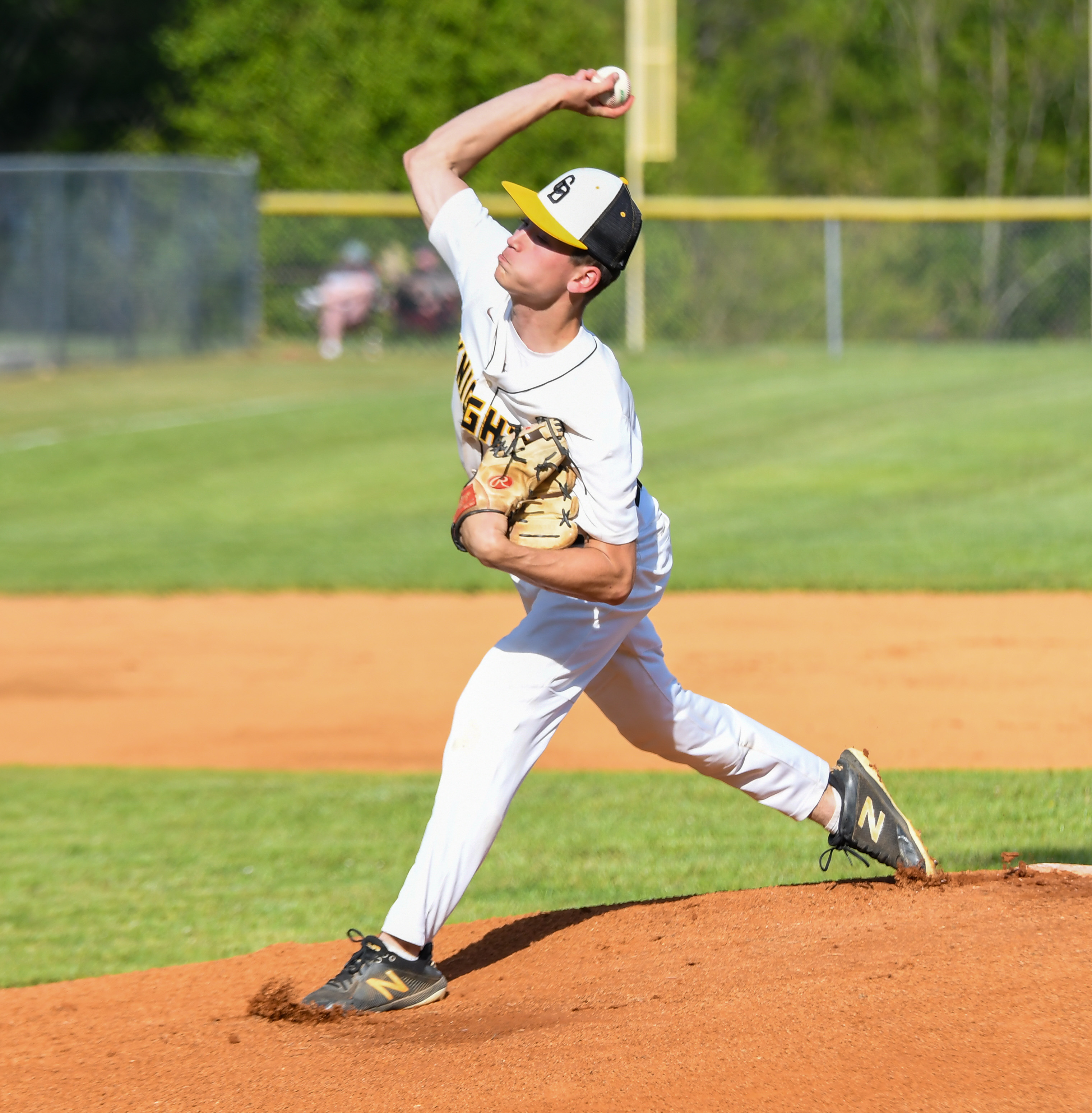 Chuckey-Doak’s Conor Lamons saved his best effort on the mound this season for his senior night as he shut down North Greene on Thursday night.

The senior went 6 2/3 innings with 14 strikeouts, five walks and only two hits allowed to lead the Black Knights to a 6-0 win over their cross-county rivals.

“Conor did a good job, he came out and pitched one of the best games I’ve seen him pitch,” Chuckey-Doak coach Jimmy Willett said. “Conor kept us in it tonight. He located the ball, and he always finds a way. He pitched a good game and we played good defense behind him.”

The win is the Black Knights’ 14th in a row, and now they will turn their attention to completing District 1-2A play with an unblemished mark as they take on South Greene on Friday. Chuckey-Doak has beaten South Greene twice already, but the Rebels have played Knights closer than anyone else in the league, most recently dropping a 5-2 decision on Tuesday.

“They have frustrated us every time we have played them,” Willett said. “We have to stay off of our fronts foot. They are going to go at us again. Both times we have faced them we have struggled with their pitching, we just have to learn to wait and let the ball travel.”

Thursday’s scoring started in the second inning. Lamons helped his own cause by bouncing a ground-rule double over the left-field fence to get the Knights going. He moved up on a wild pitch and his courtesy runner, Luke Myers, was knocked in when Datyn Bowman hit into a ground out.

In the third inning Eli Garber led off the side by dropping a single into left field. Austin McBurnett then lasered a line drive down the third-base line for an RBI double. Cadin Tullock knocked in McBurnett from third with a sacrifice fly that gave Chuckey-Doak a 3-0 lead.

Garber, who entered the starting lineup on senior night, went 2-for-3 for the Black Knights.

The bottom of the fourth inning Wade Fletcher led off by skipping a single over second base. Fletcher stole second and then Dillon Shelton sent a line drive to the right side. Tanner Sexton dove to keep the ball out of the grass, but Shelton reached base safely.

With the infield up on the edge of the grass to make the play at the plate Garber snuck a shot over the shortstop to score Fletcher. Shelton then scored when McBurnett bounced a ground-rule double over the centerfield wall for a 5-0 lead.

McBurnett scored the final run of the night in the sixth inning. He started things with a single to left field before Jaylen Willett scored with a sacrifice to the right field.

Lamons was also 2-for-3 with a double and as a team Chuckey-Doak earned 11 hits.

Drexel Gant led North Greene at the plate by going 2-for-2.