Lady Rebels Looking To Tighten Things Up Ahead Of Postseason Run 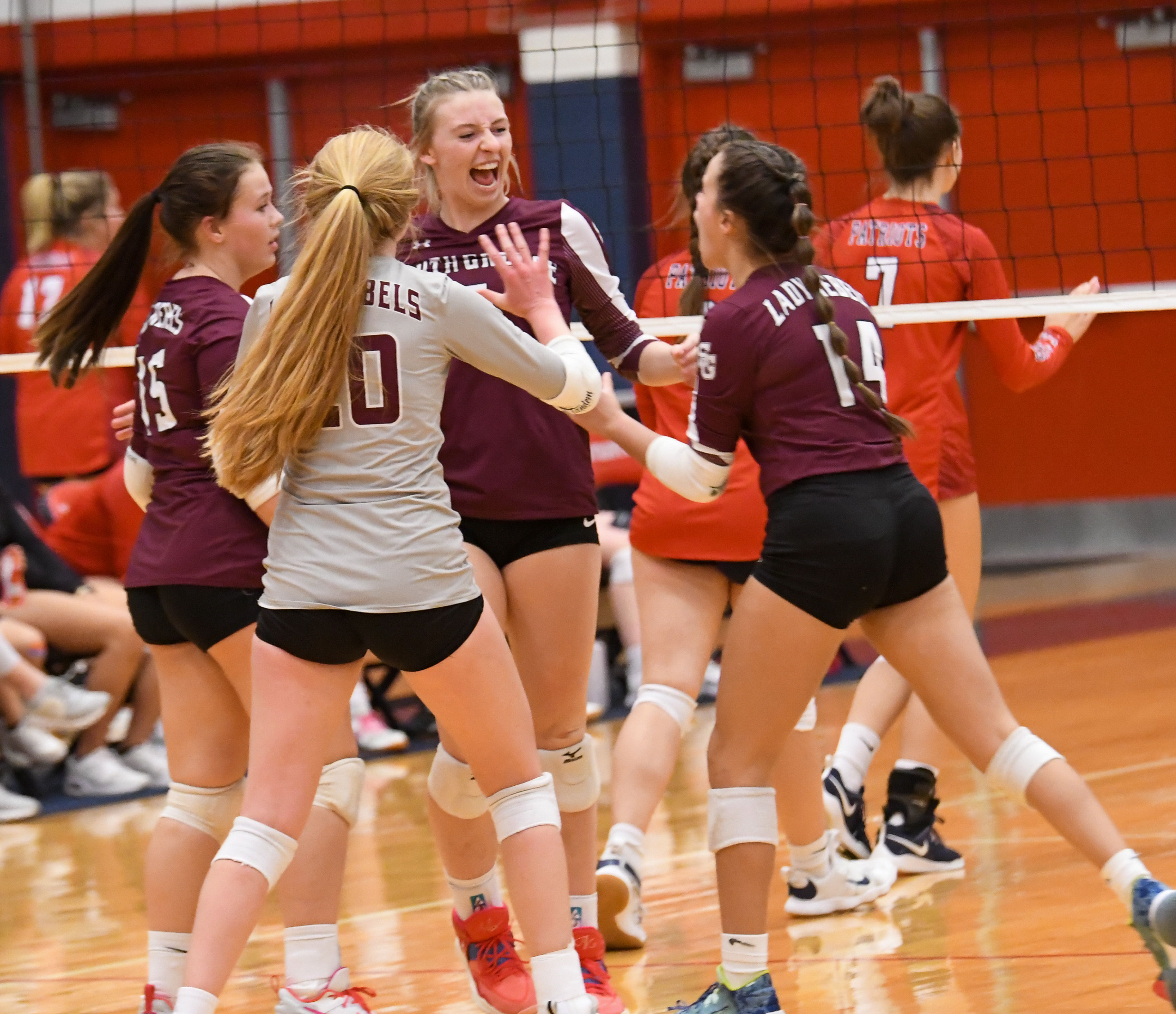 Lady Rebels Looking To Tighten Things Up Ahead Of Postseason Run

JEFFERSON CITY – The South Greene volleyball is looking to make another run to the state tournament after capturing the Class A State Championship a year ago, but time is running out for it to tighten things up as the regular season winds down.

On Monday the Lady Rebels took down Jefferson County 3-0 (25-12, 25-22, 25-20), but coach Stephen Gregg left looking for areas of improvement before the postseason begins in just over a week.

“We play teams like this to be tested for postseason runs,” South Greene coach Stephen Gregg said. “We still have a lot of things to fix and we only have eight games left, possibly, before the state tournament. Our goal is to get to state and then see what happens when we get there. We’re doing some things that are uncharacteristic of South Greene volleyball. We are compounding errors, we can’t give five or six points and expect to come back. And we can’t expect somebody else to make a play. We have athletes, sometimes we just need somebody to put the ball down.”

Monday’s first set began back and forth but South Greene found the first separation at 7-4 on consecutive kills from Jordyn Roderick and Ava Clark.

Mackenzie Niston then put down a kill from the left side and followed that with a second-hit kill off a tough dig from Aydan Dyer for an 11-6 advantage.

With Macey Waddell serving the lead grew to 16-7. In the run South Greene got kills from Ryleigh Gregg and Davanie Tarlton.

The Lady Rebels went on top 19-9 when Macey Snapp landed a kill from the back row. The 25-12 South Greene win finished with Roderick sending a kill down the right boundary and Gregg following with one from the left side.

The second set got started with three kills from Roderick and an ace from Dyer for a 6-2 South Greene lead, but Jefferson County answered with a kill by Isabelle Johnson and a block by Jayden Townsend to close the gap to 6-5.

Kills from Niston and Gregg put South Greene in front 11-6, and then a few errors by the Lady Patriots made it 14-9.

South Greene got a strong series of plays to move in front 23-16. First Niston hammered down a quick set from Addison Compton, then Roderick and Snapp caught Jefferson County off guard with a pair back-row kills. Baylee Jennings capped the run with an ace.

The Lady Patriots kept fighting and after Johnson came up with a block and a kill and Anne Huffaker landed a kill the Lady Rebels’ lead had shrunk to 24-22.

Clark was able to finish the 25-22 win with a kill on the next point.

In the third set Jefferson County took an 8-7 lead on a tough serve from Hailey Potts, and behind blocks from Johnson and Carissa Ballinger that lead grew to 14-10.

South Greene clawed back and when Gregg put some cyclonic side spin on an ace the margin narrowed to 15-14.

Niston gave South Greene the lead for good at 20-19 when she put down a quick set to from Compton. Niston added another dimension to the Lady Rebels attack on Monday with nine kills from the middle.

“Our percentages on that middle hit was pretty low in the early part of the season, but it energizes our team when we can connect on that,” Gregg said. “In the last two weeks that little combo has been more effective than it has been all year. We want to be able to connect on that every now and then to keep the pressure off the outside.”

Tarlton, Roderick and Clark finished out the set with kills for South Greene to complete the 25-20 win.

Roderick led South Greene with 12 kills on Monday and had 17 digs. Snapp had 16 digs, 14 serve receptions and five assists. Compton had 33 assists and nine digs. Clark had seven kills, Gregg had five kills, and Tarlton had six blocks.